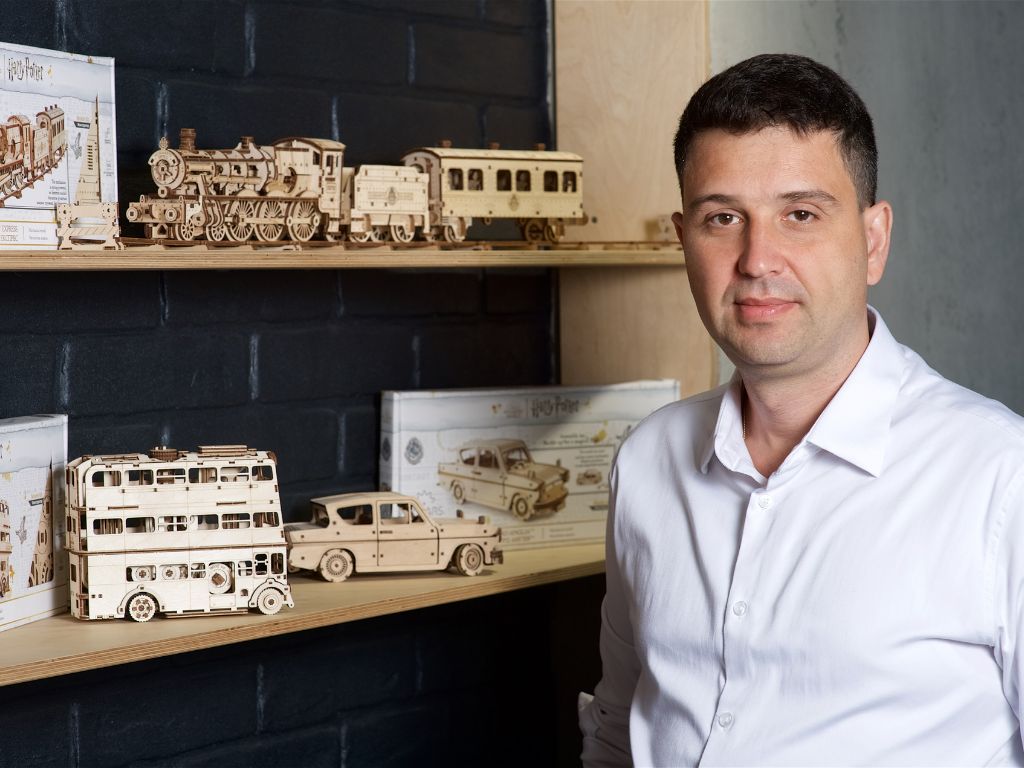 Imagine running a small business with missiles and mortars raining down around your company’s headquarters and manufacturing facility, while shock troops move in to occupy your town, slaughtering defenders and civilians alike.

That was the situation where Ugears, a reputed Ukrainian toymaker, found itself earlier this year when Russia attacked the east European nation.

However, the maker of wooden mechanical toys withstood Russia’s military invasion that damaged its manufacturing centre and burnt euros worth of inventory, to return to work.

Amid the challenges, the company succeeded in releasing 20 new kits this year, including military and a new line of Harry Potter™ themed models.

Ugears designs and manufactures wooden mechanical DIY models and 3D puzzles sold to hobbyists in 85 countries around the world. The models are an amazing combination of art and engineering, and have earned Ugears its place as an industry leader. By 2021, after only seven years of existence, the company had grown to the point where it was manufacturing a million puzzle kits a year.

When Russia’s full-scale invasion took place in February this year, some of Ugears’ 250-people team took up arms to defend Ukraine while some left to help protect or evacuate their families. Others survived occupation and daily rocket strikes in bunkers or underground tunnels, periodically checking in to let their colleagues know that they were alive.

As Russian forces drove to capture Kyiv, the Bucha region came under intense attack and eventual occupation. Ugears’s factory and warehouse were heavily damaged from shelling, with wooden puzzles worth 500,000 euros (£429,300) burnt to ashes.

The Horenka village was left in ruins, with no water or electricity supply, while devastating images from Bucha sparked outrage globally.

Despite these challenges, however, the magic of creating new model designs never stopped at Ugears.

“Even though the manufacturing was closed, and the country has been under regular shelling, our team continued to work remotely. We evacuated the computers of the Design and Engineering Team, so they developed new models that waited to be tested and launched into production,” Oleksiy Lysyany, CEO of Ugears, said.

While new product lines from Ugears include a collection of military and Harry Potter™ themed models, the puzzles ordered on the company’s international website https://ugearsmodels.com/ are shipped worldwide from Latvia, without changes or any delays.