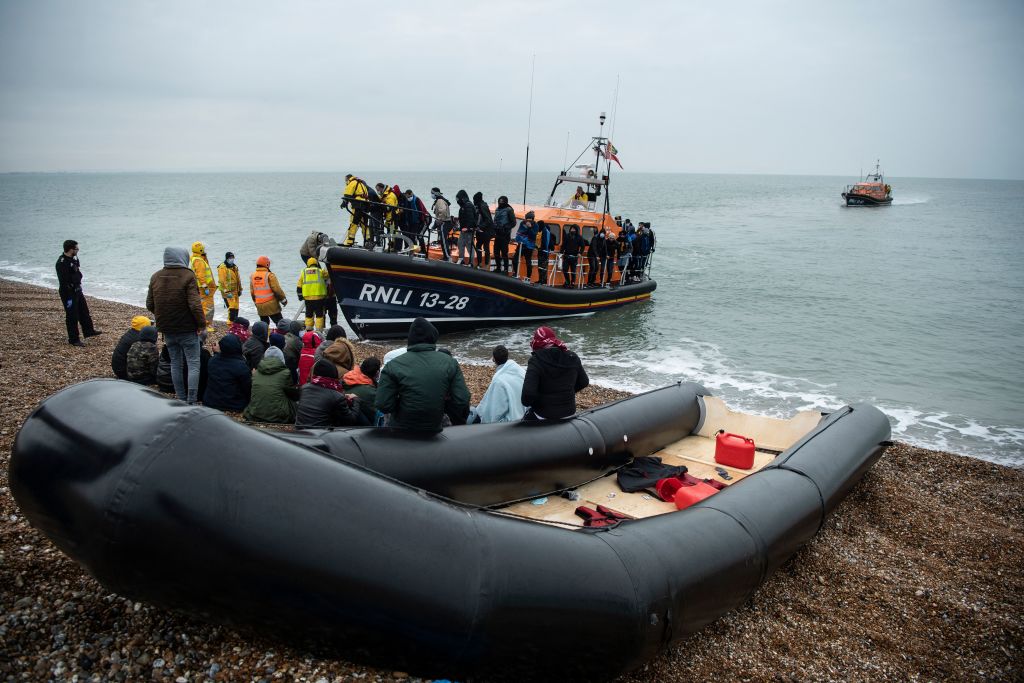 British interior minister Suella Braverman will set out plans on Tuesday for new powers which would ban migrants who cross the English Channel from claiming asylum, a government source said.

The government has been under pressure to deal with the rising number of people making dangerous journeys despite plans to deport those arriving illegally to Rwanda.

More than 30,000 people have made the crossing in small boats so far this year, already surpassing last year’s record. Government officials have warned the total could reach 60,000 by the end of the year.

Braverman will use her speech to the governing Conservative Party’s annual conference to commit to looking at new legislative powers so the government can deport those who come to Britain illegally.

“It’s right that we extend the hand of friendship to those in genuine need,” Braverman will say, according to advance extracts.

“Parts of the system aren’t delivering. We need to end the abuse of the rules and cut down on those numbers that aren’t meeting the needs of our economy.”

The new powers would go further than existing legislation and were designed to create a blanket ban on anyone who enters Britain illegally, including on small boats across the Channel, from claiming refuge, the source said.

The Home Office did not immediately respond to a request for comment.

The previous prime minister Boris Johnson had hoped that a plan to deport those arriving illegally to Rwanda would act as a deterrent to those arriving in dinghies and small boats, but numbers hit record levels over the summer.

The first planned deportation flight in June was blocked by a last-minute injunction from the European Court of Human Rights.

The U.N. refugee chief has called the policy of deportation to Rwanda “catastrophic” and the entire leadership of the Church of England denounced it as immoral and shameful.

Braverman will say on Tuesday she intends to ensure Britain’s policy on illegal immigration cannot be “derailed by abuse of modern slavery laws, the Human Rights Act or the European Court of Human Rights”, her team said.

The government wants to stop migrants from using slavery laws to avoid deportation.

Braverman, whose parents arrived in Britain in the 1960s from Kenya and Mauritius, will argue in her speech that the government will continue to help genuine asylum seekers. But she will say that changes are needed to stop it being abused.