UK raises alarm over child deaths due to virus-linked syndrome 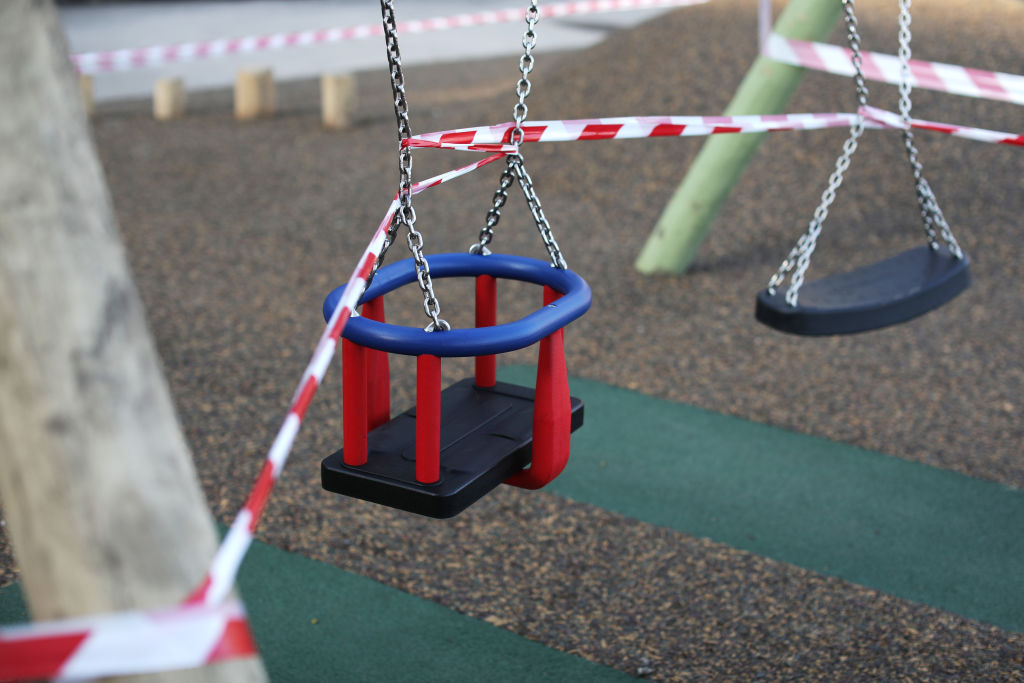 LONDON, UNITED KINGDOM – MARCH 24: A view of a closed childrens playground on March 24, 2020 in London, United Kingdom. British Prime Minister, Boris Johnson, announced strict lockdown measures urging people to stay at home and only leave the house for basic food shopping, exercise once a day and essential travel to and from work. The Coronavirus (COVID-19) pandemic has spread to at least 182 countries, claiming over 10,000 lives and infecting hundreds of thousands more.

Health Secretary Matt Hancock said on Tuesday (28) he was “very worried” at signs of a coronavirus-related syndrome emerging in children, but stressed it needed more research and remained rare.

The NHS issued an alert at the weekend about a small number of children presenting an unusual set of symptoms, including abdominal pain and inflammation around the heart.

They have required admission to intensive care, according to a report in the Health Service Journal.

“There are some children who have died who didn’t have underlying health conditions,” Hancock told LBC Radio.

“I’m very worried about the early signs that in rare cases, there is an impact of an auto-immune response in children that causes a significant disease.

“It’s a new disease that we think may be caused by coronavirus and the Covid-19 virus, we’re not 100 per cent sure because some of the people who got it hadn’t tested positive, so we’re doing a lot of research now but it is something that we’re worried about.”

The health secretary stressed that cases were rare. “Although it is very significant for those children who do get it, the number of cases is small,” he said.

The Guardian reported that there had been at least 12 cases.

Children were until now thought to be much less susceptible than their parents or grandparents to the most deadly complications wrought by the novel coronavirus, though the mysterious inflammatory disease noticed in Britain, Spain and Italy may demand a reassessment.

TSS is a serious illness associated with infections while Kawasaki causes blood vessels to become inflamed and is mostly found in children under the age of five.

Italian and British medical experts are investigating a possible link between the coronavirus pandemic and clusters of severe inflammatory disease among infants who are arriving in hospital with high fevers and swollen arteries.

Doctors in northern Italy, one of the world’s hardest-hit areas during the pandemic, have reported extraordinarily large numbers of children under age 9 with severe cases of what appears to be Kawasaki disease, more common in parts of Asia.

“It demonstrates just how fast moving this virus is and how unprecedented it is in its effect,” she told Sky News.

The national medical director for NHS England, Stephen Powis, said on Monday it was “too early to say” whether the new disease was linked to coronavirus but the issue was being looked into urgently.

England’s chief medical officer, Chris Whitty, said it was “entirely plausible” that it was linked to Covid-19.

Children have died from coronavirus, but usually serious complications are rare.

“Evidence from throughout the world shows us that children appear to be the part of the population least affected by this infection,” said Russell Viner, president of the Royal College of Paediatrics and Child Health.

But he added: “New diseases may present in ways that surprise us, and clinicians need to be made aware of any emerging evidence of particular symptoms or of underlying conditions which could make a patient more vulnerable to the virus.”