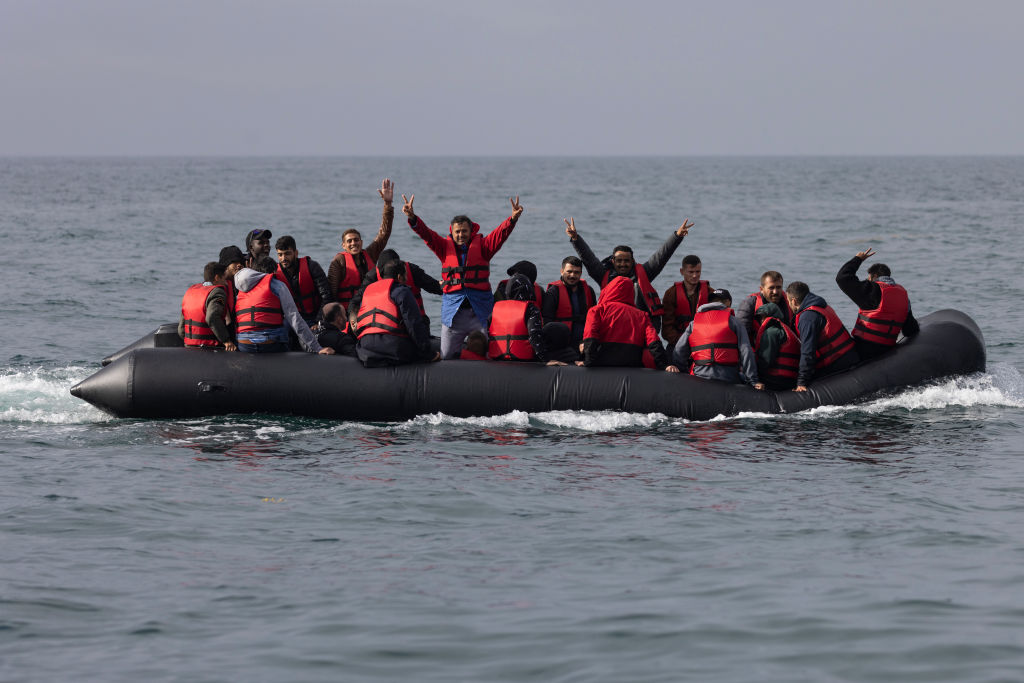 AT SEA, ENGLAND – AUGUST 04: An inflatable craft carrying migrants crosses the shipping lane in the English Channel on August 4, 2022 off the coast of Dover, England. Around 700 migrants crossed the channel from France on Monday, a record for a single day so far this year, bringing the total for 2022 to around 17,000. (Photo by Dan Kitwood/Getty Images)

The Home Office spent more than £2.5 million this year to charter boats and crew from private offshore companies to help it intercept migrants attempting to cross the English Channel, media reports said.

Contract disclosures reported by the Guardian showed that Aeolian Offshore, which works with the offshore wind industry, was paid close to £2 million for its help to pick up migrants. The Home Office also paid CWind £564,000 for similar services.

Three vessels of Aeolian were contracted for 12-hour shifts. They would depart from Ramsgate in Kent and reach “reported sightings of migrant vessels, to collect the migrants found”.

According to the contract with the company, “Border Force staff will conduct all migrant movements and work the deck areas while at sea. The migrants will then be placed in Dover before the vessel returns to Ramsgate overnight.”

It also said Aeolian would provide some crew, who “may be required to assist” in managing intercepted migrants.

Aeolian is based in Isle of Wight, off the Hampshire coast. The catamarans – Seacat Defender, Seacat Volunteer and Seacat Ranger – owned by the company regularly sailed into the Channel and between Ramsgate and Dover over the past few days, the Guardian reported, citing data from the Marine Traffic website.

The vessels are large enough for 100 people, in addition to 12 personnel of the Border Force and three crew.

The Home Office, however, has not published the details of its contract with CWind which is owned by the US investment firm JF Lehman & Co.

But the outline disclosure shows that its services involved “personnel transfer in support of migrant operations”.

The Home Office refused to comment on operational matters.

“However, we will always ensure the Border Force has the resources they need to protect our borders, including cracking down on the unacceptable small boat crossings and to save lives in the Channel,” its spokesperson told the newspaper.

The number of migrants illegally crossing the Channel surged this year amid the UK’s stalled efforts to shift asylum seekers to Rwanda.