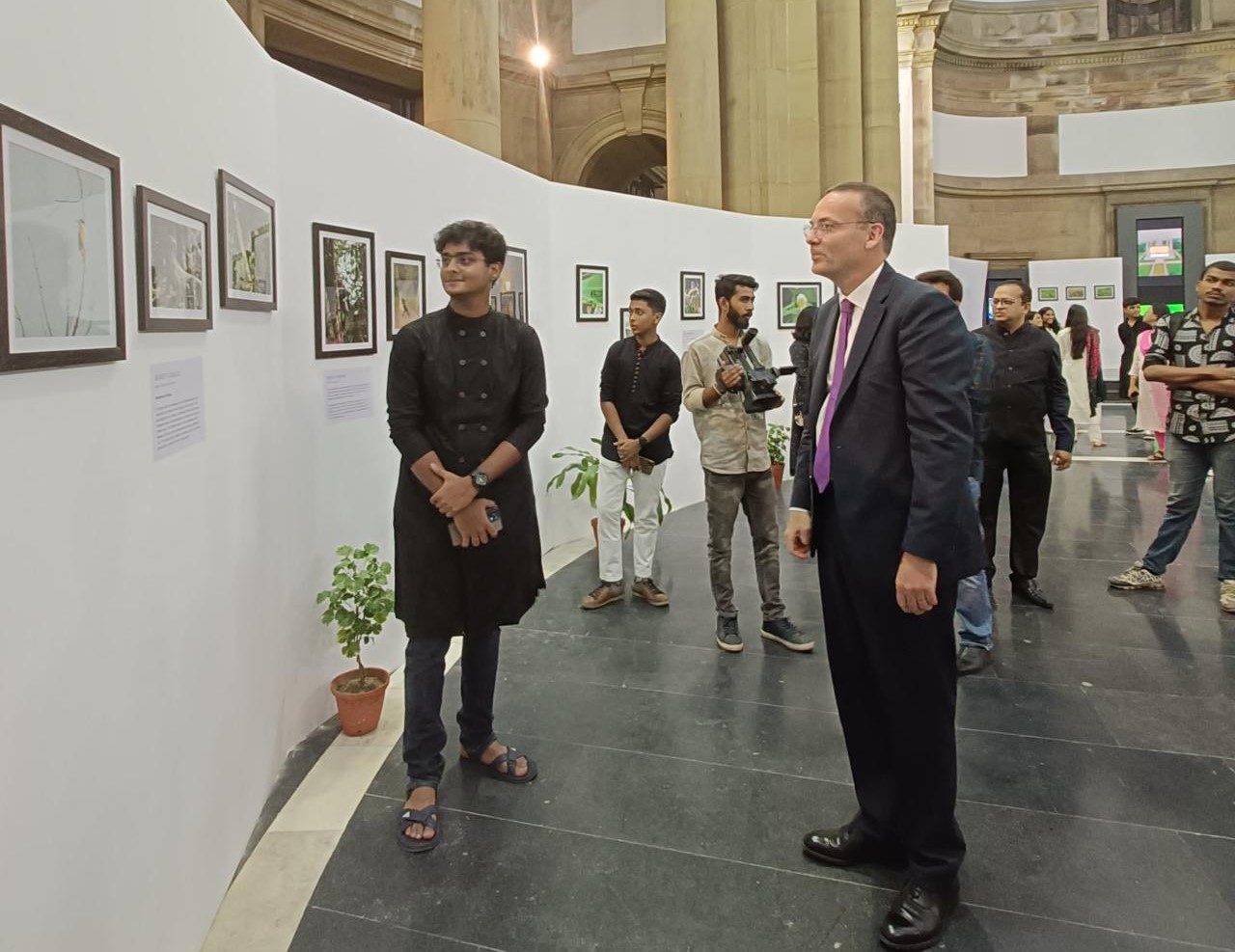 LAST week, I had the privilege of visiting India on behalf of the British Council, an experience which has prompted much reflection on the changing relationship between India and the UK.

India, the world’s fifth biggest economy, is destined to be its most populous country – with a median age of just over 28 years old. For the UK, our departure from the European Union provides both the moment and motivation to reassess relationships around the world.

During this moment of inflection, we see the arrival of Rishi Sunak as the UK’s first British Asian prime minister. This is a strong symbol of the UK’s diverse population and of the “living bridge” between our countries. This is a moment for the UK to build and strengthen reciprocal relationships with India across education, culture and beyond. While you cannot see the “living bridge” per se, it is possible to observe how it manifests in real life, particularly in the way we share and explore science, the arts and education together. Such connections build familiarity, understanding and trust – the ultimate purpose of the British Council – and from trust comes strong, and mutually beneficial relationships.

The British Council is currently in the middle of its UK-India Together Season of Culture, celebrating the 75th anniversary of India’s independence.

The season, advised by musician AR Rahman, is a programme of 40 artistic collaborations by more than 1,400 artists for audiences across India and the UK.  These explore shared global challenges including digital innovation, environmental sustainability and empowering young leaders of the future.

In higher education, the UK has extended study visas to nearly 118,000 students from India in the year ending June 2022 – an 89 per cent rise from June 2020-21.  It’s a significant jump, and we expect this upward trend to continue. India has become a leading source of international students, particularly when it comes to masters-level education. Among those considering studying in the UK, the British Council found roughly one in 10 did so because they already had friends and family here. And with India’s ambitious National Education Policy 2020, UK students can also become part of this by pursuing a part of their education in Indian university campuses, interacting with their young Indian peers.

The Covid pandemic somewhat stifled the signing of the ambitious India UK Roadmap 2030. But the pandemic also spurred practical people connections, among them an agreement to work together in shared virtual labs on research against future pandemics. We have supported an exhibition with the National Council for Science Museums India and the Science Museum Group UK, which I was pleased to open during my visit to New Delhi.

Covid arrived while we were undertaking a project working with craft organisations and communities across India. As lockdown hit, it was obvious that a switch to digital would be difficult because of a lack of skill. So, the project pivoted to help nearly 10,000 artists in rural areas to understand digital technology and the internet and how it could be used for product design and online sales. In the two years, we supported over 80,000 artists and festival managers.

Our centre in Delhi bears a mural designed by the UK artist Howard Hodgkin, that is inspired by a banyan tree and is symbolic of the intertwined history of our countries and cultures. The British Council is working hard to ensure the living bridge delivers a better future for both India and the UK.

Scott McDonald is CEO of the British Council, the UK’s international organisation for cultural relations and educational opportunities. @McDonaldScott_