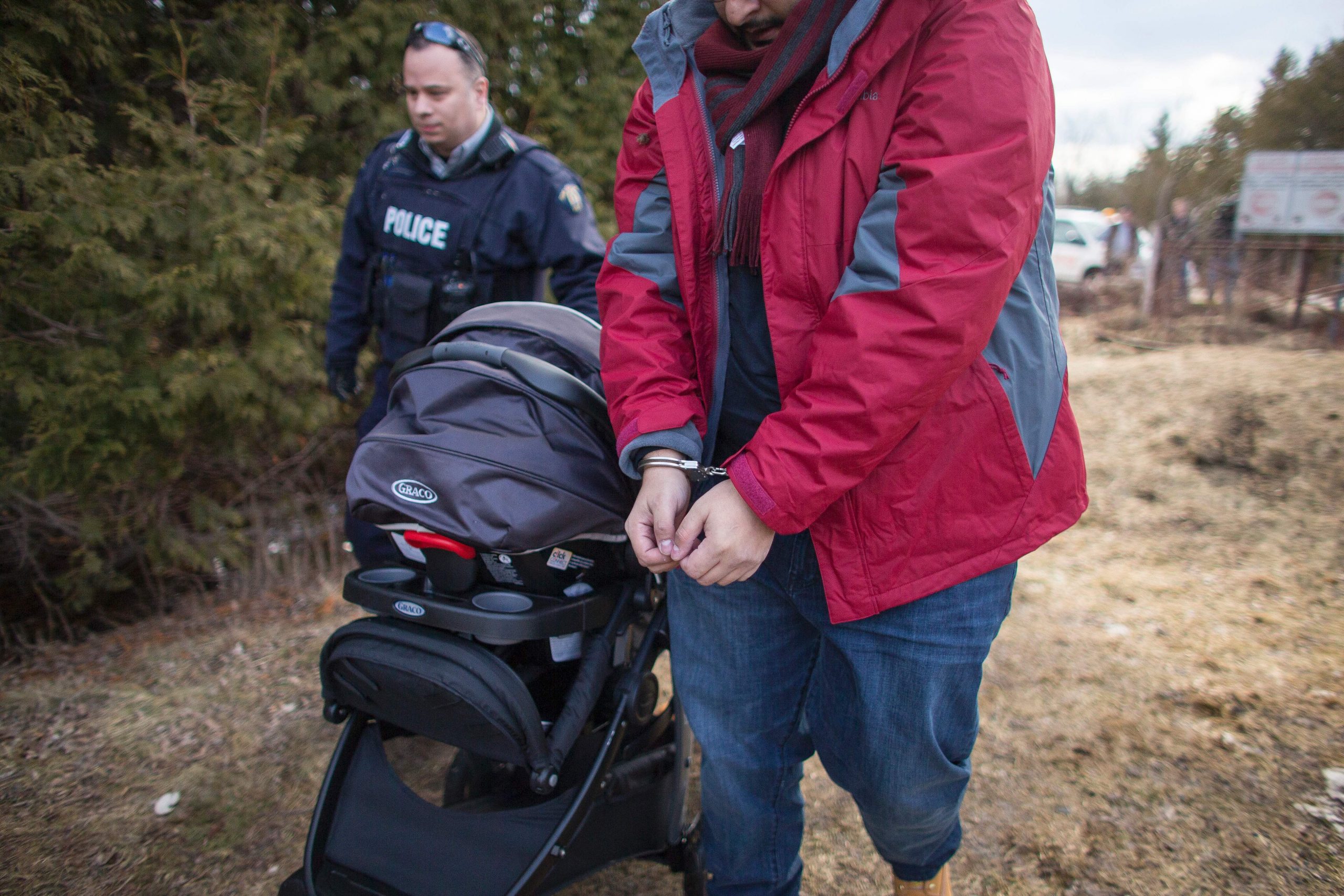 Two agents were arrested for facilitating illegal immigration almost a year after four members of a family from Gujarat froze to death near the Canada-US border while trying to cross into the US, police said on Sunday.

Ahmedabad crime branch officials arrested the agents from Kalol in Gandhinagar and Ahmedabad, and declared two others from Canada and the US as wanted in a case of allegedly getting 11 persons from Gujarat, including the family of four, illegally cross into the US from Canada, a senior official said.

Jagdish Patel, his wife and two children from Dingucha village in Kalol taluka died apparently due to exposure to extreme cold conditions on the US-Canada border in January 2022.

“The city crime branch has registered an offence in a case wherein the accused (agents) had forced 11 people to walk in the snow in a bid to get them illegally cross the US-Canada border, causing the death of four members of a family,” Deputy Commissioner of Police (DCP) (Crime Branch) Chaitanya Mandlik told reporters.

The investigation so far has revealed that the accused persons played a role in trying to get the 11 persons from Gujarat to illegally cross the international border (US-Canada), he said.

“The victims were taken to Toronto in Canada and later to Vancouver. The agents then dumped them at Winnipeg in Manitoba province leaving them to cross over to the US on their own,” the official said.

Of the 11 persons from Gujarat, seven who tried to cross illegally were nabbed by the US authorities after they landed there. Most of these people hail from Kalol in Gandhinagar and Mehsana, he said.

The Gujarat CID Crime has also registered an offence of (filing) bogus documents in connection with the illegal immigration case.

“The documents submitted in embassy and passport offices are to be verified to ascertain whether they are fake or genuine,” the official added.