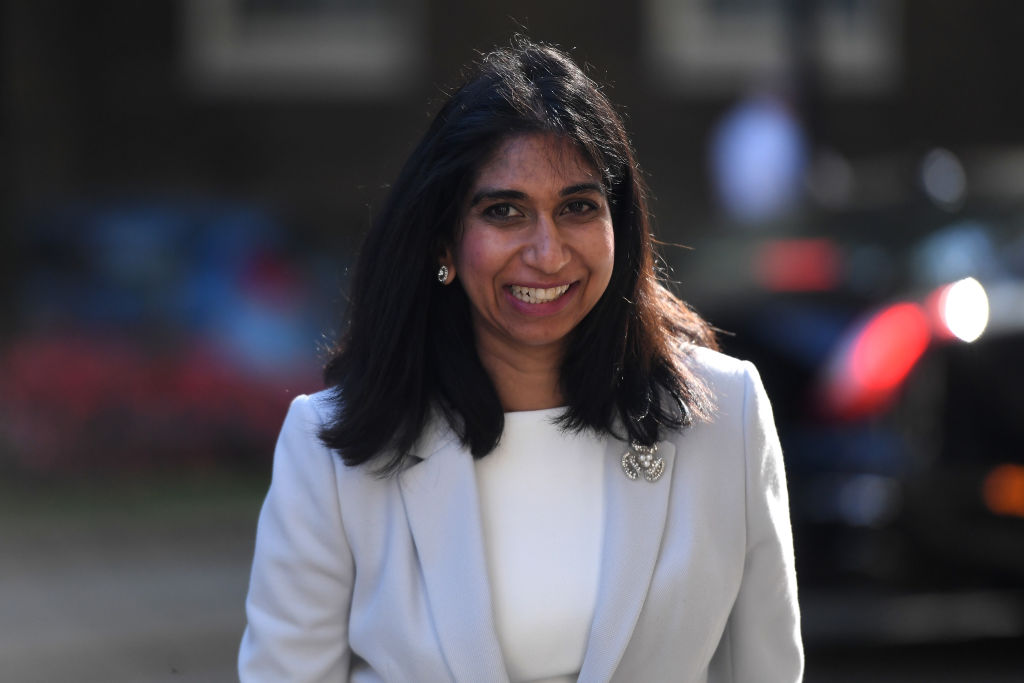 British Prime Minister Rishi Sunak on Thursday (27) came under fresh pressure on the re-appointment of Indian-origin Suella Braverman as home secretary after two Conservative MPs questioned his decision, days after she quit over data breaches

Braverman, 42, resigned from the Cabinet of former prime minister Liz Truss last week, having breached the ministerial code by sending secure information from her private email. She was reappointed by Sunak, the newly-appointed prime minister, on Tuesday (25), leading to growing calls for her resignation

Conservative MP Caroline Nokes said there were ‘big questions’ hanging over the issue and called for a full inquiry. And former Tory Party chairman Jake Berry said Braverman’s breaches had been multiple and serious

However, the new Chairman of the Conservative Party Nadhim Zahawi defended Sunak’s move, telling the BBC he believed in ‘redemption’.

“The prime minister looked at this case and he decided to give her a second chance,” he said

Speaking in the House of Lords, Cabinet Office minister Baroness Neville-Rolfe said the prime minister Sunak “was clear this is a government with integrity, professionalism and accountability”, adding: “I believe it was right to bring her back.”

In her resignation letter on October 19, Braverman admitted committing a “technical infringement” of the rules by sending an official document to someone not authorised to receive it.

“I have made a mistake; I accept responsibility; I resign,” she wrote.

However, just six days later Sunak, the first Indian-origin British Prime Minister re-appointed Braverman as home secretary. It came two days after Braverman had thrown her support behind him in the contest to replace Truss, in what was widely seen as a significant endorsement by an influential figure on the right of the Conservative Party.

On Wednesday (26), Labour leader Keir Starmer accused Sunak of giving Braverman a job in exchange for her support in the race for the leadership.

“He’s so weak, he’s done a grubby deal trading national security because he was scared to lose another leadership election,” he told MPs at Prime Minister’s Questions. Both Labour and the Liberal Democrats have also called for inquiries into Braverman’s reappointment.

Taking his first Prime Minister’s Questions, Sunak strongly justified his decision telling MPs: “The home secretary made an error of judgment but she recognised that, she raised the matter and she accepted her mistake.”

But Nokes – Conservative MP for Romsey and Southampton North – agreed there should be an inquiry into Braverman’s reappointment.

Speaking to BBC Radio Solent, she said: “I think what is apparent is that there are big questions hanging over this whole issue.

“And to be frank I would like to see them cleared up so that the home secretary can get on with her job.”

Berry – who served as party chairman under Truss but was fired by Sunak – has also questioned Braverman’s return to the cabinet.

He told Talk TV that Braverman had sent a document “from a private email address to another MP, she then sought to copy in that individual’s wife but accidentally sent it to a staffer in Parliament.

“To me, that seems to be a really serious breach – the cabinet secretary had his say at the time. I doubt he has changed his mind in the last six days.”

A No 10 spokesperson has denied reports that cabinet secretary Simon Case – the head of the civil service – was “livid” about the appointment.

The BBC has been told that the home secretary has requested further briefings on email security.

Raising the matter in the House of Lords, former Labour Home Secretary David, now Lord, Blunkett told peers the security and intelligence services could be reluctant to brief the home secretary and that other international security agencies would be reluctant to share information with the UK “if they’re fearful that information will be passed out from government itself”

Another row surrounding Braverman is also brewing with the Labour Party calling for a probe into reports that, as attorney general, she was investigated over the leaking of information related to the security services, according to British media reports.

Braverman, the Conservative Party MP for Fareham in south-east England, served as the Attorney General in the Boris Johnson-led government.

She was among the first contenders to throw her hat in the ring to replace Johnson as Tory leader and Prime Minister. She was named as the Home Secretary by Prime Minister Truss.

The mother of two children is the daughter of Hindu Tamil mother Uma and Goan-origin father Christie Fernandes. Her mother migrated to the UK from Mauritius while her father migrated from Kenya in the 1960s.