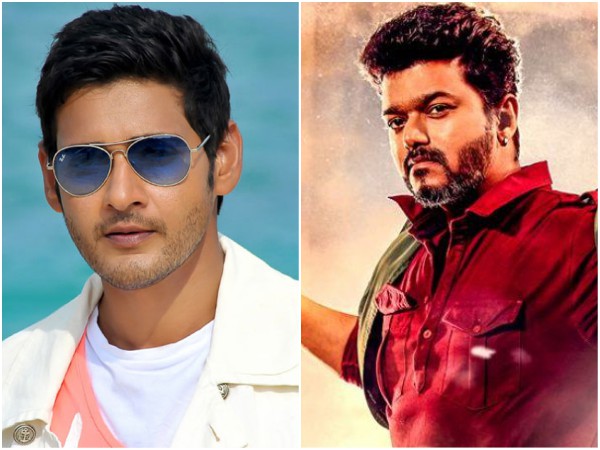 South superstars Mahesh Babu and Thalapathy Vijay’s fans have gone to war with each other on Twitter, over Babu’s blockbusters films Okkadu and Pokiri which were remade with Vijay in Tamil as Ghilli and Pokkiri.

Just like the original films, the remakes also set the box office on fire and turned out to be a massive commercial success. The war between the fans of both superstars took off when Vijay’s fans claimed that the Tamil remakes were better than Babu’s original films.

This uncalled-for comparison did not go down well with the fans of Mahesh Babu and they started using a series of objectionable hashtags on Twitter, including ‘National Troll Material Vijay’, and ‘Vijay Bots Under MB Fans Foot’, to name a few.

Both tags Trending at 1st and 8th position 🔥#VijayBotsUnderMBfansFoot#NationalTrollMaterialVijay pic.twitter.com/hTUlq4pdWc

This pic going to viral on social media 🔥🤣#BoycottGayMaheshbabu pic.twitter.com/FWpQbFa9U9

Meanwhile, Mahesh Babu and Vijay are presently busy with their respective projects. Mahesh Babu has joined hands with filmmaker Trivikram Srinivas for a project, tentatively titled SSMB28. The two have previously delivered such box office hits as Khaleja and Athadu. The upcoming film will see Babu alongside Pooja Hegde. Additionally, the actor has also given his nod to headline maverick filmmaker SS Rajamouli’s next untitled film, set to get off the ground next year.