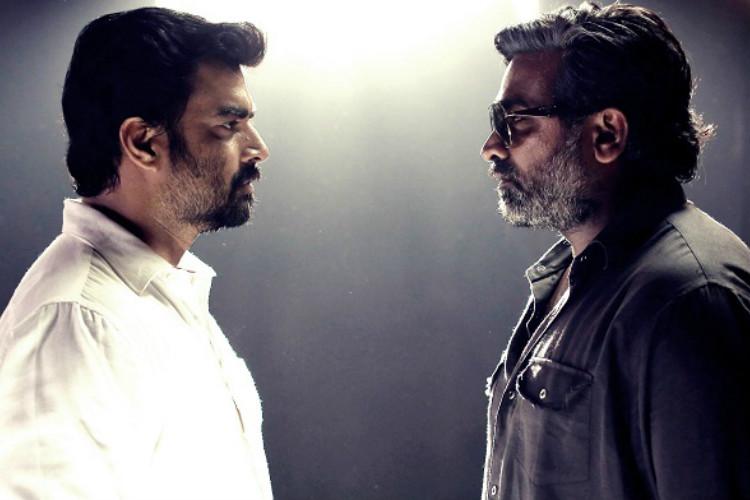 THIS week’s big Bollywood release Vikram Vedha is a remake of a smash hit 2017 Tamil film of the same name.

The story revolves around a tough police officer trying to kill a feared gangster, who voluntarily surrenders and tells him three stories which may change his perceptions of good and evil.

To get you ready for the hotly anticipated neo noir action thriller starring Hrithik Roshan and Saif Ali Khan, Eastern Eye decided to give you 20 interesting facts about the film, and the original headlined by R Madhavan and Vijay Sethupathi.

1. The original Vikram Vedha was written and directed by husband-wife duo Pushkar–Gayathri. They have also directed the remake, with their screenplay adapted into Hindi by acclaimed filmmaker Neeraj Pandey.

2. Pushkar–Gayathri drew inspiration from Indian folktale Baital Pachisi for the story and characters in the film.

3. Various settings, including business, journalism and politics were considered, before the writing directing duo settled on a gangster theme.

4. More than 3,000 (blank) bullets were fired on the sets of the 2017 film from authentic guns. This included a signature style for Vikram, who shoots twice for each kill.

5. In a deliberate move to add authenticity to their first interaction in the film, leads stars of the film Madhavan and Sethupathi met for the first time on the sets of Vikram Vedha.

6. Interestingly, when the two characters on opposite sides of the law are introduced for the first time, the police officer Vikram is wearing a white shirt to portray good, while the gangster Vedha wears black to portray bad. By the end, both wear grey to show their respective journey towards a grey zone between good and evil. This has been repeated in the remake.

7. Madhavan shed 11 kilos to play the role. He said eating the right food and being a vegan helped him lose the weight.

8. The role played by Varalaxmi Sarathkumar in the 2017 version was altered and re-written for her after she was cast in the film.

9. Shraddha Srinath was cast after her performance in U-Turn. Acclaimed actress Radhika Apte is playing her role in the remake. Kathir was cast in the original because the directors were impressed by his performance in Tamil thriller Kirumi (2015).

11. The ambiguous ending of the film led to the possibility of a sequel, but it never materialised.

12. The smash-hit original received rave reviews and 19 awards that included multiple honours for the directing duo.

15. Pushkar–Gayathri were not keen on directing the remake but agreed because it allowed them to put a new spin on the two main characters (but they said that the soul and story of the film would remain the same).

16. Shah Rukh Khan and Aamir Khan were initial choices for the role of the villainous Vedha, before Hrithik Roshan was cast.

17. The remake reportedly has more than 10 times the total budget of the original.

18. The directing duo wanted Madhavan to reprise his role for the Hindi remake, but he was busy on his directorial debut Rocketry: The Nambi Effect (2022). He is fully supporting the remake and is more excited about seeing Saif Ali Khan than Hrithik Roshan, as he is playing his role.

19. The India-set remake was extensively shot in Abu Dhabi to create a bio-bubble during the pandemic. Part of the set used to resemble Lucknow and Kanpur was originally built for Tiger Zinda Hai (2017).

20.The original 2017 Vikram Vedha is available on streaming sites ZEE5 and Amazon Prime. You can watch a dubbed Hindi version of the Tamil film on Hotstar. The remake is in cinemas now.