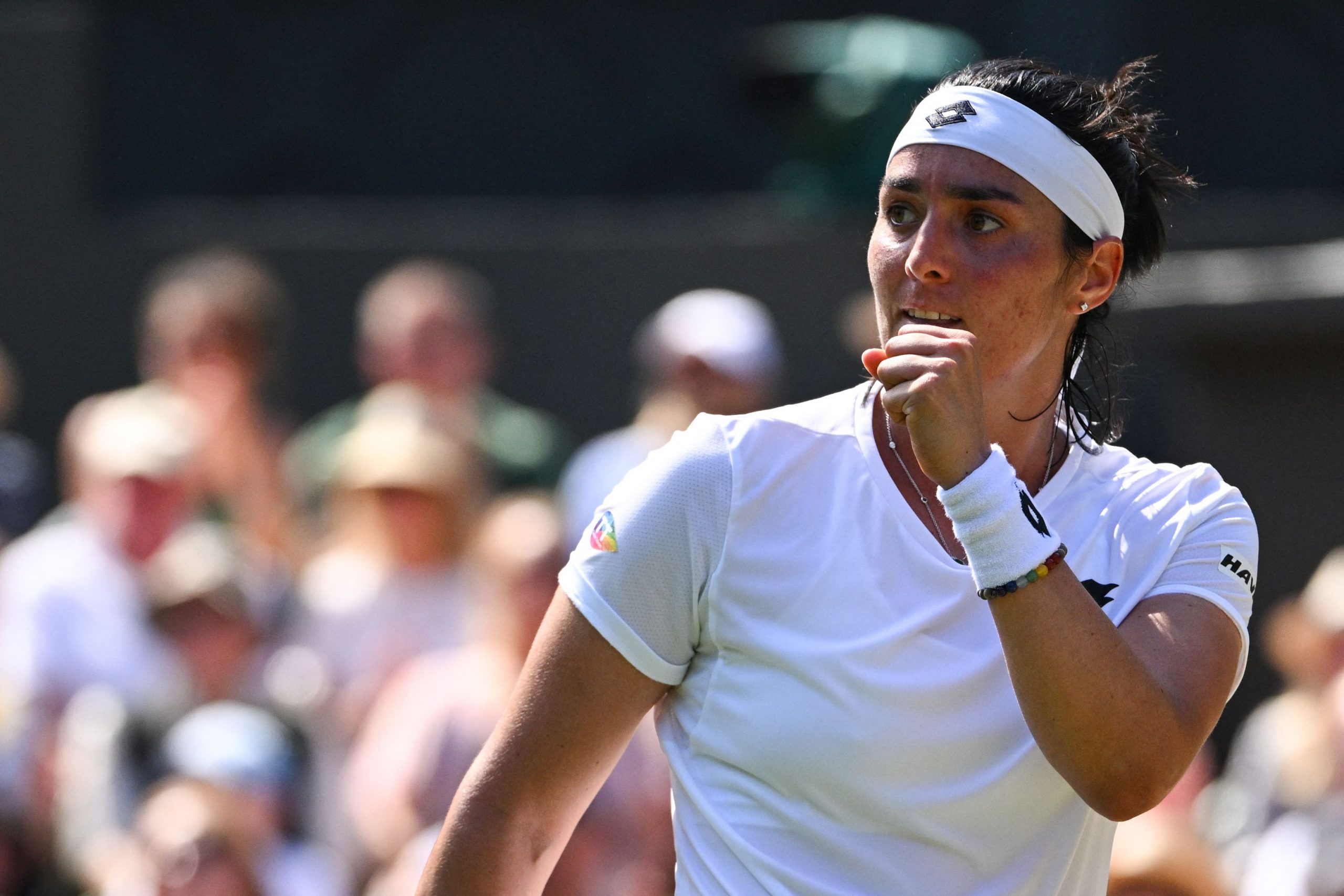 Tunisia’s Ons Jabeur lifted the spirits of an entire continent as she became the first Arab and first African woman to reach the Wimbledon final with a rousing 6-2 3-6 6-1 victory over her barbecue buddy Tatjana Maria on Thursday.

Before she stepped on court, American great Billie Jean King said Jabeur was “using tennis as a platform to help Tunisia, help Africa and help Arabs” and the 27-year-old did just that as she finally ended the remarkable run of mum-of-two Maria.

Maria, 34, was forced to save three break points in the opening game but was unable to prolong that resistance as she dropped serve in the third and seventh games before Jabeur sealed the opening set when the German smacked a backhand long.

However, the 103rd-ranked Maria refused to hand victory away on a platter to an opponent she calls “family” as she broke for a 3-1 lead in the second and held on to that advantage to draw level when the third seed sliced a backhand into the net.

But Jabeur finally lived up to her world number two billing to run away with the third set and set up a final showdown with either Romania’s 16th-seeded 2019 champion Simona Halep or Russian-born Kazakh 17th seed Elena Rybakina.