Tunisian authorities rescued 71 migrants as their boat began to sink after setting out from neighbouring Libya for Italy, the National Guard said Tuesday.

Monday night’s rescue operation came just days after a boat taking the same route across the Mediterranean capsized with more than 80 people on board.

Tunisian National Guard spokesman Houcem Eddine Jebali said the boat had set off from the Libyan town of Zuwara, west of Tripoli, and started to leak as it approached Tunisia’s Kerkennah Islands.

All of them are safe and sound, he added.

Dozens of migrants who have tried to reach Italy from Libya have been rescued in recent weeks off Tunisia’s shores.

But many others have drowned or have been reported missing, including the passengers of the ill-fated boat that took off from Zuwara last week.

The boat tipped over only hours after setting out to sea.

Tunisian authorities have so far retrieved 16 bodies from that tragedy, including those of a pregnant woman and a toddler.

A Malian survivor told the UN’s migration agency that 86 people had been on board the dinghy, which capsized.

“People were terrified as water started pouring in, some of them fell into the water. They stayed down there,” survivor Soleiman Coulibaly told AFP.

Libya has in recent years been a major departure point for migrants seeking to reach Europe across the Mediterranean. 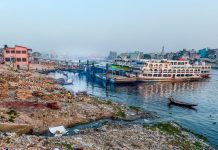 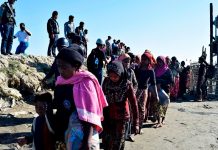 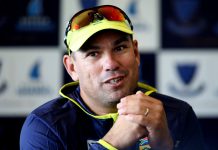