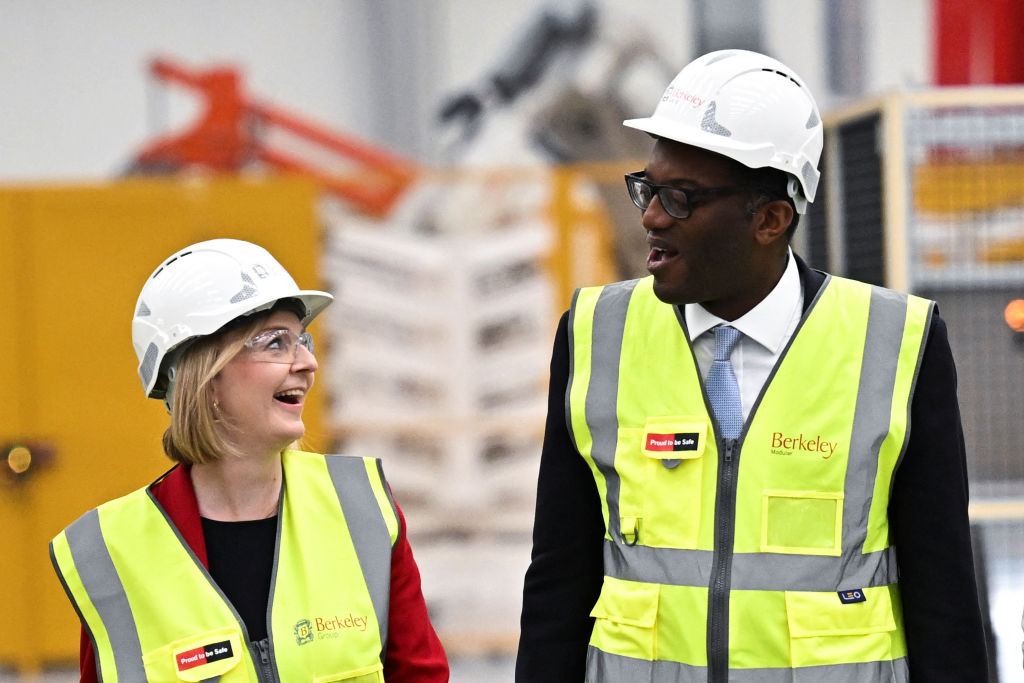 NORTHFLEET, ENGLAND – SEPTEMBER 23: UK Prime Minister Liz Truss and Chancellor of the Exchequer Kwasi Kwarteng visit Berkeley Modular, on September 23, 2022 in Northfleet, England. The Chancellor has released its growth plan of some 30 measures including tax cuts and an energy price cap for businesses which comes at a time when the UK faces a cost-of-living crisis, recession, soaring inflation and climbing interest rates. (Dylan Martinez – WPA Pool/Getty Images)

UK Prime Minister Liz Truss on Thursday defended her tax cuts policy, despite it triggering market turmoil and forcing a Bank of England intervention to prevent “material risk” to the economy.

“We had to take urgent action to get our economy growing, get Britain moving, and also deal with inflation,” she told local station BBC Radio Leeds in her first comments since Friday’s mini-budget.

“And of course, that means taking controversial and difficult decisions, but I’m prepared to do that as prime minister.”

“It’s important the United Kingdom’s on the front foot, that we are pulling all the levers we can to drive economic growth. That is what we are pushing ahead with,” she later told BBC Radio Lancashire.

Despite being in power for less than a month, Truss is already under severe pressure after the markets reacted to her government’s tax cuts by sending the pound to an all-time low against the dollar.

UK markets remain highly volatile, with the Bank of England intervening on Wednesday to buy government bonds in order to prevent a “material risk” to stability.

After sterling hit its dollar low early Monday, the bank said it would “not hesitate to change interest rates by as much as needed” to curb high inflation.

But it also signalled that it would wait until its next policy meeting on November 3 before fully assessing the impact of the government’s contentious plans.

Opposition leaders have demanded that Truss cancel her party’s conference that starts on Sunday and recalls parliament over the crisis.