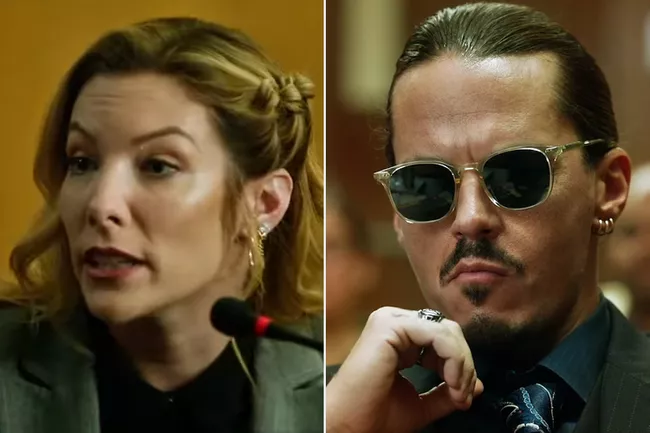 Free streaming platform Tubi has unveiled the trailer of a film dramatization of the widely covered Johnny Depp and Amber Heard defamation trial that took place earlier this year.

The Depp v. Heard defamation case was one of the most closely followed and controversial events of the entire year that took place between April 11 and June 1. It spawned a heated debate about domestic abuse. Both parties accused the other of being horrifically abusive, both physically and emotionally. The jury found that Heard was guilty of all three charges of defamation, but they also found Depp guilty on one of three charges of defamation.

The trailer of Hot Take: The Depp/Heard Trial features familiar touchstones from the trial, including Depp’s courtroom nonchalance, the intense scrutiny of Heard on social media, and yes, even a reference to James Franco — who was included on Heard’s witness list but never called to testify.

“It’s day one of the Depp vs. Heard defamation trial; though fans are showing support for both sides, there’s clearly a favorite here,” a reporter says in the trailer, referencing the Depp devotees who travelled from far and wide to attend the hearings and camp outside the courtroom.

Executive-produced by Brittany Clemons, Angie Day, Marianne C. Wunch, Hannah Pillemer, and Fernando Szew and produced by Autumn Federici and Kristifor Cvijetic, the film is slated to be out on September 30.