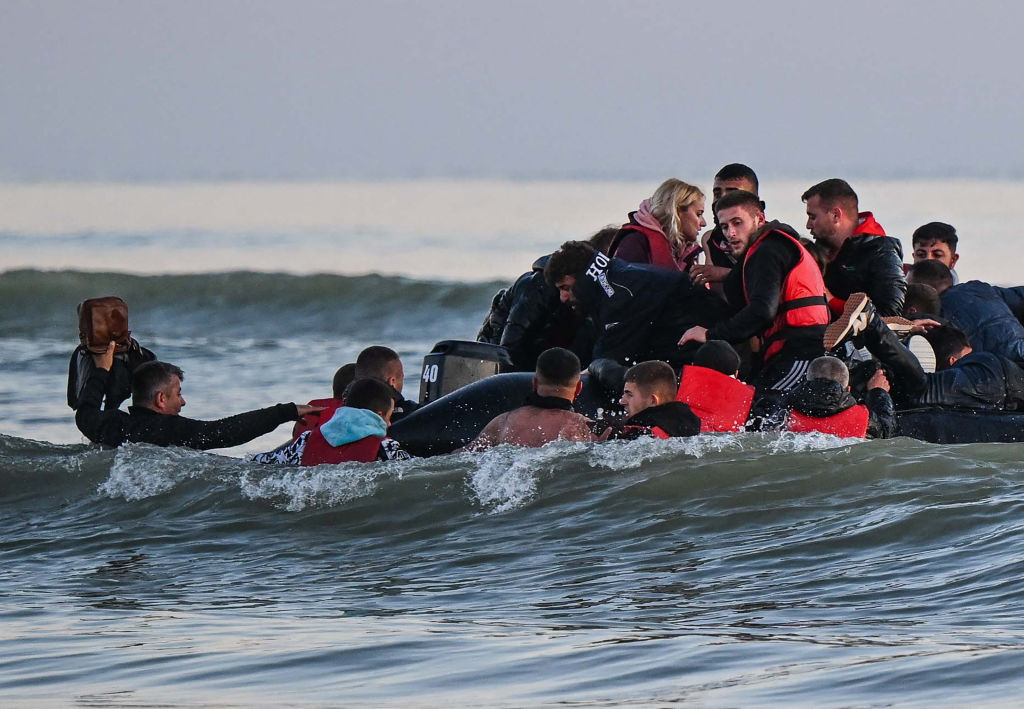 Albanian people smugglers are trying to exploit the Queen’s funeral to entice migrants into crossing the English Channel by offering them cheap prices.

The traffickers are promoting the deal on TikTok, saying migrants would be enabled to reach British shores at £1,600 – about half of the cheapest peak summer price – to attend the late monarch’s funeral.

In their bid to encourage families to make the dangerous sea journey, the people smugglers offer free rides for children across the Channel.

An advert reported by The Telegraph features an image of Elizabeth II in a mauve coat and hat. The text across the picture reads: “Who will participate in the funeral of this lady?”

It continues: “It is still possible for 1900 Euros if you contact me”.

“We also accept families and children in our boats, thank you,” the advert says.

Britain reacted sharply to the “deceitful online propaganda”, saying it was “totally unacceptable.”

It said the country was tackling the campaign with law enforcement, social media companies and overseas governments.

“No one should question this government’s determination to break the business model of the criminal gangs as every government department has been involved in tackling the issue of illegal migration,” a source told The Telegraph.

About 60 per cent of the migrants illegally reaching the UK via the Channel are found to be Albanians.

Official data showed that 253 migrants crossing the Channel in eight small boats were intercepted on Sunday after four days of zero detection.

“The Ministry of Defence does not believe that any migrants arrived on their own terms in a small boat from the English Channel,” the government said in an update on Tuesday.

Some 2,917 migrants have illegally crossed the Channel this month, taking the total number of people known to have made such journeys this year close to 28,000.