Tingling, prickling feet? A doctor explains when you should head to the hospital 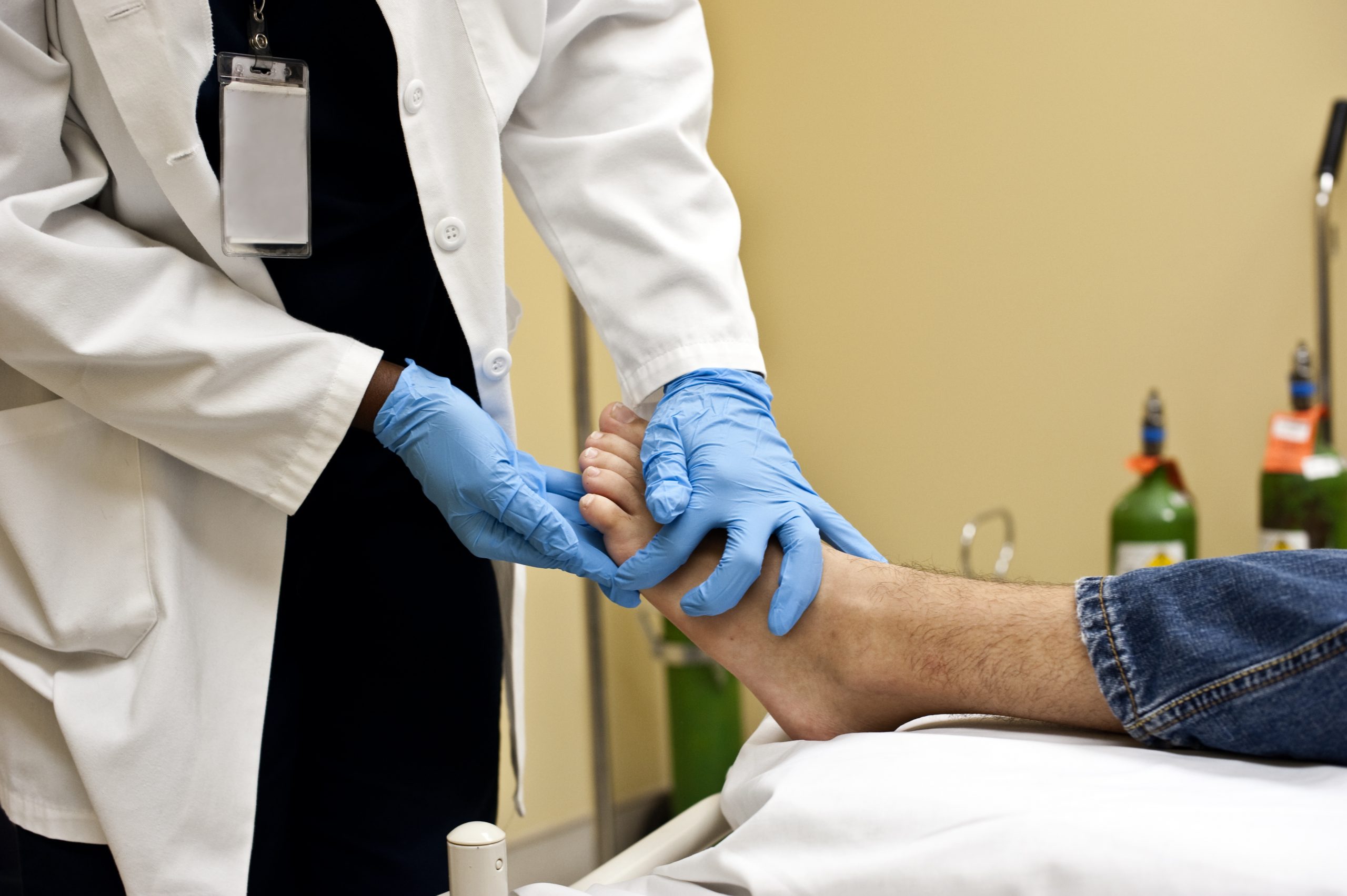 ‘Pins and needles,’ (paresthesia) is an uncomfortable sensation of tingling, prickling, itching, or crawling of skin – usually felt in the feet or hands. These areas are also sometimes said to have ‘fallen asleep,’ Better Health Channel states.

This is mostly a temporary condition caused by a blood flow blockage within the nervous system, informs the University of Rochester Medical Center.

Though we all experience some aches and pains, these are usually nothing to worry about. However, one health expert (Dr Mushtaqur Rahman) who is a consultant endocrinologist and diabetologist has revealed that if you suffer a selection of symptoms in your feet and if you’re diabetic, then you must visit a hospital.

This is because, in some cases, pins and needles sensation could be caused by temporary or permanent nerve damage (peripheral neuropathy) that affects the feet and legs of those who have diabetes.

Diabetic neuropathy is a type of nerve damage that can occur if you have diabetes.

Experts at the Mayo Clinic say that high blood sugar levels can injure nerves throughout your body.

In a video, posted on Health Shared the medic reportedly stated that many people don’t initially recognise that their symptoms could be deadly.

Therefore, the doctor warns, that diabetics need to take extra care of their feet as high blood sugar levels over time could damage the nerves all over the body.

The condition is known to impact those with type 1 and type 2 diabetes as well as pregnant women with gestational diabetes.

Peripheral neuropathy (when diabetes causes damage to your nerves) is characterised by frequent pins and needles, numbness and pain in the feet.

A loss of sensation in the feet can prove to be dangerous as, wounds will likely go unnoticed.

For this reason, people with diabetes are warned to keep an eye out for cuts, sore, or red spots, swelling or fluid-filled blisters and ingrown toenails – all of which could reportedly lead to an infection, sepsis or amputation, informs The Sun.

Dr Mushtaqur is quoted as saying, “Often what happens is that patients come into hospital with a red swollen foot with an ulcer which is infected and that infection can spread very rapidly.

“Make a patient extremely unwell and they can get something called sepsis which is a major cause of death if it’s not acted upon quickly.

“Also, the loss of a foot or limb, which we want to avoid.”

The medic has also warned against a condition known as “foot attack” – a term that is reportedly used to highlight the importance of early intervention in foot disease.

He has reportedly said that when you don’t know you’re having a foot attack, there is a risk of not getting the correct care, such as immediate antibiotics and removal of infected or dead tissue.

The doctor is quoted as saying, “If, for example, you have diabetic foot disease, you have neuropathy, you have diabetes, numb feet, you notice there is an ulcer, and you notice that your foot is swollen or red, or the foot it changing colour, especially becoming darker, which means that they might have gangrene or you’re feeling very unwell, shivery – you must go hospital straight away.

“You must ask a health professional to make sure that you are seen by a diabetic foot team- which every hospital should have.”

It’s important that you’re seen by a surgeon at an early stage so that decisions can be made, before things get worse, he said.

He also told The Sun, that once you are referred to a diabetic foot team, they will ensure you get an x-ray and that you’re started on antibiotics without delay.

Dr Mushtaqur adds that the doctors will also make sure that your diabetes and blood glucose is brought under control – and also if help is required to keep your blood pressure up.

Whether you’re at risk of developing diabetes or have had your diagnosis for years, as your blood sugar levels get higher, nerve damage could cause tingling in your feet, Dr Oluwatosin Thompson, M.D., a neurologist at the Greater Baltimore Medical Center in Towson, M.D. told Prevention.

In fact, according to National Institutes of Health (NIH) up to half of people living with diabetes also have peripheral neuropathy, he explains.

So, can diabetic neuropathy (nerve damage due to diabetes) be prevented? According to Dr Mushtaqur, it definitely can, by managing your condition by following an exercise regime regularly, eating a healthy diet and quitting smoking.

The NIH states that some of the common symptoms of diabetes include numbness or tingling in the hands and feet, as well as increased thirst, hunger, urination and fatigue.

A blood test can help determine your blood glucose levels.

According to the National Institute of Neurological Disorders and Stroke, type 2 diabetes can be treated with either oral medicine, insulin and/or diet changes, while type 1 diabetes can be managed with insulin.

Also, getting your blood sugar under control (with lifestyle modifications and medication) may help reduce your symptoms and prevent further nerve damage.