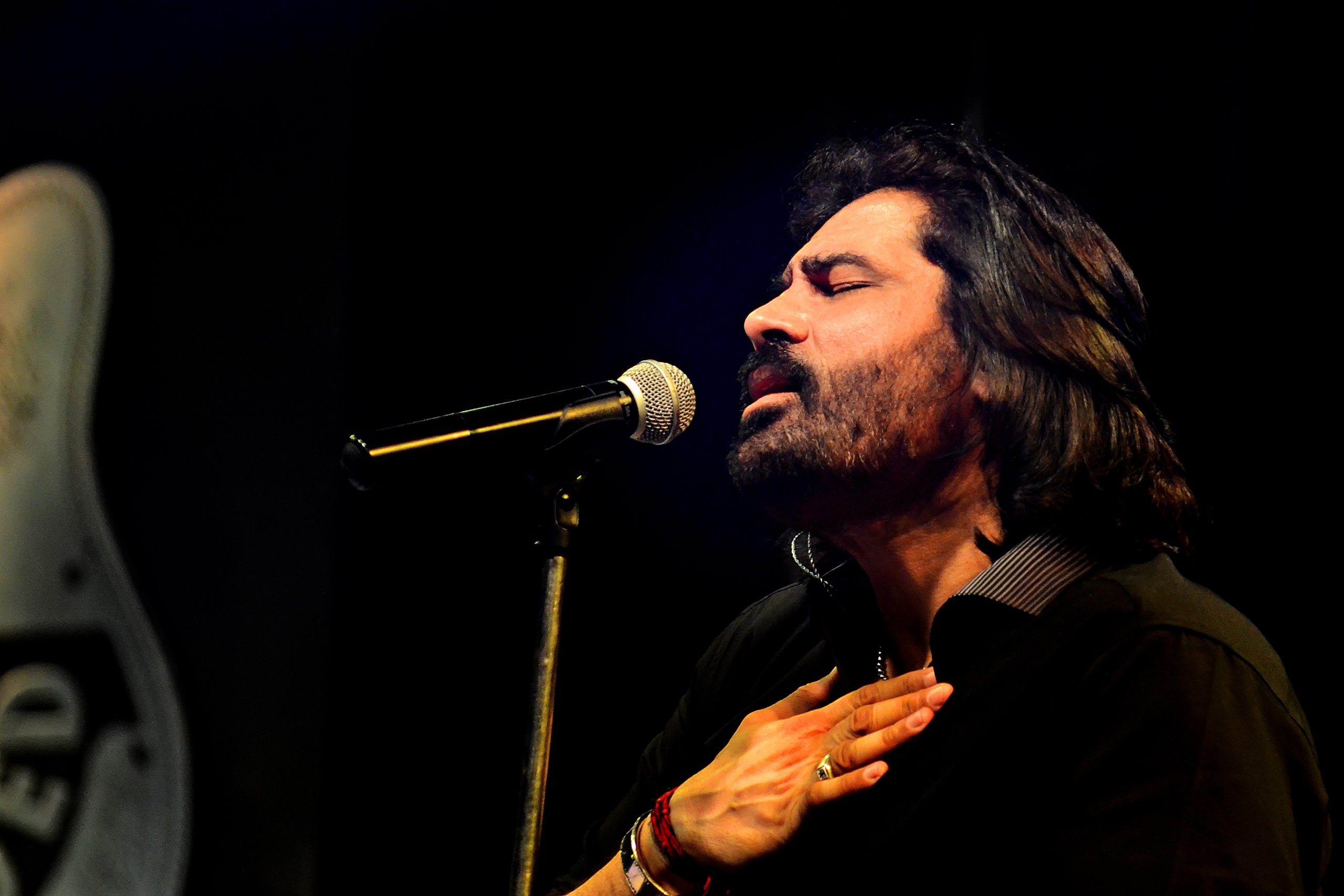 The newly released Shafqat Amanat Ali: Tribute to Legends – Ghulam Ali album is one of the best this year.

The popular Pakistani singer has delivered seven stunning cover versions of songs made famous by great maestro Ghulam Ali. By finding that hallowed middle ground between artistic and commercial music, Shafqat has delivered a masterpiece album that has cross-generational appeal. A nice added touch is that there are two songs featuring the ghazal legend’s son, Amir Ghulam Ali.

Eastern Eye caught up with the Pakistani singing star to discuss his music journey, stunning new album, greatness of Ghulam Ali, why he doesn’t feel pressure, inspirations, and the art of injecting emotion into songs.

How do you reflect on your musical journey so far?
The only way to describe my journey is to call it a blessing. I have been blessed at every stage. It has been full of learning and great experiences, with many new things at every point. I got the opportunity to work with brilliant musicians and producers. I got to sing for the silver screen and received a lot of love for that, with every song. I was able to release my own albums, which got me so much fame and love from audiences. Watching my first ever music video on television was an unmatched high that can’t be described in words (smiles). It is nothing short of being blessed.

What led you towards releasing your new album?
The idea behind this new album and tribute we are doing through it came from a thought which often bothers me. Most people know songs but don’t know who produced, wrote and composed them. These beautiful melodies are so well written. In the case of one absolutely beautiful song Jo Na Mil Sake Wohi Bewafa, it has been produced by Nazeer Ali saheb. He is the man behind many timeless melodies from our country, and the idea was to bring his name and brilliant work into the spotlight. The purpose was to bring all such composers and producers forward and showcase their work.

What else drew you towards this project?
The second incentive for me was that I got a chance to sing these classic melodies. And more importantly, I wanted to sing them the way I imagined them and how I felt these compositions should be musically arranged and presented. I got to do all that with this album.

Tell us more about the album?
This album is more about the composers behind the original tracks. We have extremely talented and excellent producers but since we didn’t have a very strong film industry in Pakistan, these names never really got the attention and kind of fame they deserved. Their body of work is not known as much as it should be. I have been listening to these melodies since I was in university, and we used to really admire these compositions. This album is all about those forgotten composers and music producers. It is my tribute to them.

How did you decide on which compositions to select?
I had heard all these melodies when I was young, so was very familiar with them. These are beautifully sung by legends. Most of these were sung by Madam Noor Jehan, whom I am a huge fan of. The first single, Bhul Jaan Sab Gham Duniya De, has been sung by Madam Noor Jehan and Ghulam Ali Khan saheb. I am a sucker for good melodies and that was the only deciding factor behind the selection of songs for this album.

What makes Ghulam Ali one of the all-time greats?
(Laughing) This question really doesn’t need to be asked. Look at his body of work. The kind of work he has done is amazing. He is technically strong and sings beautifully. He has composed most of his own melodies, which have been massive hits. Besides his work, he is such a humble human being and so positive. He is an absolute legend, just like Farida Khanum ji, Abida Parveen ji, Hamid chacha (his uncle Hamid Ali Khan saheb) and Asad bhai (his brother Ustad Asad Amanat Ali Khan), who left us too soon. I wish he was still alive. They are all legends and of the same calibre.

What was it like having Amir Ghulam Ali feature on the album?
It was good having him over. Of all (Ghulam Ali) Khan saheb’s sons, Amir is the only one who has reproduced some of his father’s works. He always accompanies Khan saheb and it’s great to see that. I also wanted to know about their relationship and learn more about the equation between Khan saheb and Amir, when the latter was young and, of course, how he is guiding him now for his future. It was extremely interesting to see that, so it was very good to have him over.

You are a great singer, but did you feel any pressure singing these songs?
Thank you for the compliment. I am truly humbled. I have a trick. I believe that when one is singing a track which has a cult following or has been sung before by a great artist, one should keep in mind not to make it worse than the original, even if it can’t be bettered. Basically, if your performance can’t be greater than the original, at least don’t make it worse because there are bound to be comparisons and people should never say you didn’t do justice to a classic. I am now leaving it to you guys and audiences to judge how I have done in this album. And once I have undertaken a job, then I don’t believe in getting pressured because that can’t do any good. So, no, I wasn’t feeling any pressure.

Who are you hoping connects with this album?
I hope music lovers all over the world, people who appreciate excellent music, and those who love classics, all hear this and like what I have done here. That’s my only agenda with this album.

How much does it help you when compositions like these have such beautiful poetry and sentiments?
It lessens half your work when the melody and lyrics are good. It becomes easier for the singer to put in the rest of the ingredients and put soul into the song. Good lyrics and a good composition are blessings for any singer in the world, because that’s what make the song memorable. If the melody is strong, the sentiment is so much easier to present, so it really helps.

You say your emotions in songs come from experiences. What inspires you as a singer?
Like I said, good melodies and lyrics, and sometimes the composer. If a composer I haven’t worked with but admire approaches me, I get excited and inspired. When Sohail Rana saheb approached me for a song in a movie he was producing and composing for, I was excited, because I wanted to hear what new melodies he had created. A good song inspires you to create something new too.

Why should we pick up Shafqat Amanat Ali: Tribute to Legends – Ghulam Ali?
For the timeless compositions. If you are sick of the clutter and want something soulful, then this one’s for you.

Why do you love music?
There are only two kinds of people in this world. Those who love music and those who don’t. I am on the side that, obviously, loves it. I don’t think there is a right answer for why anyone loves music. It’s in my blood. I was born with it.