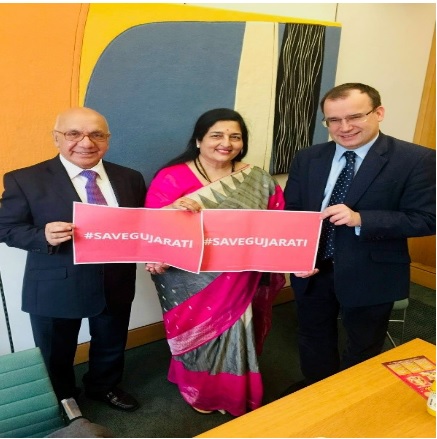 Gareth Thomas MP has called for investment in teaching South Asian languages in the UK to strengthen the country’s ties with the Indian subcontinent.

The Labour-Cooperative Party parliamentarian for the Greater London constituency of Harrow West said south Asian languages should receive the same state financial support as given to the teaching of Mandarin and Latin.

He argued that the teaching of Gujarati, Urdu and Hindi held key to Britain’s economic future as the Indian subcontinent was home to some of the world’s fastest-growing economies.

“It’s time to invest in the languages of South Asia”, he said.

British Asians accounted for 6.9 per cent of the UK’s population in 2011 with people of Indian and Pakistani ancestries making up 2.3 per cent and 1.9 per cent respectively.

In a press release, Thomas said: “If we want stronger trade links with India and other South Asian countries, and if we want stronger cultural and security ties too then investing in school and community teaching of South Asian languages like Gujarati, Urdu, Bengali, Punjabi, Tamil Hindi etc is overdue.”

He took note of the UK’s “mixed record” of encouraging the learning of foreign languages.

“The Government has recently invested funds to support the teaching of Mandarin and Latin. Now it needs to do the same for the languages of South Asia,” he said.

“South Asia is home to some of the fastest growing economies in the world so being able to communicate in the languages used to do business in these markets is crucial to delivering long-term economic growth across the United Kingdom”.

He said: “Across my constituency in Harrow, we know the value of these languages as there are strong community and trade ties to India, Pakistan, Nepal, Sri Lanka and Bangladesh. We need to do more to build on similar links across the UK, between diaspora communities here and the great trading nations of South Asia. This shocking rate of decline needs to be reversed.

“The teaching of Gujarati, Urdu and Hindi are important to Britain’s economic future as well as an opportunity for academic excellence among young people in our country”, he said.

Between 2015 and 2021, the number of students entering General Certificates of Secondary Education (GCSEs) in Bengali, Gujarati, Persian, Punjabi, and Urdu drastically reduced, with Gujarati seeing a 77 per cent decline in entries, Bengali a 66 per cent drop, Persian a 65 per cent decrease, Punjabi a 45 per cent dip and Urdu a 37 per cent decline.

“At a time when we have seen ongoing political tensions with Russia and China grow, the need to turbocharge trade with India, Pakistan and across South Asia has grown in importance. But as South Asian language skills become even more vital, Harrow and the UK more widely risk losing a generation of South Asian language speakers,” he said

“Five years ago, I led a successful people-powered campaign, to persuade Government Ministers and Exam Boards to maintain GCSE and A-Level language qualifications. There is a very clear need for these qualifications in our schools and colleges. In order to boost provision, we now need dedicated funding, specialist training of teachers, a flagship school programme, support for community schooling and an academic research programme.”

According to him, community efforts, through temples, mosques and Saturday clubs would help young people learn languages.

“But we are going to need greater investment and commitment from Ministers to support a new generation of British young people to be able to communicate with the peoples of South Asia in their own languages,” he said.

“I will continue urging the Government to recognise the need for proper support to help local communities and schools to support young people learn these important languages. Our future as a country depends, in part, on such investment,” he said.