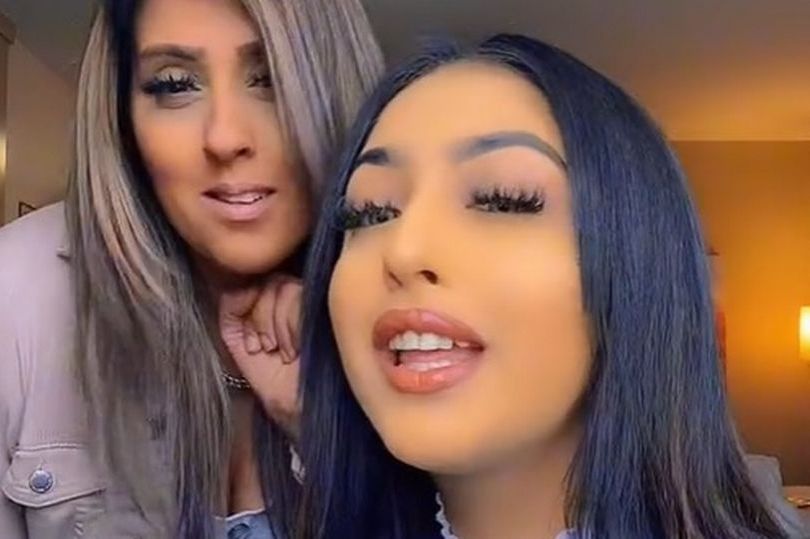 A court on Thursday (27) heard that a TikTok star hatched a plot to kill her mother’s secret lover after he blackmailed the latter with a sex tape.

Social media star Mahek Bukhari, 23, hired men to ‘silence’ Saqib Hussain, 21, who had an affair with her mother Ansreen Bukhari, 45.

Hussain and his friend Mohammed Hashim Ijazuddin from Oxfordshire, died in the crash on the A46 near Leicester on 11 February.

The Leicester Crown Court charged the Bukharis and six others with murder in the case.

According to reports, Hussain and Ansreen began an affair in 2019 but she ended the relationship in January this year.

After the break up, he made several attempts to contact her but was unsuccessful. Hussain had sexual videos and images of Ansreen in his possession.

Prosecutor Collingwood Thompson KC told the court that out of ‘anger and frustration’ he started blackmailing her.

Thompson told the court that Hussian threatened her saying that he will send the sexually explicit material to her husband and to her son.

When her daughter Mahek came to know about the blackmail plot she became convinced that it will tear her family apart and would ruin her social media life.

“I’ll soon get him jumped by guys and he won’t know what day it is,” she messaged her mum on WhatsApp.

The court heard that Hussain was also asked for £3,000 he had spent on dates with Ansreen. The mother-daughter duo sensed this as an opportunity.

They arranged a meeting in Leicester to hand over the money.Their idea was to seize Hussain’s phone containing the explicit material.

The Bukharis also had arranged several others to travel with them in two cars to attack him.

The meeting was arranged at a Tesco car park in Hamilton, Leicester, on 10 February. Hussian reached with Hashim Ijazuddin but soon sensed danger, and drove away.

They ended up on the A46 with a speed of up to 100mph, allegedly pursued by the two cars containing all eight defendants.

The operator then asked him where he lived and he said he was from Banbury in Oxfordshire, adding: “I just came to Leicester to see one of my mates who goes to university here.”

The car was then rammed from behind and the call suddenly cut off after a scream from Saqib. He said: “They hit into the back of the car very fast. Please, I’m begging you, I’m going to die.”

The car then caught fire leading the A46 being closed to traffic for several hours. Police and firefighters discovered the bodies later and the victims were identified through dental records.

The court heard that Hashim Ijazuddin was just doing a favour for his friend and was totally innocent. The trial in this case continues.