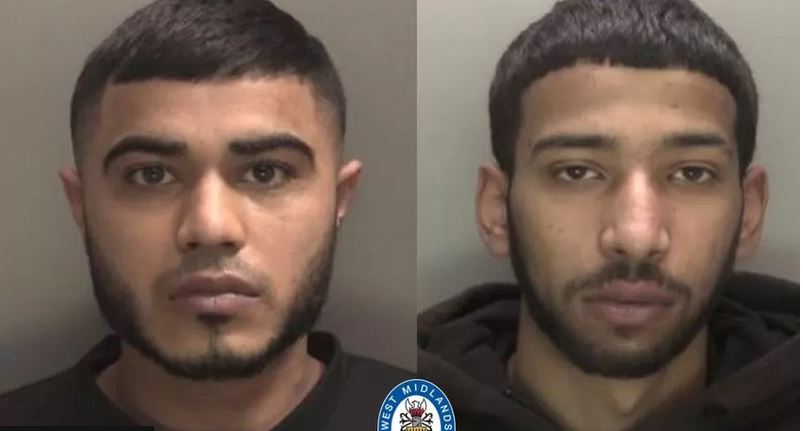 Two thugs have been jailed for more than 23 years for beating a man with learning difficulties with bricks and a paving slab to steal just £3, according to reports.

Mohammed Ali and Umair Anys fatally attacked the victim, in his 30s and has not been named, while he was walking in Watery Lane in Walsall, West Midlands on 18 June, 2020.

The muggers left the victim for dead on the street. He was in a coma for three days following the attack.

According to reports, he begged Ali and Anys to stop as they continuously kicked and punched him before hitting him with bricks and a paving slab.

The robbers then searched his pockets and stole his phone, keys and £3 in coins, the trial at Wolverhampton Crown Court heard.

The culprits were nabbed following an investigation by the West Midlands Police. The force examined CCTV visuals and spoke to witnesses. Anys was just 17 when the incident happened. and was arrested a week later.

Two months after the attack, police started an intensive hunt for Ali, 27. Later, officers arrested him from Newquay in Cornwall on 9 December.

Both the attackers have denied robbery. Earlier this year, a 10-day trial at Wolverhampton Crown Court found them guilty. A third man was exonerated of the charges.

According to reports, the vulnerable victim has recovered from injuries. However, the robbery has traumatised him, and he is too afraid to leave the house alone.

“Ali and Anys carried out a sickening attack on a helpless man for the sake of a phone and few pounds. They ignored his cries for help and their vicious attack has left him and his family with scars that will never heal,” said PC Jodie Allen of West Midlands Police.

“We can’t accept violence like this on our streets and we will always pursue those who commit such awful crimes.”