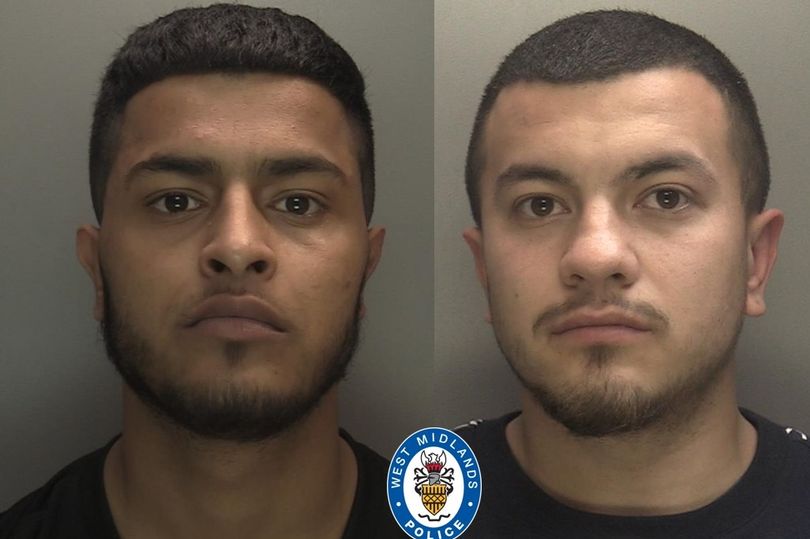 Two thugs were jailed for abusing three victims, keeping two of them as ‘slaves”, plying them with drugs and burned one with lighters, according to reports.

Roheed Ahmed, 22 and Kameron Hussain, 23, in Walsall, were jailed for nine years and eight months each with a further three years on extended licence for false imprisonment, racially aggravated assault, possessing an article and theft by Wolverhampton Crown Court on Monday (7).

According to West Midlands Police, the two victims were beaten with broom handles and bed slats while completely naked. Both had their heads shaved, and one had a substance that was lit on fire poured over him. One of them was made to smoke heroin while their faces were burned with lighters. The victim was forced to work in a garage for only a meal as payment. He was to drive during drug deliveries and carry the drugs if they were stopped.

Reports said that he had mental health problems and was discharged from hospital in 2021. He ended up living with Ahmed and Hussain. The Wolverhampton Crown Court heard that the victim was told to make cups of tea and give foot massages to Ahmed and his associates. He was fed drugs and was often threatened.

The victim was told he owed money for the drugs allegedly forced on him, and money was taken from his bank account. His head was shaved, and he was even forced to strip naked and run outside. Later, the sadists beat him with sticks and made him ‘bark like a dog’. During one occasion, they poured a form of accelerant on the victim and the defendants set fire to his head.

The victim was abused for hours and ‘thought he was going to be killed’. Some of the assaults were also captured on video. He was burned with cigarette lighters, beaten with sticks, and they threatened to rape the victim.
Once, the defendants took the victim to Asda in Walsall, where his appearance alarmed staff and customers. On CCTV, a security guard saw one of the defendants pushing the victim into a trolley and causing him to fall out.

He took down the car registration and it was stopped by police, who demanded that the victim be taken to the hospital.Officers described the victim as having been ‘in a boxing match’. The defendants were then arrested but later released on bail.

The second victim was also living in the flat when the first victim left in October 2021. Hussain and Ahmed were “angry” that the victim had escaped and claimed he had cost them £16,000.

He was made to stand in a corner where both defendants would punch him, and he was forced to massage the men’s feet. He was made to strip naked and enter a bathtub where his head was shaved and his “genitals punched.”

This victim was left alone at one point and fled barefoot. He was pursued but made it to a shop, where a worker called the cops. The owner of the flat was also a victim of Ahmed’s vile behaviour as the thugs took over his flat and threats including to stab him were made.

Judge John Butterfield KC stated that Ahmed and Hussain took advantage of the victims to enslave and abuse them, and the the level of vile treatment was at times equivalent to torture.

Jas Mann, defending Ahmed, stated that the defendant was very young while Justin Jarmola, defending Hussain, said that the Hussain has autism and an IQ of only 67, according to a psychological report.

“The degradation and humiliation these men suffered was inhuman. They were completely controlled and treated worse than animals. They also reported that there had been others who had suffered the same abuse. There could be no motive for this other than some sort of perverted pleasure and they have been quite rightly put behind bars,” said detective constable Moorhouse from Force CID.

“I hope that their victims are now getting the full care and support they need.”