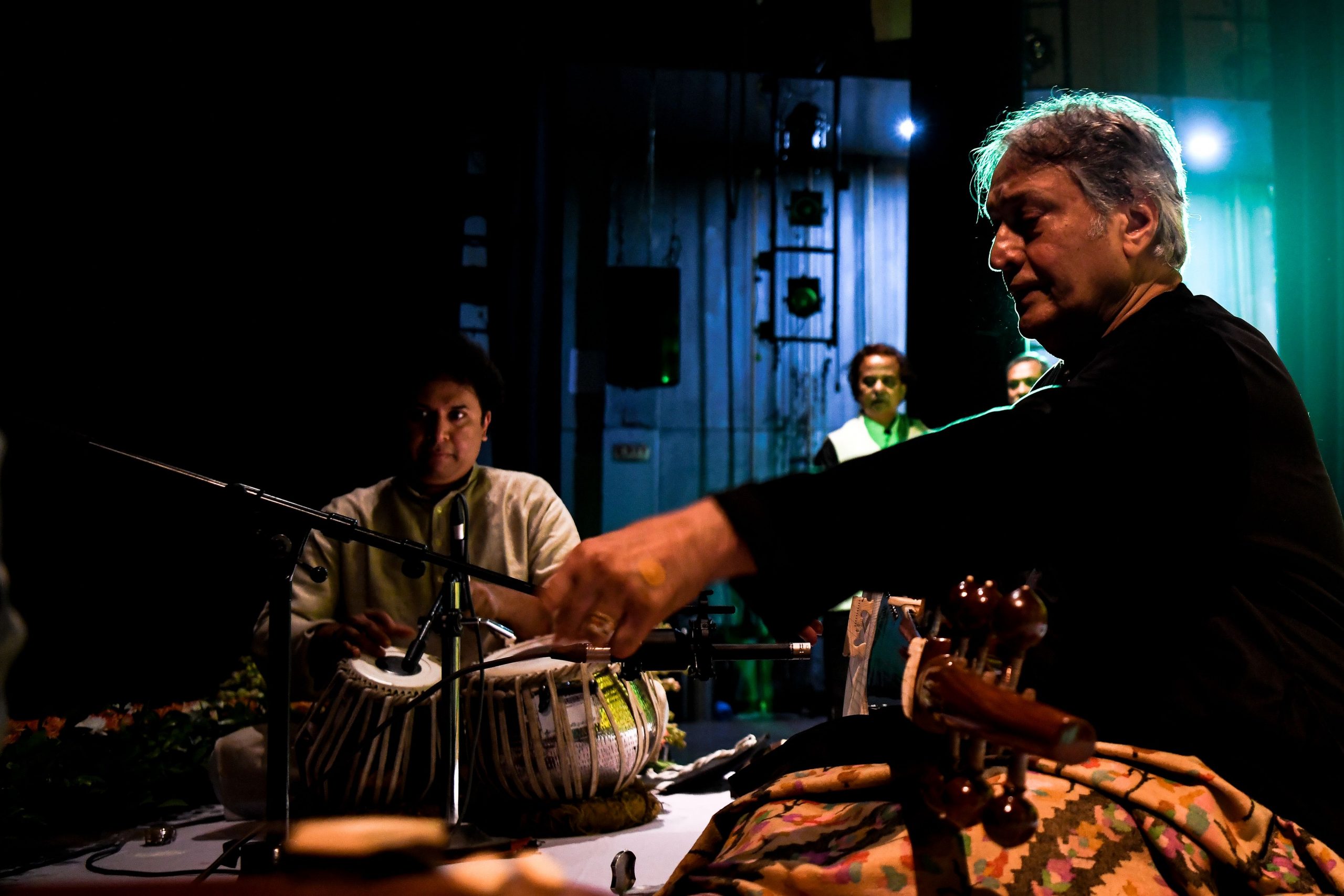 The city of joy, Kolkata, witnessed a rare musical treat as three generations of musicians from the legendary Bangash family — Sarod maestro Amjad Ali Khan, his sons, and grandsons -– took to the stage for an evening filled with ‘ragas’.

The concert, titled “Three Generations” and held at the Kala Mandir Auditorium on Wednesday, was the debut recital for Khan’s 10-year-old twin grandsons — Zohaan and Abeer Ali Bangash.

Kolkata, which was also the host city for Khan’s debut performance at the age of 12 and then his sons Amaan Ali Bangash and Ayaan Ali Bangash’s performance three decades ago, saw the crowd turn up in full force to cheer the new generation.

“Every classical musician looks forward to performing in Bengal, Calcutta especially. My career began in Calcutta when I was 12 years old. Amaan, and Ayaan also began their career from here. Once when I was 25 years old, I played all night in this hall only with two intervals.

Born on October 9, 1945 into a family of musicians, the 77-year-old is the sixth generation in the legendary line of the Senia Bangash School and has performed internationally since 1960s.

His two sons Amaan Ali Bangash and Ayaan Ali Bangash, like their father, are sarod players and represent the seventh generation of the musical lineage.

Zohaan and Abeer — twin sons of Ayan Ali — are the eighth generation carrying forward the legacy of his grandfather.

The musical soiree, which started with a mesmerising piece in ‘Raag Purya Kalyan’ by the master himself, was followed by a performance of ‘Raag Bageshree’ by his sons and ‘Raag Tilak Kamod’ by his grandsons — which received thundering applause from the audience.

Zohaan and Abeer had played the same ‘raag’ as a musical tribute to their grandfather on his 75th birthday in 2020.

“This is just kind of making music lovers meet them. They have a long journey depending on what they eventually do in life and everything. They are playing today, they are working hard, and they enjoy themselves, which is most important. I haven’t forced them. But they need everyone’s blessings and good wishes,” said the proud father and renowned Sarod player Ayaan Ali on the debut performance of his sons.

The evening concluded with the three generations of Khans coming together for a soulful rendition of ‘Vande Mataram’.