Thousands return to Dhaka; many on foot 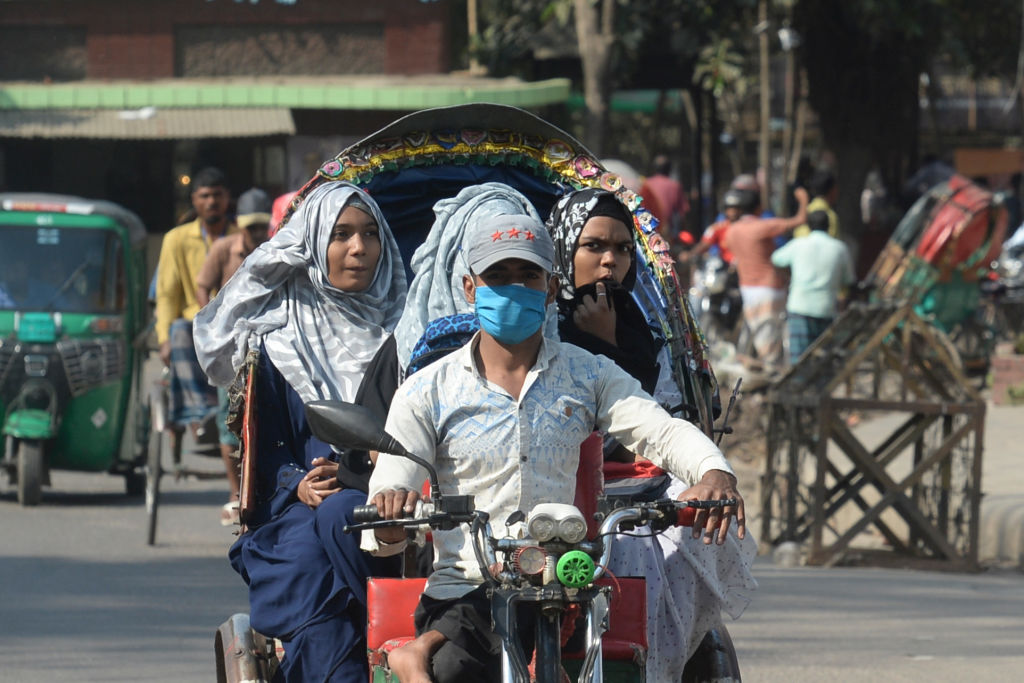 A man wearing a facemask amid concerns over the spread of the COVID-19 novel coronavirus, drives a rickshaw through a street, in Dhaka. (Photo by MUNIR UZ ZAMAN/AFP via Getty Images)

IN a major development, thousands of people are coming to Bangladesh capital Dhaka from nearby areas such as Savar, Manikganj, Barishal, Mymensingh, Gazipur and many other parts of the country.

Due to the ongoing suspension of public transport operation, some rode goods-laden vehicles whereas some opted to travel on foot.

Though the nationwide shutdown is in place, many people want to join work as some garment factories are opening shortly.

They were travelling in flocks, ignoring the guidelines of physical-distancing, reports said.

The scenario was same on Dhaka-Aricha highway and Paturia ferry ghat.

Workers gathered at the ferry ghat and on the highway to come to Dhaka. Many were seen riding on trucks and pick-up vans without maintaining the distancing rules.

On Barishal-Dhaka highway, thousands were seen travelling by trucks and small pick-ups.

“We are trying to make the passengers aware of the necessity of physical distancing,” he added.

Besides, hundreds of workers, including garments workers from different upazilas of Mymensingh and adjacent Sherpur and Kishoreganj districts were travelling to Dhaka via Mymensingh since Friday.