‘There will be China Go Home campaign soon, and I will lead it,’ warns Lanka MP 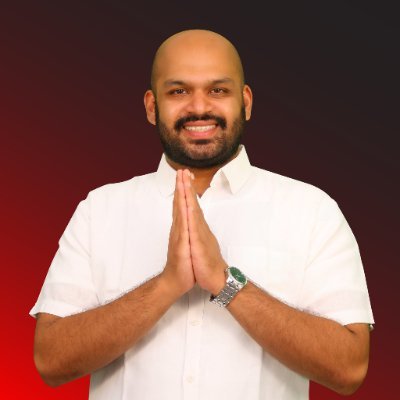 Sri Lankan MP Shanakiyan Rasamanickam has warned that he will lead a “ChinaGoHome” campaign if the Chinese Embassy and its government do not work for the benefit of his countrymen and fail to restructure debts, according to local media.

“I would like to warn the Chinese, there will be a China Go Home soon, and I will lead it,” Ada Derana, a Sri Lanka-based website, quoted Shanakiyan Rasamanickam as saying.

Speaking in the parliament, Rasamanickam stressed that China’s involvement poses a grave threat to Sri Lanka’s sovereignty. Addressing the Chinese Embassy in his speech, Rasamanickam said that he is ready for a Twitter war if they intend to start it. TNA MP stated that he has raised concerns regarding Chinese debts as he wants Sri Lanka’s negotiations with the International Monetary Fund to proceed, the Ade Derana report said.

“What does the Chinese Embassy have to do with matters that are discussed within this chamber? I have the privilege to speak in this house. What is the Chinese Embassy’s business to take my comments and speak about them on Twitter?,” Ada Derana quoted Shanakiyan Rasamanickam as saying.

Shanakiyan Rasamanickam said that he had spoken about China’s help with the debt restructuring process. He raised questions that why China, which is an economy of $20 trillion, was not able to write off or delay the debt of Sri Lanka which is just $7.4 billion.

Rasamanickam accused the Chinese government of lending money to Sri Lanka despite being aware of the economic situation of the island nation. He claimed that China knew that Sri Lanka’s economy was collapsing ‘as a guise’ to include the island nation in China’s debt trap.

Speaking in Parliament on November 30, Shanakiyan Rasamanickam accused China of being a friend of former Sri Lankan Prime Minister Mahinda Rajapaksa and not the island nation.

He stated that China should support the debt restructuring process if Beijing “truly wishes to stand with the people of Sri Lanka during difficult times.” He blamed China for stalling IMF negotiations with Sri Lanka.

In response to Shanakiyan Rasamanickam’s address, the Chinese Embassy in Sri Lanka made a series of tweets. “Sorry Mr. MP, your understanding is incorrect and incomplete. China is the biggest supporter to Sri Lanka in fighting COVID19 and livelihood relief, including in your district Batticaloa. China is also the first responder to LK’s financial crisis since its default in April,” it said.