The chills and thrills of acting 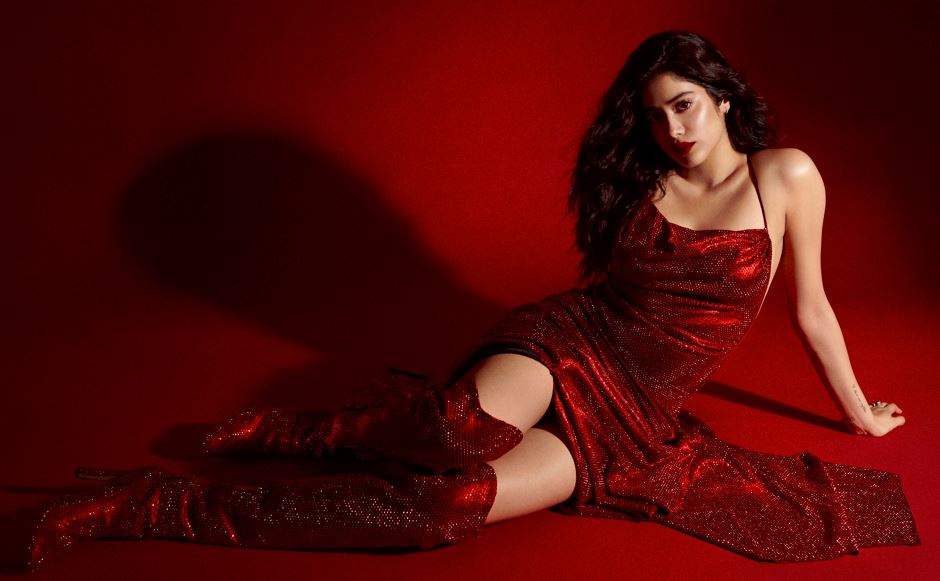 The gripping Hindi remake of hit 2019 Malayalam movie Helen sees her portray a young woman who gets trapped ina giant freezer overnight and must find a way to stay alive.

The survival thriller adds to diverse roles the rising star has taken on, including one of this year’s best reviewed films Good Luck Jerry, and 2021 horror comedy Roohi.

She has also worked with her producer father Boney Kapoor for the first time on the challenging project, which is dramatically different to other commercial Bollywood films released this year.

The talented actress was, not surprisingly, feeling confident when Eastern Eye caught up with her to discuss Mili, positivity surrounding her performances, future hopes, freezing, and great advice she got.

It has been a wonderful start to your career. How much do all the positive reviews to your films and performances mean to you?
(Smiles) Thank you for saying that. Oh, the positivity really means a lot to me. I mean I’m doing the work for people’s acceptance and validation, or at least a part of me is, so it’s definitely a positive reinforcement.

Does the positivity surrounding you put pressure on you or motivate you further?
I think it does motivate me further, but I try to keep myself as away from all the noises as possible, whether it’s positive or negative, I try not to take it too seriously and just focus on my work, and give my best every time.

You have made really interesting choices in diverse genres. How have you been selecting your films?
I think my approach has always been to look for those interesting challenges that take me away from any kind of comfort zone. If anything is a challenge, I think I automatically get excited. Also, I have to be moved by the content and story. I think the intention of the filmmaker has always been very important to me.

What made you want to be part of Mili?
The fact that it was such a big challenge. The fact that my father was so moved by the original film and felt so deeply that we should make it again. To have the original director Mathukutty (Xavier) was also a factor. I liked interacting with him and really do think he is a very gifted filmmaker.

What was the biggest challenge of playing this role?
I think the portions we shot in the freezer, because they had built an actual freezer for me that was at minus 15-16 degrees at all times, and we actually shot in it and that was intense. It took a toll on my mental health because I would dream of still being in a freezer, when I came back home after shooting and went to sleep. I was spending up to 15 hours a day in the freezer and crying for most of the day, so I fell ill and was on painkillers for two to three days. Even the director became unwell.

How does this compare to the original (Helen) it is a remake of?
I think, obviously, the setting is different. I think Mili as a character is a little different from Helen. The screenplay is the same, but I guess the backdrop, context, and treatment is a bit different.

What is your own favourite moment in the film Mili?
You know, to be very honest, I have no memory of what I shot in the freezer, as it was very traumatic and intense. But my own favourite moment is the scene in the movie theatre that I shot with Manoj (Pahwa) sir, who plays my father, and Sunny Kaushal, who plays my boyfriend in the film. I thought it was cute. I think the freezer scene will make a big impact with audiences.

Your character in the film gets trapped and needs to survive, but what are you like under pressure?
I think I work well under pressure. I believe in keeping the mind calm. If you can do that then I think it makes things a little easier.

One actress said that she started crying because it was so cold when she shot for a movie. What are you like with cold temperatures?
I think after Mili, I’ll probably have a lot of PTSD, but during the course of it I think that sometimes my brain would just go numb, which is problematic when you are in front of a camera. But I think it also served the purpose of me trying to be as alive in the moment as possible. After this, I will be able to handle any cold weather.

What was it like working on a movie where your father Boney Kapoor is producing?
It was interesting. I think we felt like a team, and it was nice to get to know my father on a professional capacity, after only hearing so many stories about him my whole life. I hope it proves to be successful as a venture for both of us and we get to work together again on a project.

What is the best advice your father has given you?
The one thing he said that always remains with me is to ‘follow your heart’ and that has served me well so far.

Would you share a memorable moment or story from the making of this film?
There were moments in the freezer I have forgotten because my brain went numb. But a memory I have is after shoot one day, all of us went rafting in Dehradun, Uttarakhand. That’s where we shot a majority of the second half of the film. Uttarakhand is a beautiful state, and every minute I got to explore Dehradun and Mussoorie was amazing.

You seem to be making all the right moves. What is the plan going forward?
I have Bawaal, which is a film that I’ve done with Varun Dhawan that releases in April, and then I have Mr and Mrs Mahi that I’m shooting for currently. So, I am just going to keep following my heart and am looking forward to the next challenge.

You seemed to have stayed ice-cool throughout your rise. What keeps you so grounded?
My family keeps me grounded, and I am really thankful for that. They have been a great source of strength and support.

Do you have a dream role?
I am at the beginning of my career, so there are many roles I would love to play. I think either a period film, comedy or a love story comes to mind immediately.

Do you see yourself working in the West?
The world is becoming smaller and cinematic boundaries are disappearing, so yes, I’m actually very keen to work in the West and hope to find a great project.

Why should we all watch Mili?
Everyone should watch Mili because it’s an experience that’s meant to be witnessed in a theatre. It is an immersive film and has got a lot of heart. It’s a simple story but it’s extremely thrilling. It’s an edge-of-the-seat thriller and has got a little bit of everything for audiences. It’s got music by AR Rahman, and great actors like Manoj (Pahwa) sir and Sunny (Kaushal). It’s a thriller, but also has romance and family drama. I think it’s extremely wholesome as a film and definitely will be a new experience for audiences.

Mili is in cinemas now