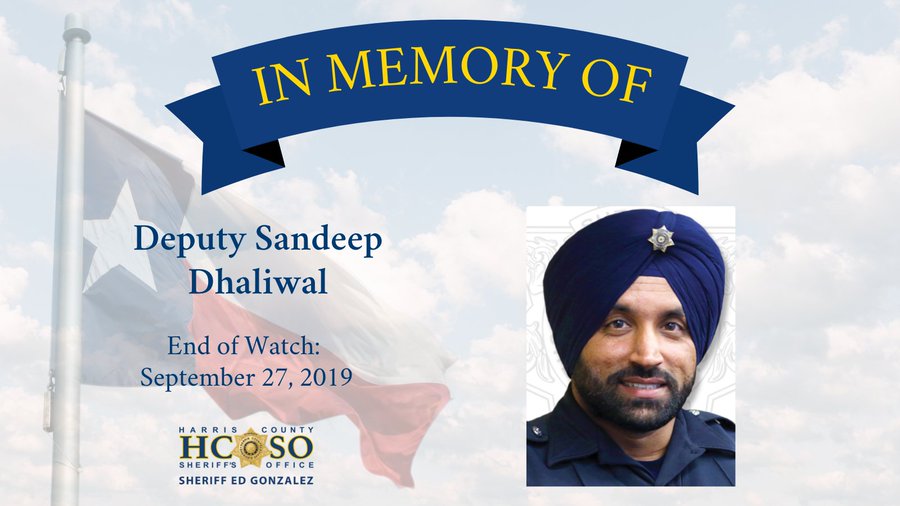 A jury in the US state of Texas has sentenced a man charged with killing Sandeep Dhaliwal, America’s first turbaned Sikh police officer, to death.

Sandeep Dhaliwal, who was the first Sikh deputy for the Harris County department, was killed in the line of duty in September 2019, Fox News reported. He had pulled Solis up with a warrant for his arrest for violating parole at the time of the shooting. “Verdict is in: Jurors sentence Robert Solis to death. We are extremely grateful that justice has been served. Sandeep changed our Sheriff’s Office family for the better, and we continue striving to live up to his example of servant leadership. May he Rest In Peace,” Harris County Sheriff Ed Gonzalez tweeted.

The verdict was announced Wednesday, to sentence Solis to death, less than two weeks after he was found guilty of the murder of Deputy Dhaliwal.

“The defendant executed a uniformed deputy by shooting him in the head in broad daylight,” Harris County District Attorney Kim Ogg said in a statement. “That makes him the worst of the worst, which is why we asked jurors to sentence him to death.”

After the verdict was announced, Harris County Sheriff’s Office paid tribute to the Sikh cop, saying he was known for his sense of humour and ability to make personal connections with his fellow deputies.

“On September 27, 2019, Deputy Sandeep Dhaliwal was fatally shot while conducting a traffic stop. He was known for his sense of humour and ability to make personal connections with his fellow deputies and the community he served. Gone but never forgotten,” Harris County Sheriff’s Office said in a tweet.