Terrifier 2 director on reports of people fainting and puking at screenings: ‘These reports are 100 per cent legit’ 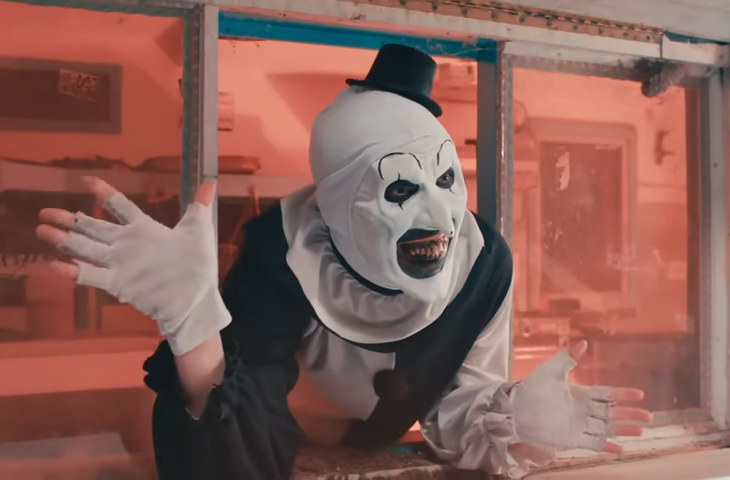 Reports of moviegoers vomiting and fainting amid screenings of the new film Terrifier 2, a low-budget sequel in the Terrifier film series, have taken the internet by storm.

Written and directed by Damien Leone, the clown slasher film follows a resurrected Art the Clown that is looking to terrorize a teenage girl and her younger brother on Halloween night.

As soon as the film released in select cinemas, fans immediately took to Twitter and started tweeting their reactions to it.

“My friend passed out and the theater called an ambulance. Highly recommended,” wrote one person on Twitter.

Another person wrote, “So I umm… just got done watching Terrifier 2.. and yeah, this has been the most disturbing movie I have ever seen. Like this s— is on a different level of sadistic. We were so stunned that we couldn’t even speak after it ended.”

“Terrifier 2 is so gory I puked in my popcorn,” wrote a third one.

Now, Leone has also taken to Twitter to confirm that these reactions aren’t stunts to increase word of mouth.

“To everyone saying that reports of people fainting and puking during screenings of Terrifier 2 is a marketing ploy, I swear on the success of the film it is NOT,” Leone wrote on Twitter. “These reports are 100% legit. I wish we were smart enough to think of that! But then again, we didn’t need to.”

Apart from calling the shots, Leone is also credited as doing special effects makeup for the film.

Terrifier 2 had its premiere at Frightfest in August. While it began playing across 850 theatres across the US at the beginning of October, the film will be out on Digital, DVD, and Blu-ray in the UK on 24 October.

Keep visiting this space over and again for more updates and reveals from the glitzy world of entertainment.