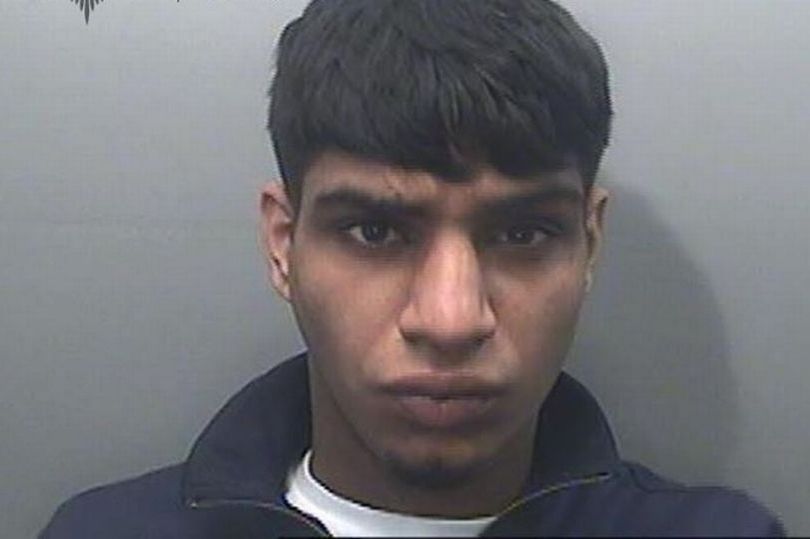 A teenager has been sentenced to 28 months for peddling cocaine for Manchester drugs gang, media reports said.

Talha Chaudry, 20, of Park Road, Prestwich, Bury, was detained by police when they observed him acting suspiciously outside a café in Swansea, South Wales, in January 2020. He had a distinct cocaine odour when the officers approached him.

According to reports, Chaudry, who was 18 at the time, was living in a hotel room and paying cash each day. He had been sent by the drugs gang to the city to sell cocaine.

When he saw the officers, Chaudry threw a package to the floor and ran off. The package was recovered before officers caught up with Chaudry.

After being arrested and charged the defendant went on the run and was at large for some 10 months.

Prosecutor James Hartson told Swansea Crown Court that when the package was opened, it had seven wraps of high-purity cocaine. Chaudry was searched and discovered to be in possession of £300 in cash, three mobile phones, and a key card for a room at the Premier Inn hotel on Wind Street.

More cocaine wraps and £151 in cash were found in his room. One of the teenager’s phones revealed that the defendant had made direct contact with a number associated with the Manchester drugs gang.

According to Hartson, paying cash for hotel rooms is a common tactic used by drug gangs because it allows dealers and couriers to easily return to their home city to restock.

The prosecutor reminded the court that it took 17 months to charge Chaudry following his arrest. The defendant failed to attend court and an arrest warrant was issued, he said adding that the peddler was unlawfully at large for almost a year before being arrested.

Chaudry’s attorney, Ian Metcalfe, argued that his client’s ‘highly disrupted and unstable adolescence’ had made him ‘vulnerable to being groomed’ by older and more criminally sophisticated members of an organised crime group.

Metcalfe stated that he was sent to Swansea to sell drugs by others who could remain in the shadows and reap the rewards.

Judge Paul Thomas KC told Chaudry that he was only 18 when he came to Swansea with the intent of supplying drugs, but even at that age, he would have been aware of the consequences if caught.

Chaudry was sentenced to 28 months in prison and will serve up to half of that time in custody before being released on bail.