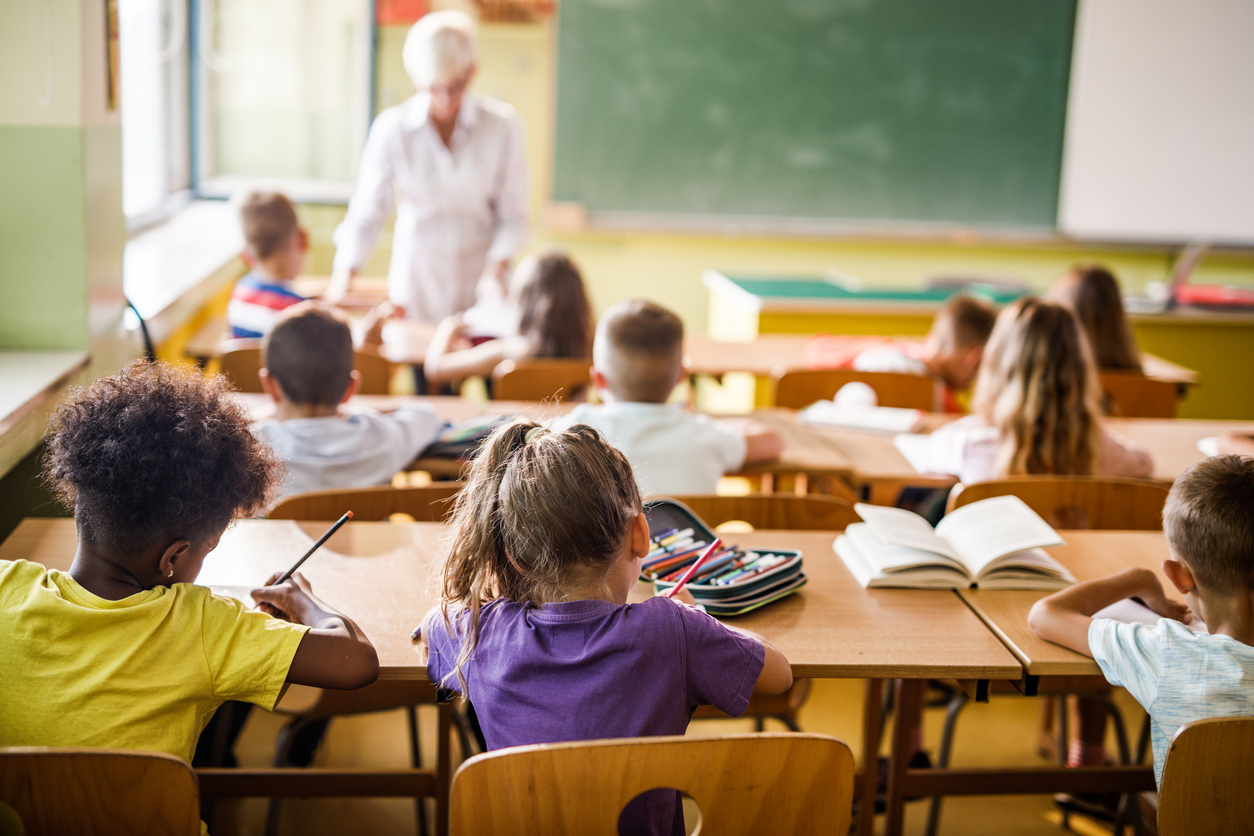 Back view of large group of school kids having a class in elementary school.

A teacher has been jailed in Ireland for contempt of court after he refused to use gender-neutral pronouns for a transgender student, according to a report.

Enoch Burke was suspended by Wilson’s Hospital School in Co Westmeath for not calling the pupil ‘they’. Later, Burke, an evangelical Christian, was jailed for breaking a court order not to go to or try to teach at the Church of Ireland School.

The court heard that the teacher refused to stay away from the school. Instead, he would sit in an empty classroom and declare he was there to work, The Telegraph reported.

“I love my school, with its motto Res Non Verba, actions not words, but I am here today because I said I would not call a boy a girl,” he told the judge.

The judge ordered that he must stay in prison until he agrees to comply with the terms of the injunction. “It is insanity that I will be led from this courtroom to a place of incarceration, but I will not give up my Christian beliefs,” he said following the verdict.

Lawyers for school said it was forced with ‘a heavy heart’ to take action leading to Burke’s jailing after he broke the court order it secured last week.

Rosemary Mallon, acting for the school’s board of management, told the judge that her client had no choice but to ask the court to send Burke to prison for breach of a court order.

“It is a coercive order we are seeking, not a punitive order. We are simply seeking to have Mr Burke comply with the order,” Mallon said.

Earlier Burke, who represented himself, had told the court he would return to the school, despite being arrested there on Monday (5).

According to the school, it abides by Ireland’s 2000 Equal Status Act by not discriminating against any student and was focused on the welfare of its pupils.

Under Irish law, contempt of court carries an indefinite prison term. In theory, the offender can only be released if they apologise for the contempt, or if a judge finds another reason to end the sentence.

Burke will be back in court on Wednesday (7), when the injunction will be reviewed.