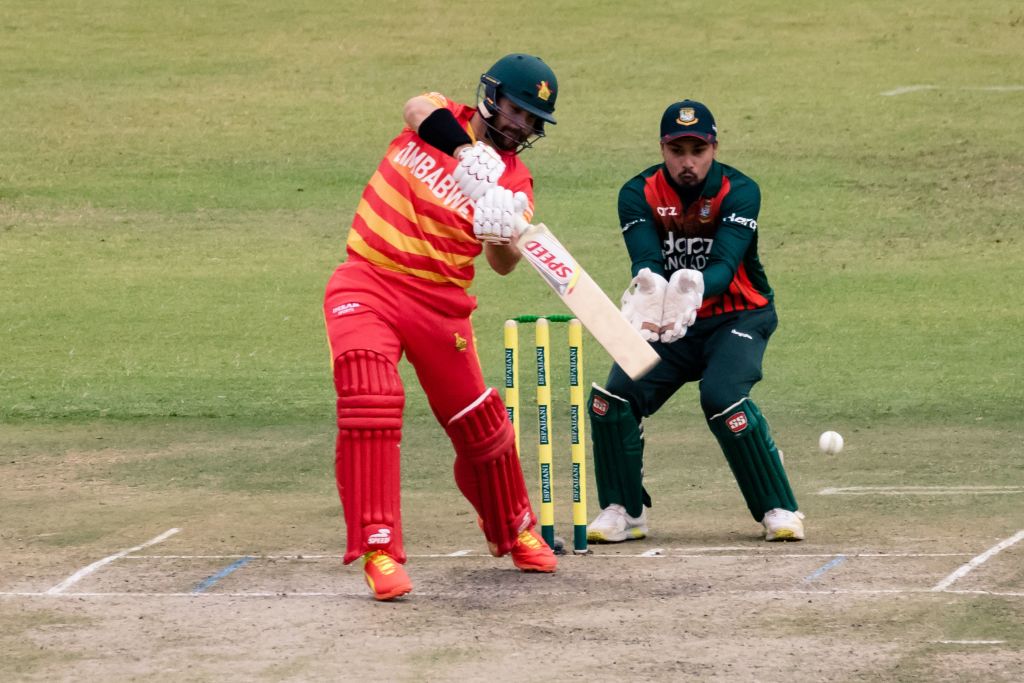 CAPTAIN Tamim Iqbal scored a rapid-fire century to lead Bangladesh to a five-wicket win over Zimbabwe and a clean sweep of their three-match one-day international series in a high scoring game at the Harare Sports Club on Tuesday (20).

Tamim made 112 off 97 balls to set the foundation as Bangladesh easily chased down a competitive target, reaching 302-5 with two overs to spare in reply to Zimbabwe’s 298.

Bangladesh wasted no time in their reply with an 88-run opening partnership between Tamim and Liton Das who dominated the hosts’ bowling attack.

Zimbabwe had hopes of a consolation victory after losing the first two ODIs when they were sent into bat and came close to a 300-run tally earlier in the day.

Opener Regis Chakabva scored a brisk 84, including seven fours and one six, before being bowled by Taskin Ahmed when he attempted a flick to leg side.

His departure left Zimbabwe 172-5 and needing a strong sixth-wicket partnership which Sikandar Raza and Ryan Burl provided, adding 112 runs before being separated.

Raza was dismissed after making 57, including seven fours and a six, and Burl contributed 59, spiced with four fours and four sixes.

Captain Brendan Taylor, often the batting saviour for Zimbabwe, made only 28 before being caught by Iqbal off the bowling of Mahmudullah Riyad.

Mustafizur Rahman and Mohammad Saifuddin were the most successful Bangladesh bowlers, taking three wickets each.

The three-match series is part of the World Cup Super League, a feeder tournament that determines which seven teams, along with hosts India, earn direct qualification to the 2023 World Cup.

Bangladesh also won the one-off Test between the sides this month. They will now play three Twenty20 internationals in Harare starting on Thursday (22).