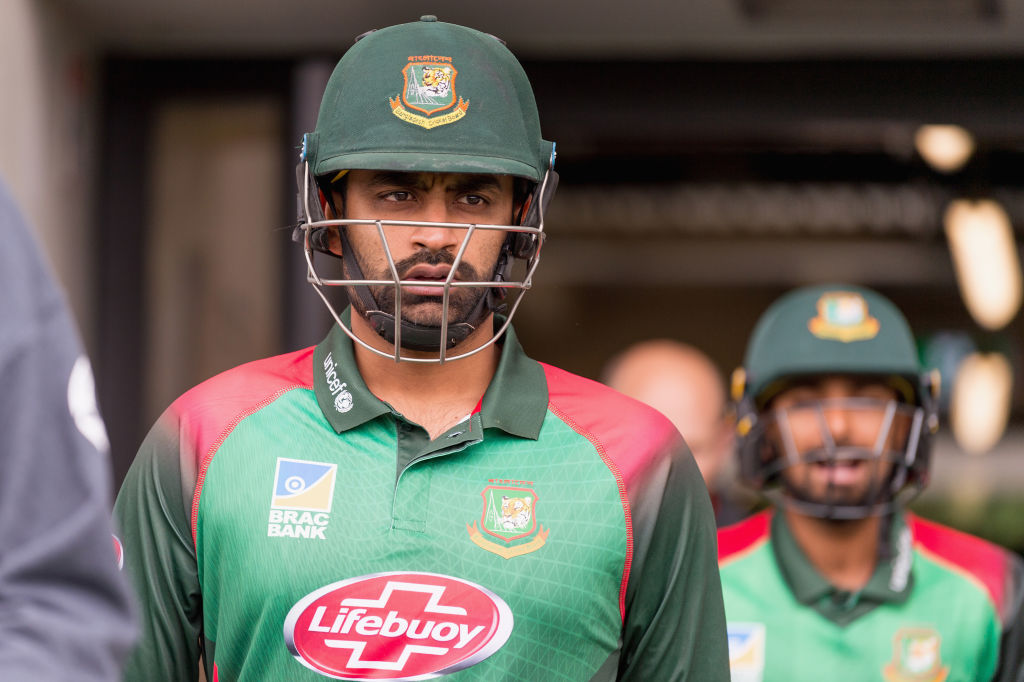 Tamim Iqbal struck a career-high 158 — breaking his own national record — as Bangladesh powered to a commanding 332-8 against Zimbabwe in the second one-day international in Sylhet on Tuesday.

Tamim’s first century in nearly two years beat the 154 runs he scored against the same opponents in 2009, as Bangladesh also improved their highest total against Zimbabwe — made just two days ago — by a run.

Mushfiqur Rahim scored 55 off 50 balls and Mahmudullah Riyad made 41, but Tamim stole the spotlight.

Tamim and Mushfiqur put on 87 runs for the third wicket after opener Liton Das and Najmul were run out for nine and six runs respectively.

Mushfiqur was out from a catch at long-off by Tinotenda Mutombodzi off Wesley Madhevere, before Tamim and Mahmudullah added 106 runs for the fourth wicket.

When he reached 84, Tamim became the first Bangladeshi to complete 7,000 runs in ODIs. He pushed Sean Williams past long off to complete his 12th ODI hundred off 106 balls — his first ODI century since July 2018.

Tamim raced past his previous career-best international score in style with a six off Carl Mumba, but fell in the same over with a tired-looking shot with Mutombodzi completing the catch at long-off.

Mumba and Tiripano claimed two wickets each and somewhat contained the lower-order batsmen, but Mohammad Mithun’s unbeaten 32 off 18 balls still ensured a record score for Bangladesh against their African opponents.