Taliban not to accept international favours if ‘against Islam’ 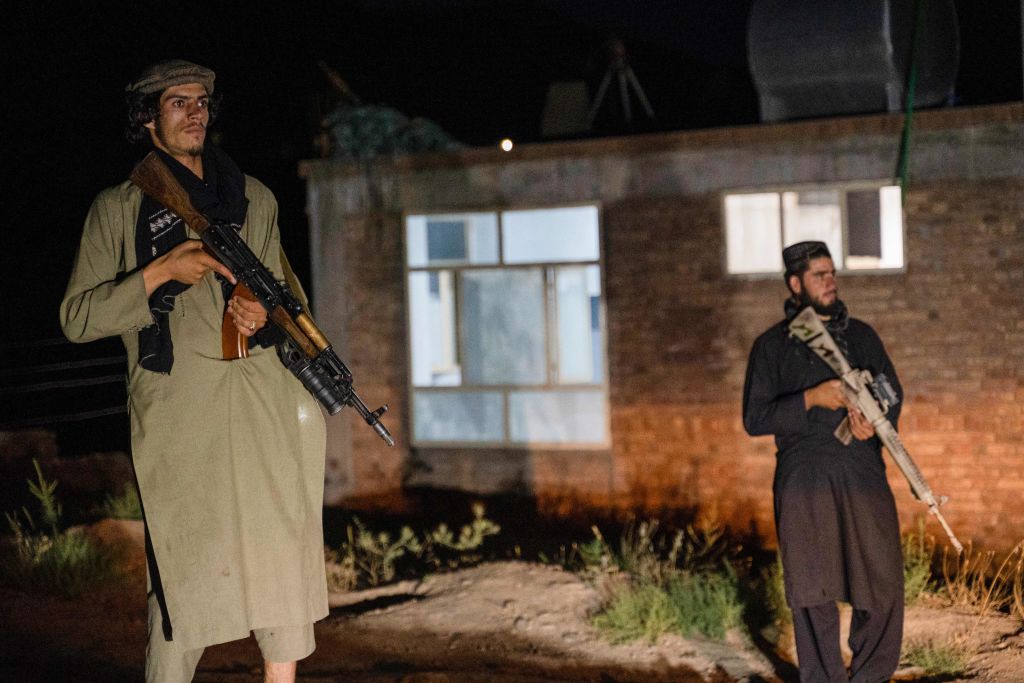 In this photo taken on July 8,2022, Taliban fighters stand guard at an outpost in Tawakh Village of Anaba district, Panjshir Province. (Photo by Wakil KOHSAR / AFP) (Photo by WAKIL KOHSAR/AFP via Getty Images)

Taliban on Sunday said that it is ready for engagement with the international community, but if “they are against Islam, are not acceptable.”

“We just follow Allah, Prophet Mohammad, the Caliph of Rashidun and Companions in implementation of our law. We don’t accept anything from anyone which is against Islam,” said the Acting Minister of Vice and Virtue Mohammad Khalid Hanafi. Hanafi, while visiting Ghazni decried sanctions on the Taliban by the international community, reported Tolo News.

The Vice and Virtue minister also called on government employees to adjust their appearance based on Sharia.

“All employees that are in the provinces, districts and ministries should make their appearances according to Islamic values,” Hanafi said.

He said that after the Taliban swept into power, the women are observing the hijab “100 per cent,” reported Tolo News.

Moreover, the United Nations mission in Geneva said that the latest United Nations Assistance Mission in Afghanistan (UNAMA) report reveals a “disturbing and consistent pattern of human rights violations” by the Taliban.

The UN mission in Afghanistan released a report outlining the human rights situation prevailing in Afghanistan over the 10 months since the Taliban takeover.

The mission said that while the report highlights aspects of the Taliban’s human rights violations, it does not fully reflect the number of violations and abuses reflected in this report, and the full scope of the deterioration of the human rights situation since August of last year.

UN mission said that this could be attributed to the methodology used for the report and or lack of access to places where torture and ill-treatment, unlawful killings, arbitrary arrests and detentions, and forced displacement are taking place in Afghanistan.

The report undoubtedly reveals a disturbing and consistent pattern of human rights violations by the Taliban, in line with the previous findings of the High Commissioner for Human Rights, the Special Rapporteur on the situation of human rights in Afghanistan, and international and non-governmental organizations.

Meanwhile, the provincial governor, Mohammad Ishaq Akhundzada, called on the forces of the Taliban to respect the people, reported Tolo News.

“Those who stand in the checkpoints, or are in a district office or another department, they should address the problems of the people,” he said.