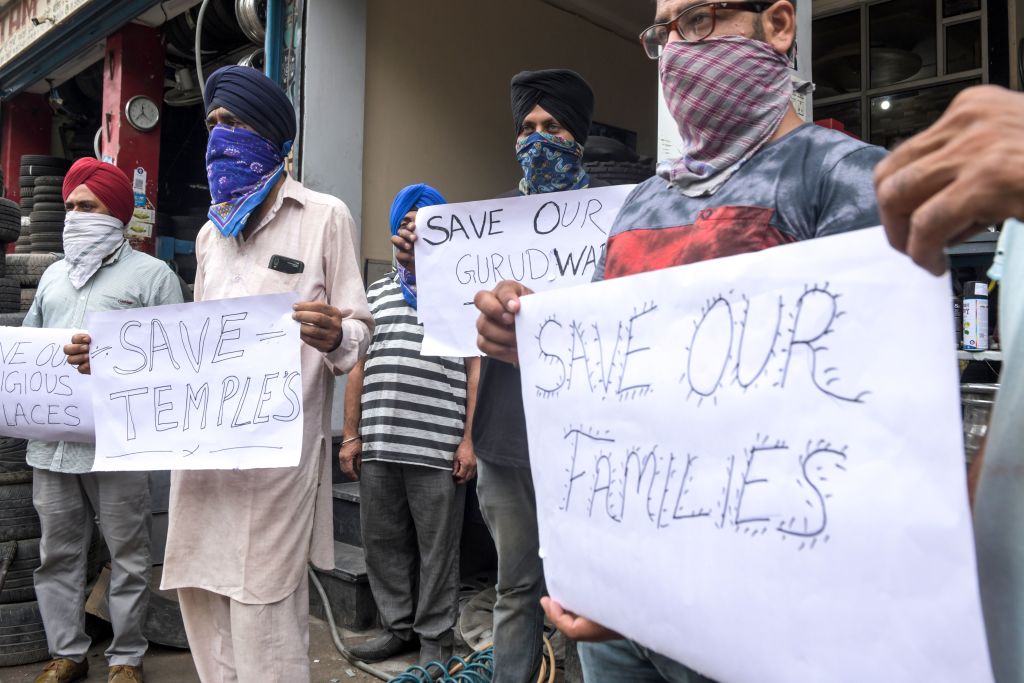 The Taliban claimed that the security situation in Afghanistan has been solved and urged its minorities – Hindus and Sikhs to return back to the country.

The assertion comes after the Director General of the Office of the Minister of State of the Taliban, Dr Mullah Abdul Wasi met with a number of members of the Hindu and Sikh Council of Afghanistan on July 24th and tweeted the Office of Chief of Staff, Afghanistan.

Wasi met with a delegation of Hindu and Sikh leaders in Kabul and reminded all Indian and Sikh compatriots who left the country due to security problems can now return to Afghanistan as security has been established in the country.

As per the Taliban release, Sikh leaders thanked the Taliban for preventing the Islamic State Khorasan Province (ISKP) attack on Gurdwara in Kabul.

According to sources, around 25 to 30 people were present inside the gurdwara complex for their morning prayers when the attackers entered the premises. Around 10-15 people managed to escape but the gurdwara’s guard, identified as Ahmad, was killed by the assailants.

Religious minorities in Afghanistan, including the Sikh community, have been targets of violence in Afghanistan. In October, last year 15 to 20 terrorists entered a Gurdwara in the Kart-e-Parwan District of Kabul and tied up the guards.

In March 2020, a deadly attack took place at Sri Guru Har Rai Sahib Gurudwara in Kabul’s Short Bazaar area in which 27 Sikhs were killed and several were injured. Islamic State terrorists claimed responsibility for the attack. Meanwhile, the Taliban-led Afghanistan government has decided to renovate Gurdwara Karte Parwan in Kabul which suffered damage in a terror attack.

Sources reveal that a high-level delegation from the Ministry of Interior (MoI) paid several visits to Gurdwara to express their condolences to the families of the victims.

A technical team was also assigned to assess the level of damage caused to the last remaining functioning Sikh Gurdwara in the capital city. It is revealed that the government will spend a sum of 7.5 million Afghani to renovate the building.