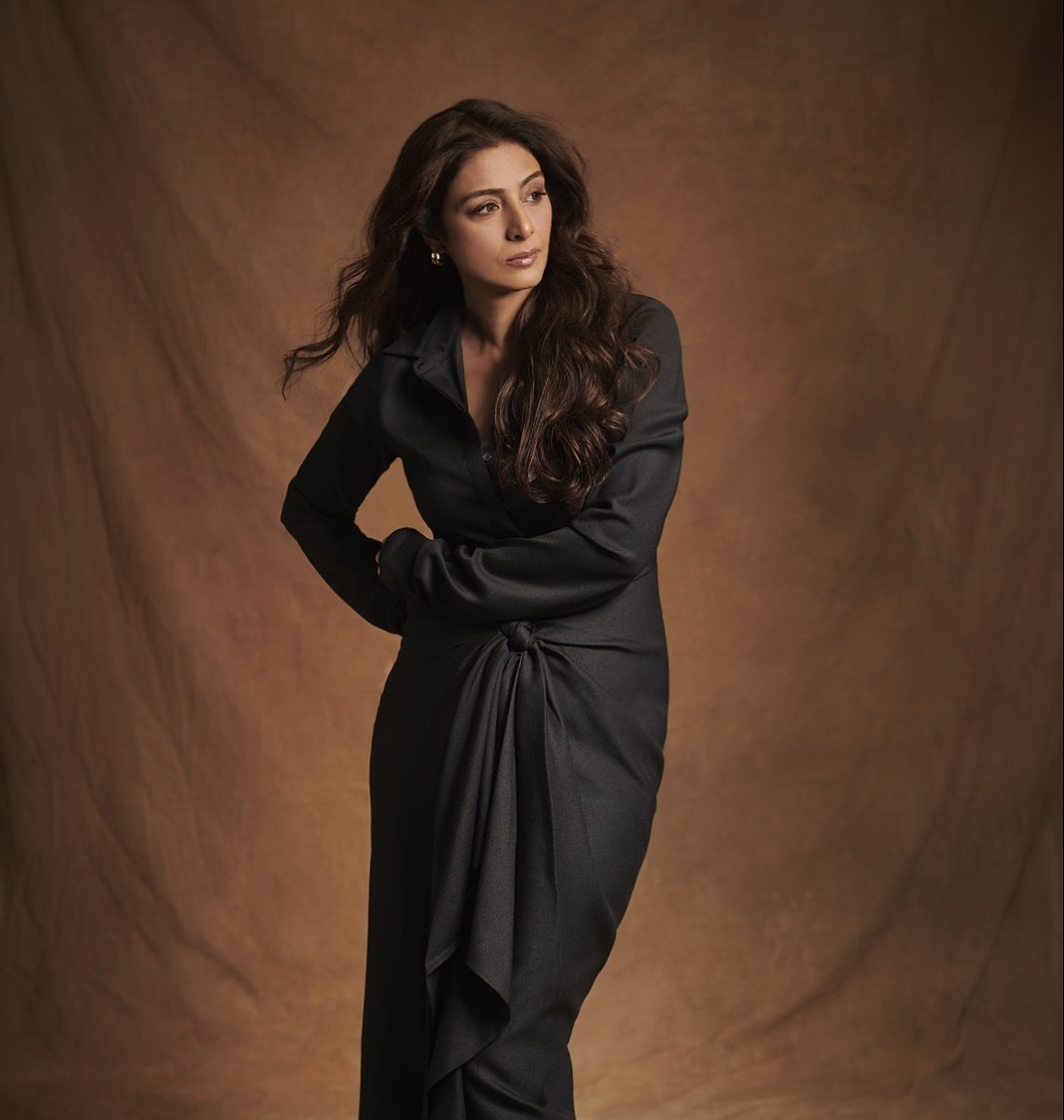 Talented Bollywood star Tabu is seen as one of the finest actresses of this generation and has a brilliant body of work to back it up.

The versatile performer has shown off her impressive range in a wide variety of genres across different languages and is regularly called upon to add weight to commercial blockbusters.

She will celebrate her 51st birthday on November 4 and plays a key role in hotly anticipated film sequel Drishyam 2, which releases on November 18.

Eastern Eye decided to mark the magnificent acting icon turning a year older this week and her new film releasing next month, by listing her 20 finest performances, in chronological order.

Maachis (1996): Tabu showed she was an actress to be reckoned with after delivering a stand-out turn in the period political thriller. The winning performance of a woman caught up in the aftermath of the 1984 Sikh massacre and subsequent insurgency would win her a National Award. The young actress added weight to a male-dominated movie and would do that throughout her career.

Ninne Pelladata (1996): Tabu stepped out of the comfort zone of Hindi films early on by acting in other Indian languages and starred in this National Award-winning Telugu blockbuster. The romantic drama about a couple torn apart by family won her a well-deserved Filmfare Awards South Best Actress (Telugu) trophy.

Kaalapani (1996): Although the epic Malayalam language historical drama headlined by Mohanlal was predominantly set on a prison island, during the days of the British Raj, the actress counterbalanced those tortuous conditions with her portrayal of a devoted wife waiting for her husband’s return. The award-winning film showed that the actress could play a transformative smaller role and still make a major impact.

Kadhal Desam (1996): The Hindi film actress continued to cross boundaries early on and made her Tamil language debut with this successful film. In a departure from the artistic, character-driven roles, Tabu showed she could shine in the more commercial space with her performance of a young woman who gets caught up in a love triangle between two best friends.

Virasat (1997): The remake of Tamil language film Thevar Magan (1992) was a real game-changer for the actress and won her a Filmfare Best Actress (Critics) award. One of the finest performances of her career saw Tabu take on the challenging role of an innocent village girl, who suddenly finds herself married to an educated man from overseas, in love with someone else and caught in the crossfire of rural politics.

Chachi 420 (1997): She may be more known for serious roles, but the actress has consistently shown her hilarious side in comedies like this Bollywood remake of Hollywood film Mrs Doubtfire (1993). She delivers a delightful portrayal of a divorced wife, who is duped by an ex-husband, when he dresses up as a nanny and works for her.

Hu Tu Tu (1999): The critically acclaimed drama may not have been commercially successful, but that didn’t stop Tabu from getting another Filmfare Best Actress (Critics) award. She portrays a kidnapped woman, who re-evaluates her life while in captivity, and adds interesting layers to the well-written role, in a story that sent out an interesting message.

Astitva (2000): Another major stand-out moment from Tabu’s stunning career was this critically acclaimed drama, which was filmed simultaneously in Hindi and Marathi. The actress won multiple Best Actress awards for her portrayal of a woman who has a secret past that comes out into the open. The taboo-busting performance set across different time periods was another masterclass from her.

Kandukondain Kandukondain (2000): The Tamil adaptation of classic Jane Austen novel Sense And Sensibility was a major commercial success. The film was praised for being progressive in how female characters were portrayed and a big part of that was the way Tabu added real depth to a role which brought a classic character to a contemporary Indian setting.

Chandni Bar (2001): Tabu won a second National Best Actress award for her stunning portrayal of a young woman who ends up working in a dance bar and gets caught up in a criminal web. She skilfully goes from innocence to a sharp and sensuous woman trapped in a dark underbelly. The impactful turn would inspire a generation of Bollywood leading ladies to attempt similar characters.

Maqbool (2003): The stunning Bollywood adaptation of William Shakespeare classic Macbeth has become iconic, largely thanks to the lead performances. Tabu took on the challenging role inspired by the villainous Lady Macbeth and added her own uniqueness in a menacing way. Hiding a villainy and a gradual insanity beneath an innocent exterior confirmed her as being one of the most talented performers of this generation.

The Namesake (2006): The actress left a lasting impact in her Hollywood debut. She adds real stature as the first-generation immigrant who gets married and moves to America with her husband in search of a new life. The less is more approach enables her to deliver a beautifully restrained performance of a woman going from a tranquil innocence in India to facing challenges in a new land. She, along with Irrfan Khan, gives the movie emotional depth.

Cheeni Kum (2007): Only someone with the talent of Tabu could have taken on the role of a 34-year-old who falls in love with a 64-year-old chef. She holds her own opposite Amitabh Bachchan and stands tall in the cross-generational romance, as the no-nonsense woman finding love in the most unexpected place. It would earn her another Filmfare Best Actress (Critics) award.

Haider (2014): The actress reunited with Maqbool director Vishal Bhardwaj for his Bollywood adaptation of William Shakespeare’s Hamlet and was once again serving up an unpredictable, grey-shaded role. She won the most praise for her performance and multiple Best Actress honours. Although Shahid Kapoor was outstanding in the title role, many felt the movie belonged to Tabu with one of her career’s stand-out performances.

Drishyam (2015): Only Tabu could have played this role in the Bollywood remake of the acclaimed Malayalam movie of the same name. Like most of her movies, she adds real weight with her perfect portrayal of a strict police officer investigating her son’s murder and going up against a formidable opponent, played by Ajay Devgn. She returns for the sequel, due for release on November 18, which picks up the story years later.

Golmaal Again (2017): The hit Golmaal series of films hadn’t been known for story or performances until Tabu joined the franchise and added a formidable stature with her presence. Even though the film is dominated by a male cast, her performance as a ghostbuster who can see spirits is the real hero and enabled her to give the comedy credibility.

Andhadhun (2018): Although she has played a wide range of roles across her career, Tabu has consistently shown that no frontline actress can play a grey or dark shaded role quite like her. She is simply stunning as the murderous woman who plays a game of cat and mouse with a pianist, pretending to be blind, and the police. The deliciously dark parallel lead role got her multiple Best Actress nominations but deserved so much more.

Ala Vaikunthapurramuloo (2020): The actress is quickly making her mark in memorable mother roles in films like De De Pyaar De (2019) and this smash-hit Telugu language drama. Her sterling supporting role as the mother who has her baby swit­ched and then receives help from the estranged son years later saw her deliver another heavy-hitting performance that gave the film a solidity.

A Suitable Boy (2020): After decades of delighting audiences in films, the actress finally made her TV debut with this BBC adaptation of the iconic 1993 Vikram Seth novel. Despite the drama series having a huge cast of characters, she was the headline act and had a magnetic presence as seductive courtesan Saeeda Bai.

Bhool Bhulaiyaa 2 (2022): If budget versus profit at the box office is calculated, then this spooky comedy has been the only Bollywood blockbuster of 2022. A massive part of the movie’s success is a stunning double role from the actress, which is unpredictable and filled with plenty of surprises. She shows off her impressive range and demonstrates there is no one quite like Tabu.