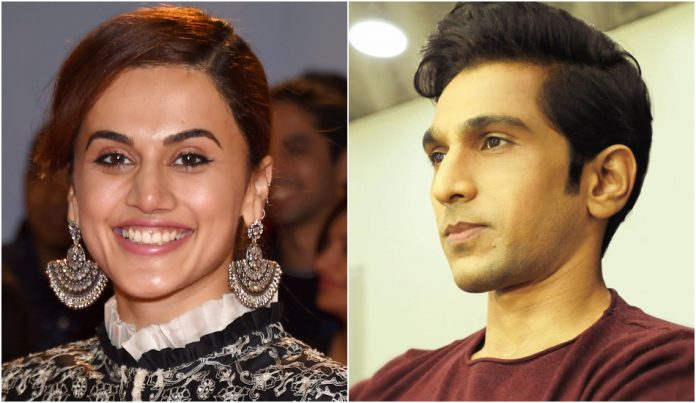 Pratik Gandhi is a big name in the Gujarati film industry and with his performance in last year’s release web series Scam: 1992, the actor has become a household name all over India, and internationally as well.

Now, Pratik has teamed up with Taapsee Pannu for a movie titled Woh Ladki Hai Kahaan?. The movie will be produced by Siddharth Roy Kapur, and directed by Arshad Syed.

Roy Kapur Films took to Instgaram to make an announcement about the movie. They posted, “Happy to announce our next production, a madcap comedy filled with twists and turns in the search for a missing ladki! #WohLadkiHaiKahaan? starring @taapsee and @pratikgandhiofficial, produced by #SiddharthRoyKapur and written & directed by @arshadasyed. On the floors soon!”

It will surely be interesting to watch the fresh pairing of Pratik and Taapsee on the big screen.

Meanwhile, with this announcement Taapsee clearly becomes an actress with maximum films in her kitty right now. The actress will be seen in movies like Haseen Dillruba, Rashmi Rocket, Looop Lapeta, Dobaaraa, Shabaash Mithu, and Woh Ladki Hai Kahaan?.

The shooting of Haseen Dillruba, Rashmi Rocket, and Looop Lapeta has been wrapped up, and recently, she kickstarted the shooting of Dobaaraa which is being directed by Anurag Kashyap.

Taapsee had posted about it on Instagram, “My #DobaaraaSeries Coz some collaborations deserve to be repeated…. Ready to create more memories because we were running out of Manmarziyaan stories to tell… @anuragkashyap10 let’s do this #Dobaaraa.”