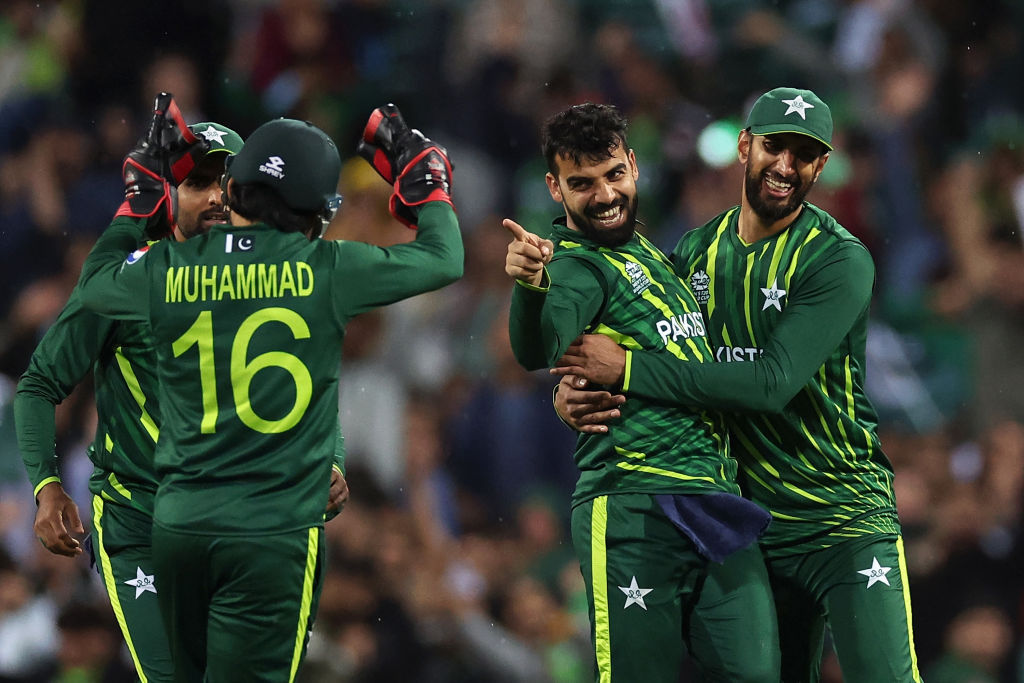 Formidable New Zealand appears strong on paper, but they have to defy history when they clash with an unpredictable and upbeat Pakistan in the first T20 World Cup semifinal here on Wednesday.

Unlike Pakistan’s roller-coaster and miraculous journey into the last four, the Kiwis had a straightforward passage into the knockout stage as they finished on top of Group 1 following wins over reigning champions Australia, Sri Lanka and Ireland in a group of ‘death’.

Babar Azam and his teammates, who had lost two key Super 12 clashes against India and Zimbabwe up front, were probably thinking of their departure plans when the Netherlands favoured them by eliminating South Africa on a dramatic Sunday.

All Pakistan had to do was beat Bangladesh in the second match of the day to make a dream semi-final.

It’s giving a sense of ‘deja vu’ as Pakistan had clashed against New Zealand in the 1992 World Cup semi-final, coming from nowhere, and went on to win the match and later trophy.

Pakistan also has history backing them as New Zealand has lost all their previous World Cup semifinals to them in ODI (1992, 1999) and T20 (2007) formats.

New Zealand’s propensity to falter at the big stage of a white-ball tournament is also a no secret. They have consistently reached the semis in the last four World Cups but never managed to last the distance.

Under conditions better suited to them, Williamson will look to strike early against the Pakistani batting lineup which has not been in its elements.

Skipper Babar is still struggling while Mohammad Rizwan is also far from his ominous best. They were in panic mode even while chasing a modest 128 against Bangladesh.

Kiwi pace duo of Trent Boult and Tim Southee will be back at the same venue where they rattled Australia and Sri Lanka top-order en route to easy wins as they would look for a strong start.

Incidentally, Pakistan too has a strong point in their bowling and the key would be to seize the battle with the bat.

Daryl Mitchell looked in full flow on his return from a finger injury. He along with skipper their man-in-form Glenn Phillips would look to shoulder the responsibility in the middle.

Phillips has been a revelation for the Black Caps having scored a century and a half-century both coming in the last three matches.

After a quiet start, skipper Williamson has got some runs under his belt in the last two matches as he would look to steer his side to yet another final.

Pakistan on the other hand would be desperate to prove that their journey to the semis is not a fluke.

Luck apart, it’s Pakistan’s bowling, superbly spearheaded by Shaheen Afridi and Haris Rauf, that has been instrumental in their success.

Making a return from an injury layoff, Shaheen has hit the straps, especially in the last outing when he returned with a career-best four-wicket haul to stall Bangladesh’s progress.

With a fair knowledge of the conditions, Rauf has been their ‘silent assassin’, going about his job meticulously.