T20 WC: We were not up to the mark with the ball, failed to hold our nerves, says Rohit Sharma after the loss to England 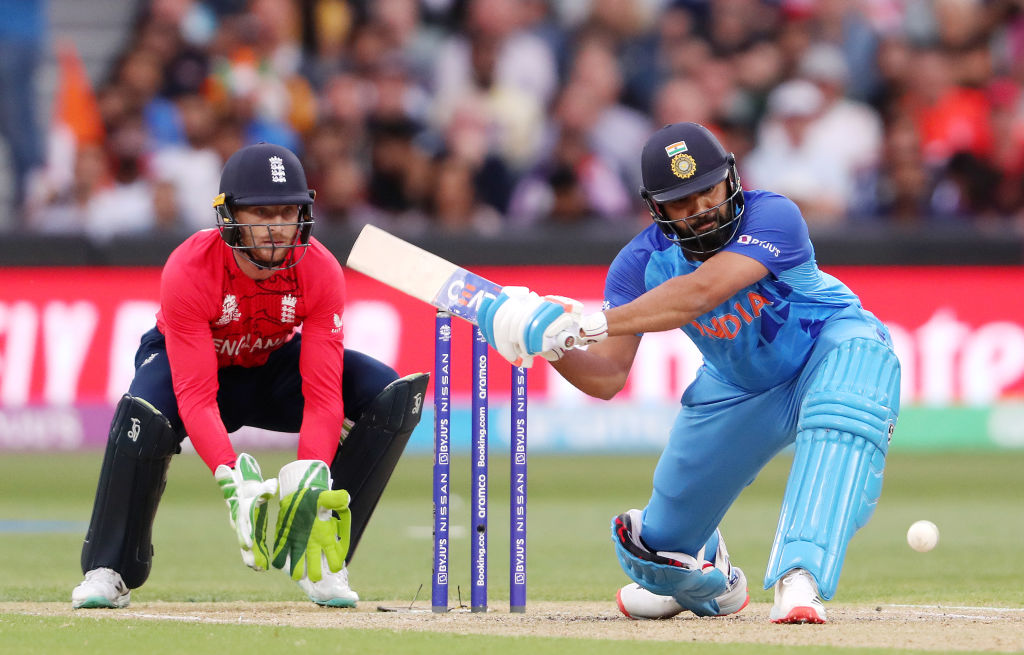 Following his side’s ten-wicket loss to England in the semifinal of the ICC T20 World Cup, Indian skipper Rohit Sharma said his side was not up to the mark with the ball and failed to hold their nerves and in executing their plans.

Top knocks from openers Alex Hales and Jos Buttler powered England to an emphatic 10-wicket win over India in the second semi-final of the ongoing ICC T20 World Cup in Australia at Adelaide on Thursday. “Pretty disappointed how it turned out today. We batted well at the back end to get that score. We were not up to the mark with the ball, we could not turn up today. It is all about handling the pressure in knockout games. All these guys have played enough to understand that. These guys have played under pressure in IPL games, it is all about keeping calm,” said Rohit during a post-match presentation.

“We were nervy to start with, but you got to give credit to their openers, they played really well. I thought it swung a bit in the first over, but not from the right areas. We know the runs are scored square of the wicket, we were aware about it. When we won the first game, it showed a lot of character. The game against Bangladesh, it was a tricky one. I thought we held our nerve and kept executing our plans. Could not do that today,” added Rohit.

With this, the final between England and Pakistan is set.

Pacer Chris Jordan was the pick of the bowlers, taking 3/43. Adil Rashid and Chris Woakes got a wicket each.

Chasing 169, England put pressure on Indian bowlers right from the first over. India did not have any answer for the onslaught brought by Jos Buttler (80*) and Alex Hales (86*). England chased the total with all ten wickets in hand with four overs to spare.