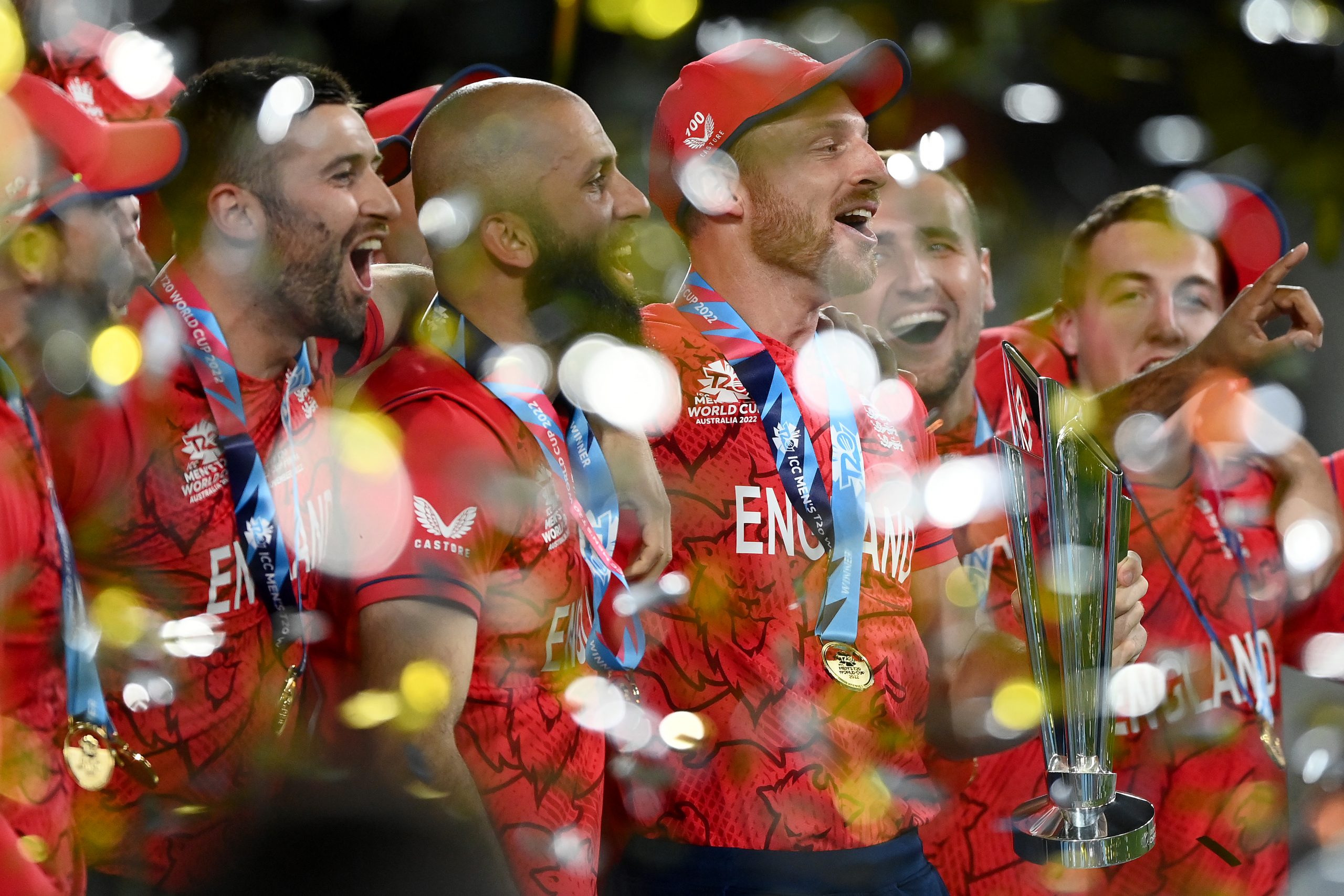 Top performances from Sam Curran and Ben Stokes powered England to their second ICC T20 World Cup title after 2010, as they defeated Pakistan by five wickets in a gripping low-scoring final at the Melbourne Cricket Ground (MCG) on Sunday.

England delivered a fantastic performance with the ball, reducing Pakistan to 137/8. Sam Curran (3/12) lead the English batting attack. Chasing 138, England was reduced to 45/3 before powerplay, but Stokes (52*) delivered in a big match once again to take his side to a victory. Chasing 138, England lost opener Alex Hales in the first over itself for just one run after Shaheen Afridi sent a delivery crashing through his gates. England was 7/1 in one over.

Just when it seemed that the duo was building a partnership, Haris Rauf intervened to send back Salt for just 10 off nine balls. England was 32/2 in 3.3 overs.

All-rounder Ben Stokes came to bat next. Rauf got his second wicket of the match as he dismissed the skipper Buttler for 26 off 17 balls. England was 45/3 in 5.3 overs.

At the end of powerplay in six overs, England was 49/3, with Harry Brook (4*) joining Stokes (1*). The duo helped England reach halfway through their innings without any damage.

Stokes-Brook were bringing England back into the game, one run at a time. But their stand was cut short at 39 runs by spinner Shadab Khan, who dismissed Brook for 20 off 23 balls. Shaheen took a brilliant catch at long-off. England was 84/4 in 12.3 overs.

England touched the 100-run mark in 15.4 overs. England needed 38 in 26 balls. Stokes relieved some pressure by smashing a four over covers and a six over long-off to bring down the equation to 28 needed in 24 balls.

Moeen smashed pacer Mohammad Wasim for two boundaries in the first two balls of next over, bringing down the deficit to 20 runs in 22 balls. He also hit a boundary on the final ball, leaving England to chase 12 runs in the final three overs.

The 48-run stand between Ali and Stokes came to an end after Wasim dislodged the former’s stumps. The left-hander’s short, but valuable cameo was over at 19 runs in 13 balls.

England needed 6 in 10 balls and five of their batters were back in the hut for 132.

Stokes brought his first half-century in T20I cricket with a four in 47 balls. Scores were levelled.

Stokes brought the winning runs, England finished the innings at 138/5 in 19 overs, with Stokes unbeaten at 52* off 49 balls and Liam Livingstone at 1*.

Rauf (2/23) was the pick of the bowlers for Pakistan. Shaheen, Wasim and Shadab picked one each.