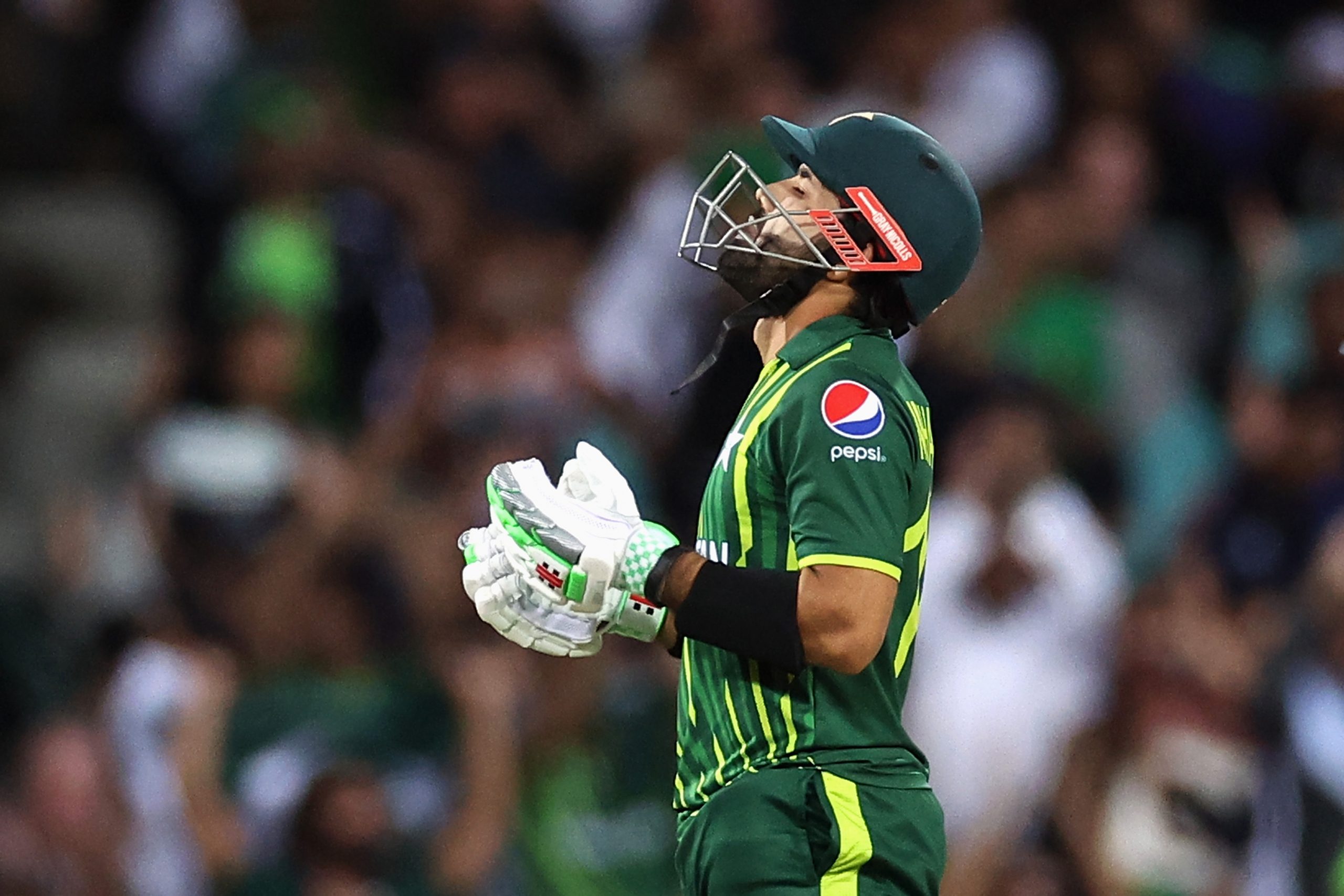 Star batters Babar Azam and Mohammad Rizwan found form at the right moment, smashing key half-centuries to help Pakistan cruise into the final of the ICC T20 World Cup after defeating New Zealand by seven wickets in the first semifinal at the Sydney Cricket Ground on Wednesday.

Men in Green will play either India or England in the final of the tournament. Chasing 153, Pakistan was off to a fine start. Openers Babar Azam and Mohammad Rizwan seemed to be in good touch. The duo took star bowlers Trent Boult and Tim Southee to attack, smashing them for boundaries.

Kiwis did not seem to have any answers for Azam-Rizwan’s batting as runs kept pouring. At the end of 10 overs, Pakistan stood at 87/0, with Azam (43*) and Rizwan (41*) unbeaten still.

Azam brought up his 30th half-century in the shortest format in just 38 balls with a couple. Pakistan reached the 100-run mark in 11.5 overs.

Pacer Boult produced the breakthrough for Kiwis, dismissing skipper Azam for 53 off 42 balls after he was caught by Daryl Mitchell at long-on.

Mohammad Haris was the next up on crease and he hammered Boult over mid-off on his second ball.

Rizwan continued to score, bringing up his 23rd T20I fifty.

Boult got his second wicket in the match in the 17th over as Rizwan was caught by Glenn Phillips in the covers region. The batter departed after a well-made 57 off 43 consisting of five fours.

Shan Masood arrived to the crease, with responsibility to finish the match. Spinner Santner picked up the wicket of Haris at the last ball of the 19th over for 30 off 26 balls.

Pakistan needed two runs in the final over. Iftikhar Ahmed was on the crease. They finished their innings at 153/3 in 19.1 overs, with Masood (3*) and Iftikhar (0*) unbeaten.

Boult (2/33) was the pick of the bowlers for New Zealand. Santner also took a wicket.
Earlier, Daryl Mitchell carried his bat through the innings, scoring an unbeaten fifty to guide New Zealand to 152/4 after a top-order collapse against Pakistan in the first semi-final of the T20 World Cup at the Sydney Cricket Ground on Wednesday.