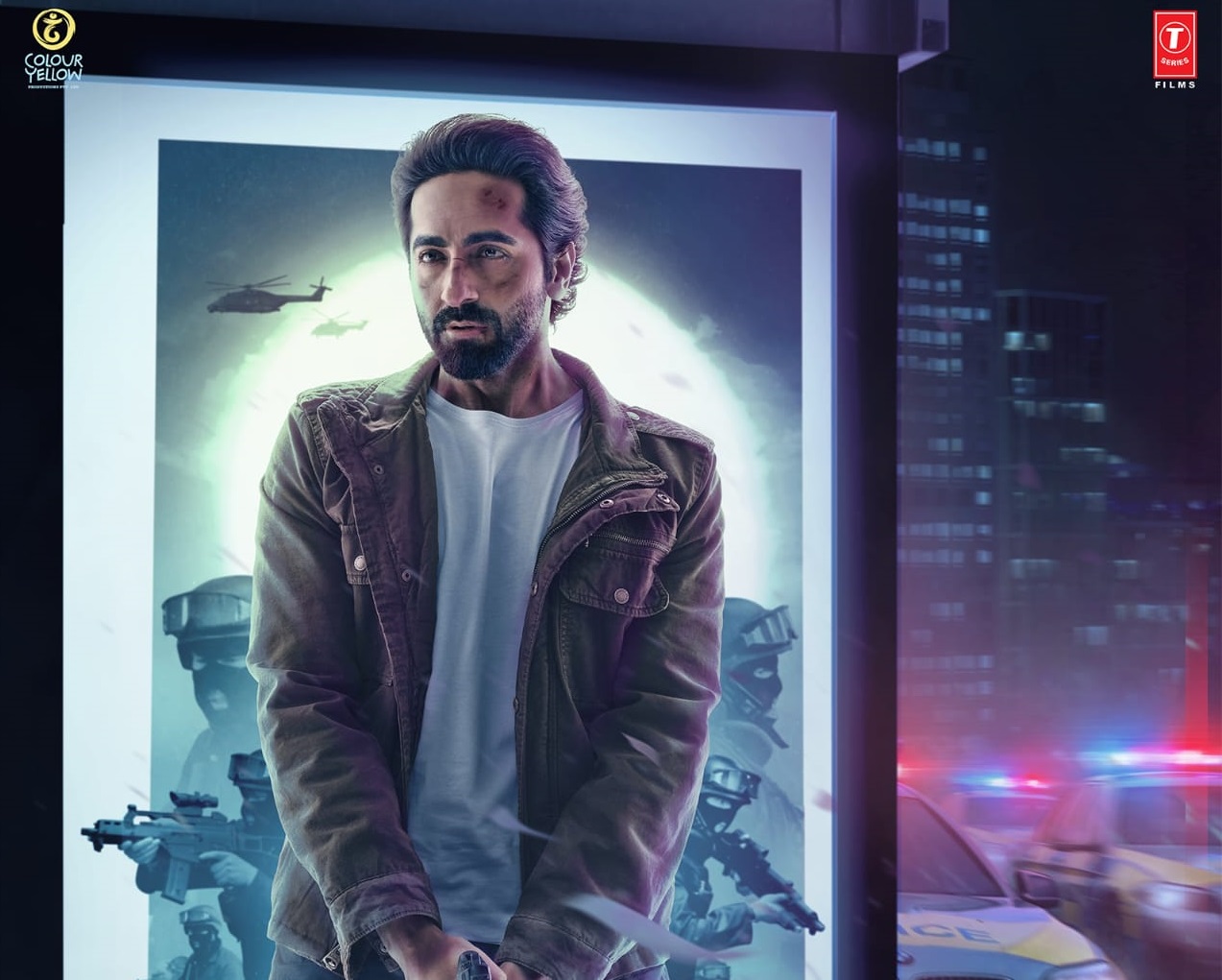 Colour Yellow Production and T-Series’ An Action Hero has been raising the anticipation quite high! Adding to the thrill of the audience, the filmmakers have just dropped the poster of the film.

Ayushmann Khurrana looks absolutely stunning as he is seen posing with a gun and the poster strikes a chasing sequence of the film. High on excitement, the makers now look forward to the trailer release of the film scheduled on November 11.

The Ayushmann Khurrana and Jaideep Ahlawat starrer created much anticipation among the fans after the release of its thrilling teaser.

With its slick action and offbeat, satirical sense of humour, the release of the film is highly awaited. ‘An Action Hero’ is slated to hit the big screen this December 2 and end all its fans’ built-up intrigue.