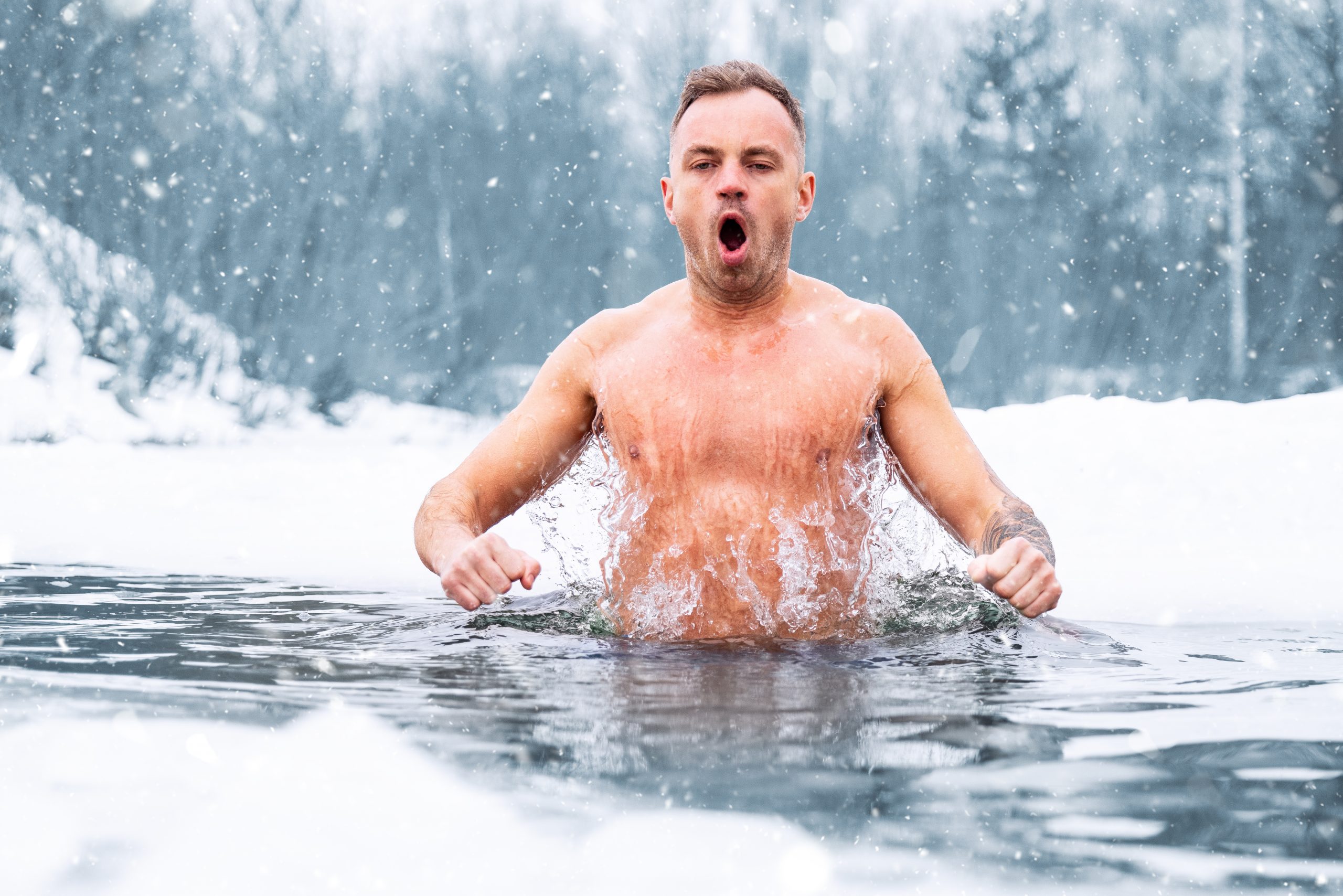 Thanks to the popularity of wellness gurus and influencers like Wim ‘The Iceman’ Hof, swimming in sub-zero temperatures has become increasingly popular in recent years.

Now, a major review has found that going for a swim in cold water could help you lose weight and also protect you against diabetes.

Swimming in cold water could reportedly cut ‘bad’ body fat in men and protect against insulin resistance, which can lead to blood-sugar problems, the Daily Mail informs.

Additionally, it is now ‘clear’ that cold water immersion ‘may have some beneficial health effects’ states, lead study author Professor James Mercer, from The Arctic University of Norway.

Scientists believe fat-busting hormones are released with cold water, and this can help to protect against obesity and heart disease.

However, the experts have also warned of health risks such as hypothermia, a dangerous drop in body temperature, and heart and lung issues.

They also caution that cold-water swimming should be treated as an extreme sport.

The review of 104 studies looked at the impact of cold water on blood circulation, the immune system, inflammation, and oxidative stress.

According to the findings published in the International Journal of Circumpolar Health, it was found that repeated cold-water immersions over winter considerably increased insulin sensitivity and decreased insulin concentrations.

Brown adipose tissue – a type of ‘good’ body fat that burns calories to maintain body temperature was found to be activated after taking a dip in the water with temperatures below 20C (68F).

Additionally, being immersed in cold water also reportedly increased the production of the protein adiponectin, which plays a key role in protecting against insulin resistance, diabetes, and other diseases.

Furthermore, some studies also suggested cardiovascular risk factors improved in swimmers who have adapted to the cold, however, some others found it increased the workload on the heart.

Thus, due to conflicting findings, researchers were reportedly left undecided over heart health.

Also, since many of the studies involved small numbers of participants, with mostly one gender, and with different water temperatures and salt composition, researchers feel more in-depth work is needed.

Professor Mercer is reported to have said, “Many of the studies demonstrated significant effects of cold-water immersion on various physiological and biochemical parameters.

“But the question as to whether these are beneficial or not for health is difficult to assess.

“Based on the results from this review, many of the health benefits claimed from regular cold exposure may not be causal.

“Instead, they may be explained by other factors including an active lifestyle, trained stress handling, social interactions, as well as a positive mindset.

“Without further conclusive studies, the topic will continue to be a subject of debate.”

With regard to the dangers involved in the cold water swimming, Dr Heather Massey, who is co-leading a trial into cold-water swimming and depression, is quoted as saying,

“Outdoor swimming is an extreme sport. It is very important you think before you swim.”

Scientists fear people are not aware of the dangers of this sport.

According to the experts, participants can go into cold shock, which is caused by a rapid fall in skin temperature and can lead to gasping, the release of stress hormones, and abnormal heart rhythms.

“Cold shock and the loss of control of breathing can result in drowning,” Professor Mike Tipton, of Portsmouth University, said.

Experts inform that the number of deaths in the UK after open-water swimming rose from 34 to 61 between 2018 and 2021.