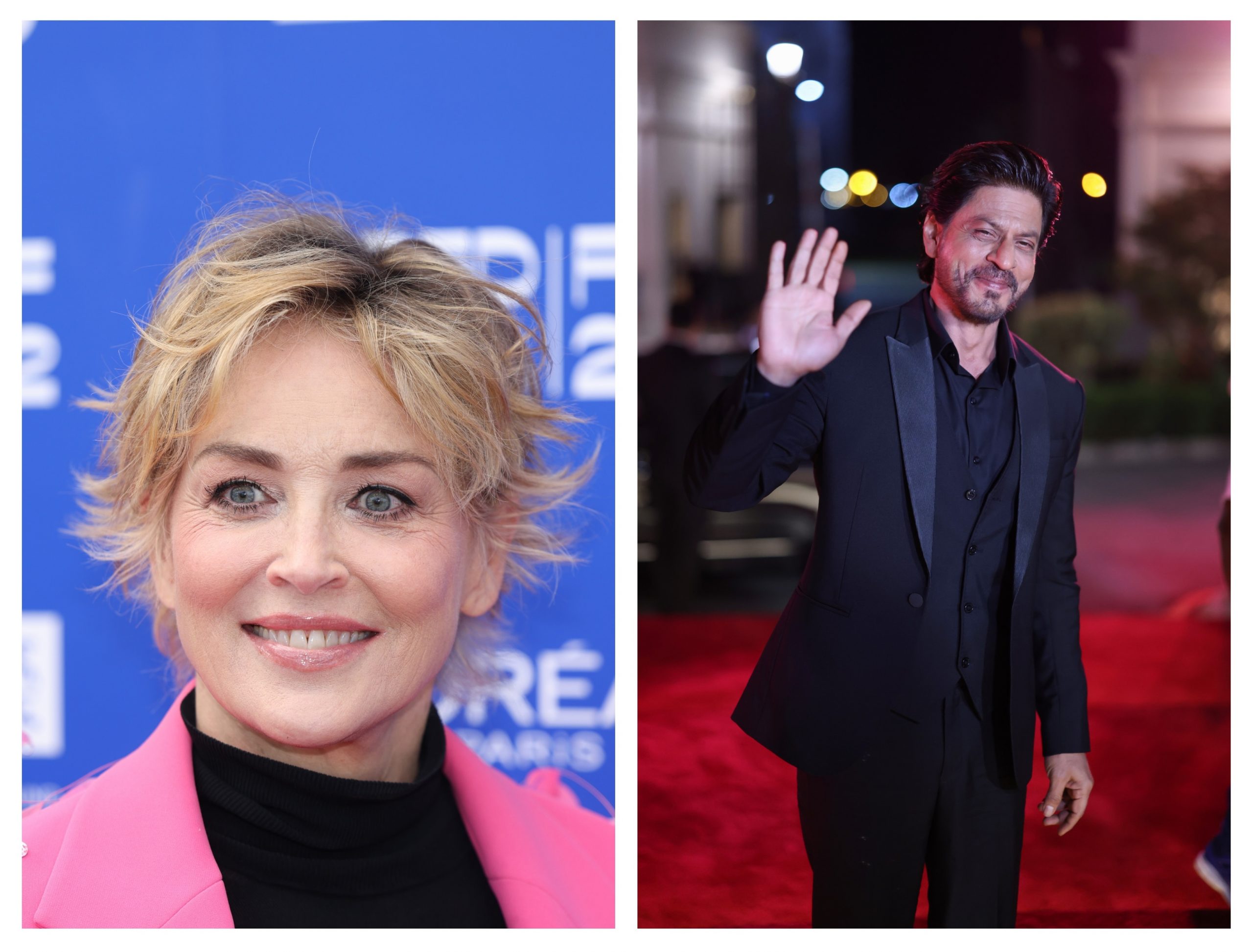 Sharon Stone is the latest Hollywood star to be enamoured by the charm and magic of Bollywood superstar Shah Rukh Khan. In a viral video, Stone can be seen looking at Khan with awe after spotting him right next to her at the Red Sea Fest in Saudi Arabia.

As soon as the Basis Instinct actress saw Khan seated next to her, she first gasped and then screamed, “Oh my God!” as the host introduced the Indian icon to the crowd in attendance. Stone only realised that Khan was in the room when the host introduced him to everyone.

Khan greeted the audience and then said ‘Salaam’ to Stone.

Stone said she is not someone who is easily starstruck. “But I saw him and I was just like… (surprised),” said the actress.

Meanwhile, Khan was honoured at the film festival for his contributions to cinema. AR Rahman, Priyanka Chopra, and Kareena Kapoor Khan also attended the event.

Expressing his gratitude, the superstar said, “I am truly honoured to receive this award from the Red Sea International Film Festival. It’s wonderful to be here among my fans from Saudi and the region who have always been huge supporters of my films. I’m looking forward to celebrating the region’s talent and being a part of this exciting film community. Film is a unifier because it transits shared human experiences across cultures. You like a film because it stirs your emotions, be it in whatever language or culture it is from. And Thank God for subtitles. It brings all that is human to the fore and it shows perhaps better than any other art, how despite the immense diversity of the world we live in, our basic pursuits and emotions are the same.”

“Cinema celebrates diversity. It doesn’t stop short of fully exploring differences. And doing so, in the most beautiful fashion, it teaches us not to be afraid of those differences,” he concluded.

On the work front, SRK will next be seen in Siddharth Anand’s spy-thriller Pathaan. Also starring Deepika Padukone and John Abraham, the film is set to enter theatres on January 25, 2023.