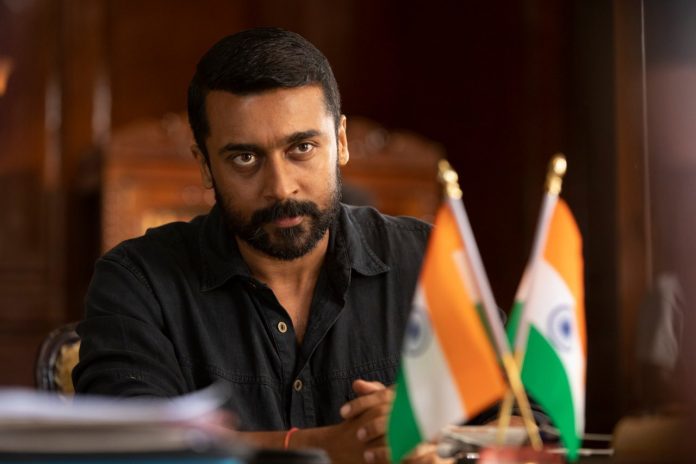 Suriya starrer Soorarai Pottru started streaming on Amazon Prime Video in November last year. The film got a great response, and now, here’s a fantastic news for all the Suriya fans.

Soorarai Pottru has joined the race of Oscars in the categories like Best Actor, Best Actress, Best Director, Best Original Score, and others.

The movie’s co-producer, Rajsekar Pandian took to Twitter to make an announcement about it. He posted, “Happy Republic Day! #SooraraiPottru joins OSCARS under General Category in Best Actor, Best Actress, Best Director, Best Original Score & other categories! The film has been made available in the Academy Screening Room today ������������ @Suriya_offl #SudhaKongara @gvprakash @TheAcademy.”

The movie was inspired by the life of G. R. Gopinath, the founder of Air Deccan.

Directed by Sudha Kongara, Soorarai Pottru also stars Paresh Rawal, and Aparna Balamurali. The movie was also selected to be screened under the Best Foreign Film category at the 78th Golden Globe Awards.

Talking about Suriya’s upcoming films, the actor will next be seen in Vaadivasal which is being directed by Vetrimaaran. The first look of the film was released last year on Suriya’s birthday.