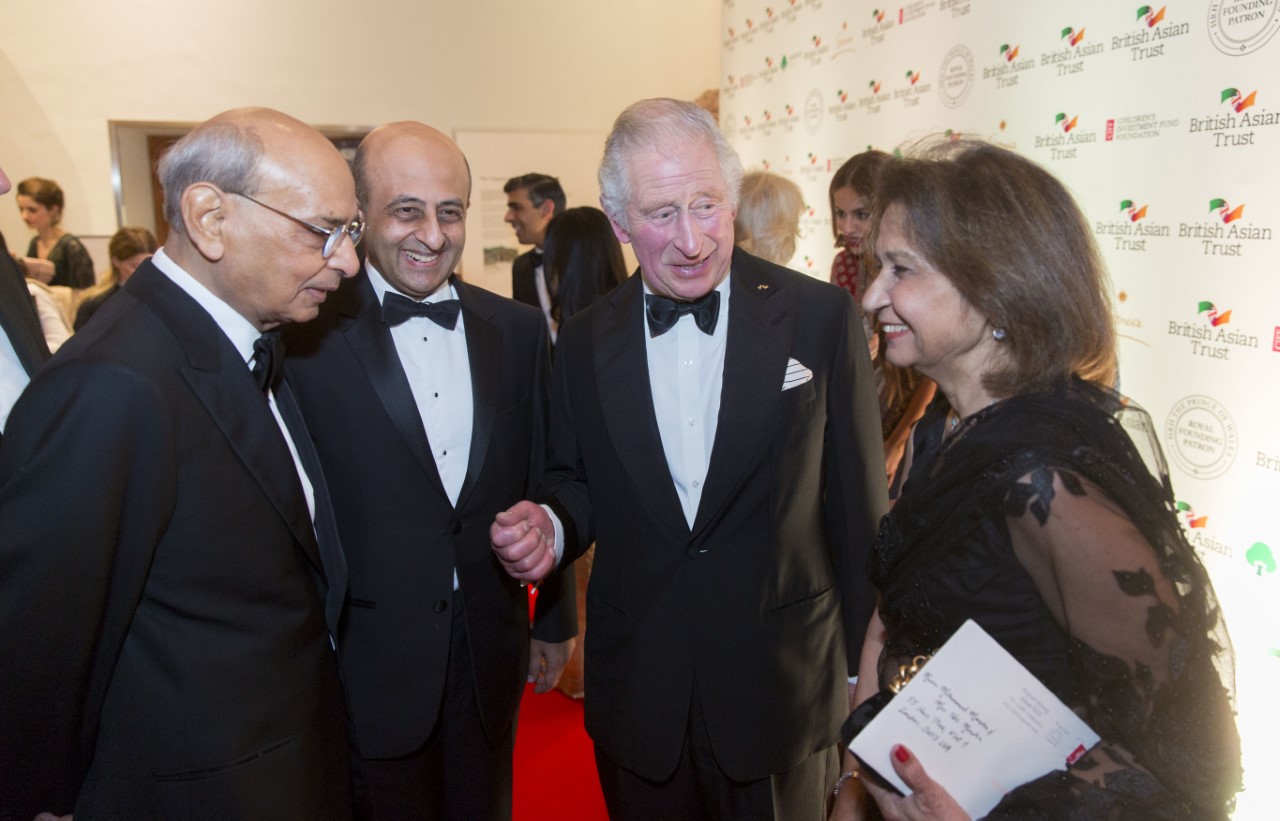 Leading business, political and community leaders from the subcontinent attended the trust’s annual dinner at the British Museum, where Lord Jitesh Gadhia was named as the new chair of the charity.

Prince Charles said, “I cannot quite believe it is almost two years to the day that both my “Mehabooba” and myself were able to be with all of you to celebrate the work of the British Asian Trust. Since then, across the globe, there has been terrible loss of life from Covid-19 and we have especially seen the devastating impact throughout south Asia.

“In these most challenging times, the British Asian Trust has run four significant fundraising appeals which have so far raised almost £20 million. A truly remarkable achievement in such a difficult environment.”

During the pandemic, the trust raised £5m through its “Oxygen for India Appeal” to support the country during its devastating second wave.

It also secured £2m of matched funding from the UK government for the trust’s Women’s Economic Empowerment programme, which will help 10,000 Pakistani women to find a job or start a business.

Founded in 2007 by Charles and British Asian business leaders, the trust seeks to tackle poverty, inequality and injustice in Pakistan, India, Bangladesh and Sri Lanka.

The event was hosted by trust ambassadors, BBC broadcaster Nihal Arthanayake, BBC, and Reshmin Chowdhury, sports presenter for BT Sport and the BBC.