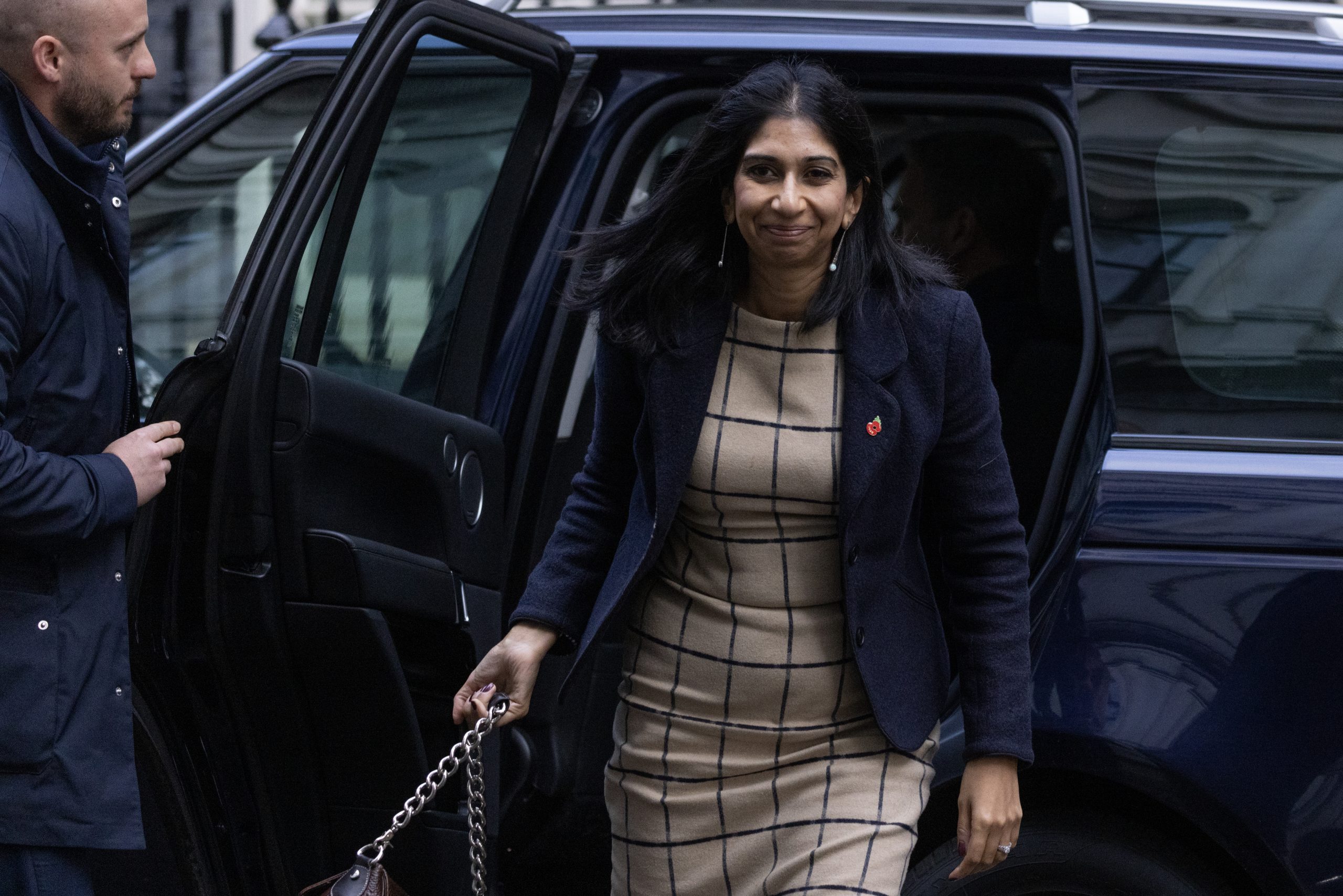 The reappointment of Suella Braverman as the British home secretary by Prime Minister Rishi Sunak sets a “dangerous precedent” for how breaches of the ministerial code are dealt with, a cross-party parliamentary panel said in a report on Friday.

Braverman, 42, had resigned from the Cabinet of former prime minister Liz Truss, having breached the ministerial code by sending secure information from her private email. She was reappointed by Sunak on October 25, leading to growing calls for her resignation.

The House of Commons Public Administration and Constitutional Affairs Committee said the situation was “unsatisfactory” and that there needed to be a more “robust” system of upholding standards in public life.

“The reappointment of the home secretary sets a dangerous precedent,” the Committee’s report said.

“The leaking of restricted material is worthy of significant sanction under the new graduated sanctions regime introduced in May, including resignation and a significant period out of office. A subsequent change in prime minister should not wipe the slate clean and allow for a rehabilitation and a return to ministerial office in a shorter time frame. To allow this to take place does not inspire confidence in the integrity of the government nor offer much incentive to proper conduct in future,” it said.

Braverman had resigned on October 19, days before her boss Liz Truss’ own exit. She later told MPs that she made an “error of judgement… I took responsibility for it and I resigned”.

Sunak has previously defended his fellow Indian-origin politician’s reappointment to his so-called “unity Cabinet” bringing together different wings of the governing Tory party, saying she had “accepted her mistake”.

However, the Commons committee, which oversees parliamentary affairs, called on the government to toughen the system regulating standards and ethical conduct, especially in the wake of scandals such as ‘Partygate’ — which involved COVID-19 law breaches at the heart of the government.

“It is incumbent on the government to ensure a robust and effective system for upholding standards in public life, with proper sanctions for those who break the rules,” Conservative Party MP William Wragg, chair of the committee, said.

“Our inquiry has found that although we have a sophisticated landscape of ethics watchdogs in the UK to safeguard standards in public life, they lack the power to enforce the rules. The prime minister is rightly the ultimate arbiter of the rules in our system. We urge him to show leadership and give legal status to all the ethics watchdogs,” he said.

Wragg said such a legal backing would act as a “better deterrent” for those who may be tempted to act improperly and further safeguard the integrity of public life in the United Kingdom.

The Committee also recommended that former ministers and civil servants who break the rules regulating the “revolving door” between government and private sector jobs should face legal action. Currently, former ministers are supposed to seek non-binding advice from the Advisory Committee on Business Appointments (ACOBA).

Reacting to the report, the opposition Labour Party said the government had no plan to restore standards in public life after “years of sleaze and scandal”.

“We have been clear that this government will have integrity, professionalism, and accountability at every level and we are already taking action to improve the effectiveness of the business appointment rules,” a UK Cabinet office spokesperson said, with reference to the report.