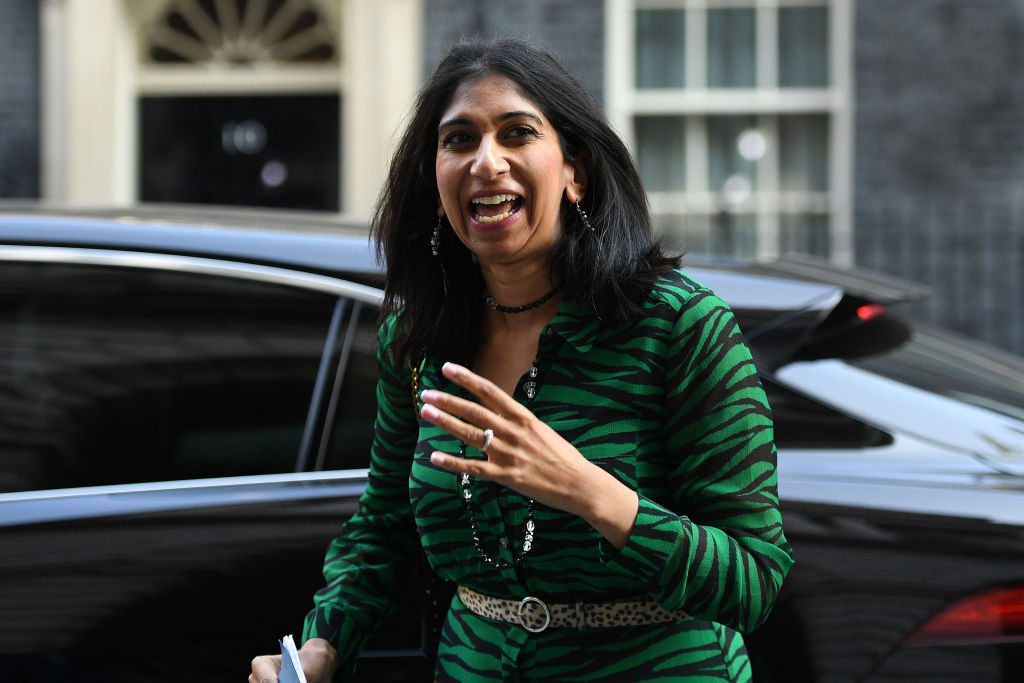 Home secretary Suella Braverman called out Sussex Police for “playing identity politics and denying biology” after the force’s reference to a sex offender as a woman kicked up a row.

The controversy began after the force put out a press release titled, “Woman convicted of historic offences against children in Sussex”.

It was about the sentencing of Sally Ann Dixon who had committed sex crimes as a man before transitioning to a woman.

When some Twitter users took exception to the police for referring to Dixon as a woman, the force retorted, saying it did not “tolerate any hateful comments towards their gender identity regardless of crimes committed”.

“If you have gender critical views you wish to express this can be done on other platforms or your own page, not targeted at an individual,” the force said on the microblogging platform.

But Braverman intervened with a tweet: “@Sussex_police have done well to put a dangerous criminal behind bars. But they’ve got it wrong by playing identity politics and denying biology. Focus on catching criminals not policing pronouns.” She posted the comment on Tuesday with the hashtag #commonsensepolicing.

Hours later, Sussex Police apologised for its earlier comment and said it recognised the rights of the public “to express themselves freely within the boundaries of the law.”

It said in a statement that it had “reported factually on the findings of the court which heard that, at the time of the offences, Dixon was living as a man”.

It also clarified that the “relevant offences were recorded as being committed by a male.”

“An earlier reply to a comment on Twitter was inconsistent with our usual style of engagement; we apologise for this and have removed the comment”, the force said in the statement.

Braverman acknowledged the course correction and advised the force not to focus on “political correctness.”

“I acknowledge and thank @sussex_police for their swift apology & retraction. The best police officers focus on solving crimes and supporting victims. Not political correctness,” the home secretary said.

Dixon has been handed down an 18-year custodial sentence, with an additional two years to be served on an extended licence for sexually abusing seven children in Crawley, Bexhill and Icklesham between 1989 and 1996.

The children – five girls and two boys – were aged between six and 15 when they were abused.

At the time of the offences, Dixon was known as John Stephen Dixon, who transitioned to female in 2004.