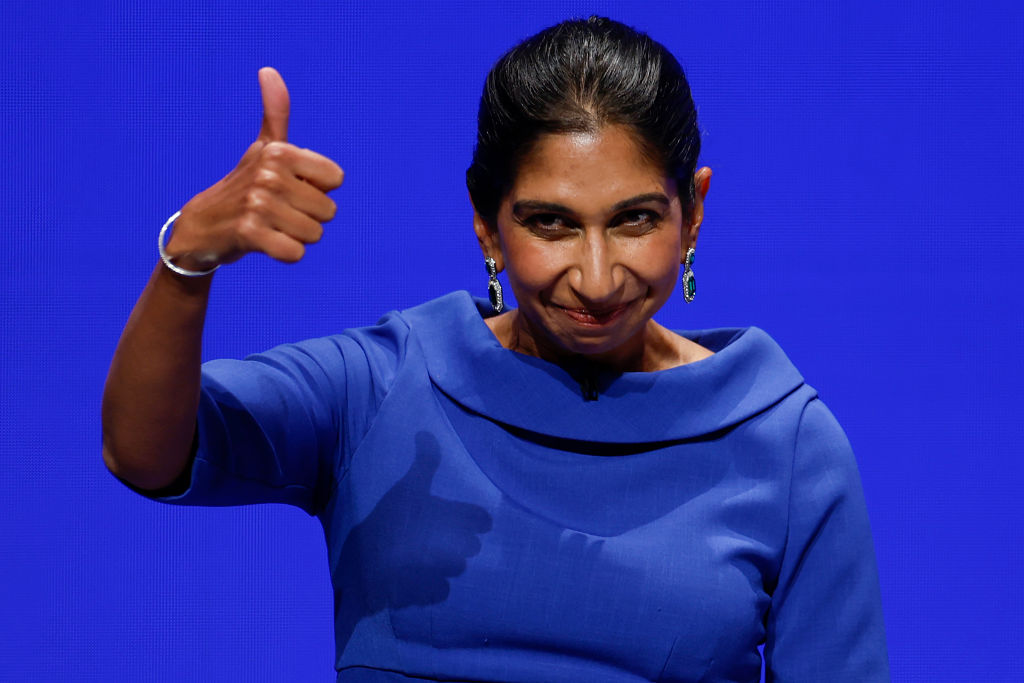 Britain’s Home Secretary Suella Braverman on Tuesday accused her Conservative Party colleagues of plotting a “coup” against Prime Minister Liz Truss, forcing the party leader into a U-turn over plans to abolish the top rate of income tax for the country’s highest earners.

On the sidelines of the governing party’s annual conference in Birmingham, the Indian-origin Cabinet minister said the Tory MPs should be uniting behind their new leader who had been handed a “serious mandate” by the party’s membership at the end of an “exhausting” leadership election over the past few months.

“I’m very disappointed that members of our own parliamentary party staged a coup effectively and undermined the authority of the Prime Minister in an unprofessional way,” Braverman told ‘The Daily Telegraph’.

“We are one party, the Prime Minister has been elected. She has got a serious mandate to deliver. She did talk about tax cuts all through the summer in a pretty exhausting process. She is doing what it said on the tin,” she told a podcast for the newspaper.

Her defence of Truss came a day after the government was forced into an embarrassing reversal of a proposed slashing of the 45 pence income tax rate from next April to avert a rebellion from within party ranks.

Truss said the issue had become a “massive distraction” from her otherwise sound economic growth plan.

Braverman expressed disappointment at the policy being rolled back by Truss and UK Chancellor Kwasi Kwarteng amid an ensuing economic storm, but said she “accepted their reasons”.

At a Young Conservatives event at the Birmingham conference on Monday, the minister also pointed to the prospect of cutting foreign student numbers coming into the UK to meet the country’s growth needs.

“We should be looking more at students. We’ve had a massive increase in the number of students coming into this country,” said Braverman.

“I do think we do get to a point where we have to look at some of the courses that people are doing in this country, some of the institutions, they are not always very good quality. I think it’s legitimate to question whether that is going to serve our economic objectives, and taking a more discerning, smart approach to the number of student visas I think is highly consistent with our agenda for growth,” she said.

Her intervention comes at a time when India has overtaken China as the country with the highest number of student visas issued to study at higher education institutions in the UK.

According to the latest Home Office data, around 118,000 Indian students received a UK student visa in the year ending June 2022 – an 89 per cent increase from the previous year.

The new minister, who took charge at the Home Office earlier last month, said she will also be looking at other visa routes to “inject balance” into the country’s immigration system.