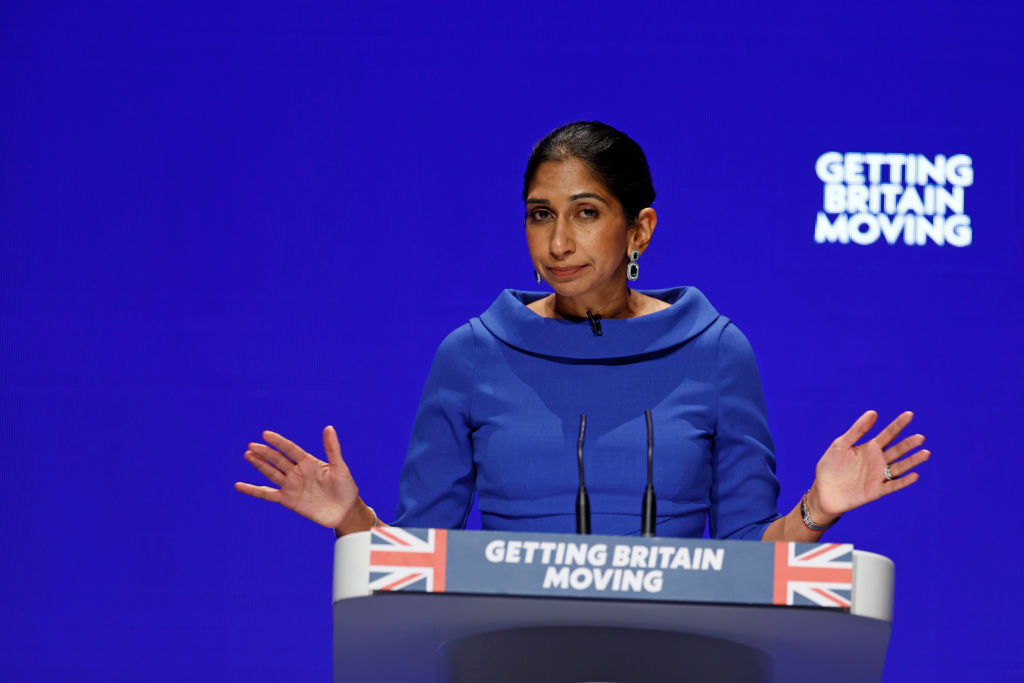 Britain’s Indian-origin Home Secretary, Suella Braverman, has cast doubts over a proposed free trade agreement (FTA) with India over the issue of migration and branded Indians as the “largest group of people who overstay” their visas in the UK.

Expressing concerns over what she feared would be an “open borders” migration policy in an interview with ‘The Spectator’ on Thursday, the senior minister seemed to indicate that she would not offer Cabinet backing to a trade deal that offers India greater visa concessions.

It would pitch her in a possible clash with British Prime Minister Liz Truss, who wants an FTA with India – now in the final round of negotiations – within the Diwali deadline set by her predecessor Boris Johnson.

“I have concerns about having an open borders migration policy with India because I don’t think that’s what people voted for with Brexit,” Braverman told the British weekly news magazine.

Asked about visa flexibility for students and entrepreneurs under an India-UK FTA, she said: “But I do have some reservations. Look at migration in this country – the largest group of people who overstay are Indian migrants.

“We even reached an agreement with the Indian government last year to encourage and facilitate better cooperation in this regard. It has not necessarily worked very well,” the 42-year-old minister said.

Braverman was referencing the Migration and Mobility Partnership (MMP) clinched between her predecessor in the Home Office, Indian-origin former Home Secretary Priti Patel, and External Affairs Minister S Jaishankar in May last year.

“This landmark agreement with our close partners in the government of India will provide new opportunities to thousands of young people in the UK and India seeking to live, work and experience each other’s cultures. This agreement will also ensure that the British government can remove those with no right to be in the UK more easily and crack down on those abusing our system,” Patel said of the MMP at the time.

But Braverman’s contention that the pact has not worked very well is seen as a clear indication that she is unlikely to back her boss, Liz Truss, on any further visa offers that are expected to be a part of a wider FTA.

It comes in the wake of her comments at the Conservative Party annual conference earlier this week, where she targeted “low-skilled migrants” and the growing numbers of student visas being issued.

“We should be looking more at students. We’ve had a massive increase in the number of students coming into this country. I do think we do get to a point where we have to look at some of the courses that people are doing in this country, some of the institutions, they are not always very good quality,” said Braverman.

“I think it’s legitimate to question whether that is going to serve our economic objectives, and taking a more discerning, smart approach to the number of student visas I think is highly consistent with our agenda for growth,” she noted.

Her intervention comes at a time when India has overtaken China as the country with the highest number of student visas issued to study at higher education institutions in the UK. According to the latest Home Office data, around 118,000 Indian students received a UK student visa in the year ending June 2022 – an 89 per cent increase from the previous year.

Indians have also consistently topped the charts of highly skilled migrants issued visas to live and work in the UK.

Under a new FTA, it has been widely expected that India would be seeking to bolster that trend for its students and professionals as part of an enhanced two-way exchange across different sectors.

Braverman was named as the Home Secretary by Prime Minister Liz Truss on September 6.

The mother of two children is the daughter of Hindu Tamil mother Uma and Goan-origin father Christie Fernandes. Her mother migrated to the UK from Mauritius while her father migrated from Kenya in the 1960s.