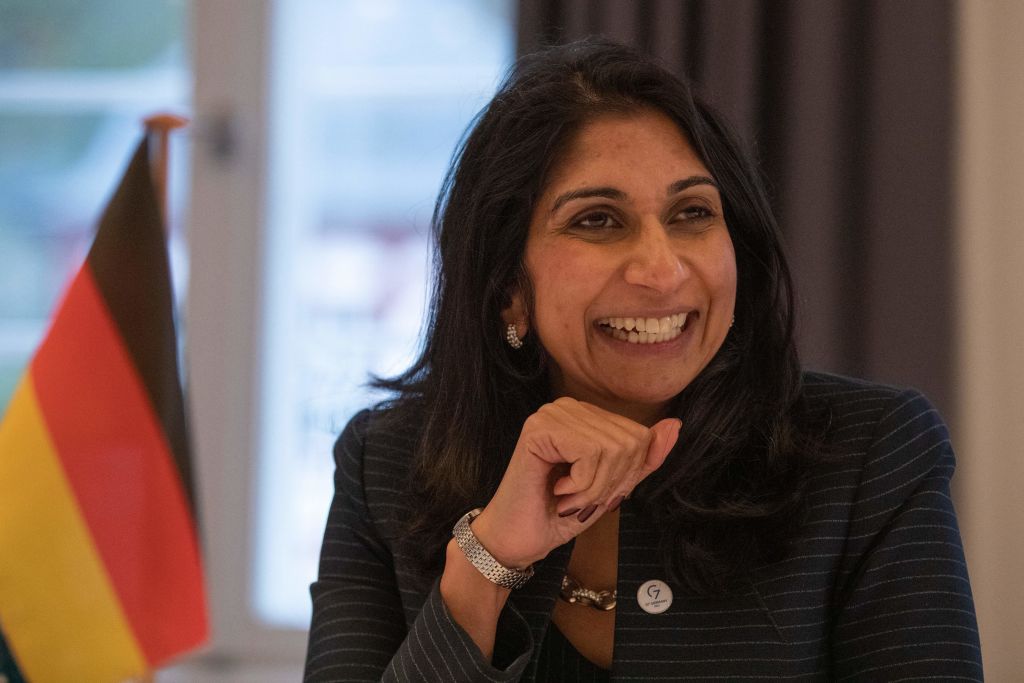 Home secretary Suella Braverman has said the UK will bring operational and legislative changes to stop illegal migrants from abusing the asylum system.

“We are finalising our plan”, she said without specifics in her foreword to a Centre for Policy Studies (CPS) report which proposes “indefinite detention” of all asylum seekers entering the country illegally.

Published on Monday, the report advocates “rapid offshoring” of all illegal migrants to Rwanda and new laws that would make it impossible to claim asylum in the UK after travelling from a safe country.

It also calls for barring illegal migrants from settling in Britain and seeks changes to human rights laws to allow detention and offshoring including, “Britain’s withdrawal from the European Convention on Human Rights” if necessary.

The report, authored by the former Joint Downing Street Chief of Staff, Nick Timothy, says the Modern Slavery Act should be tightened and there should be a statutory cap of 20,000 per year for the number of people coming to the UK through resettlement routes.

Britain’s current laws allow foreigners to claim the right to live in the UK if they are victims of exploitation or trafficking.

While Braverman said she did not agree with everything proposed in the report, she welcomed it as a “vital and necessary contribution” to the policy debate about what the UK could do to tackle illegal crossings of the English Channel.

She said the “fair-minded and tolerant” and “generous” Britons were “fed up with the continued flouting” of the country’s immigration rules “to game our asylum system.”

“We’ve had enough of the persistent abuse of human rights laws to thwart the removal of those with no right to be in the UK,” the Conservative hardliner said, adding “this must end.”

It required further work to “deliver the Rwanda partnership at scale”, remove the incentive for people to illegally cross the Channel and disrupt the networks that facilitate the dangerous journey of migrants across the Channel.

The home secretary said she and prime minister Rishi Sunak would “deliver the operational and legislative changes” necessary to comprehensively tackle the crisis.

More than 40,000 people have already crossed the Channel to the UK in small boats so far this year and the number is expected to top 50,000 by December end. There has been a rise in the number of Albanians landing on the UK’s shores.

There were more than 72,00 asylum applications in the UK in the year that ended on September 30.