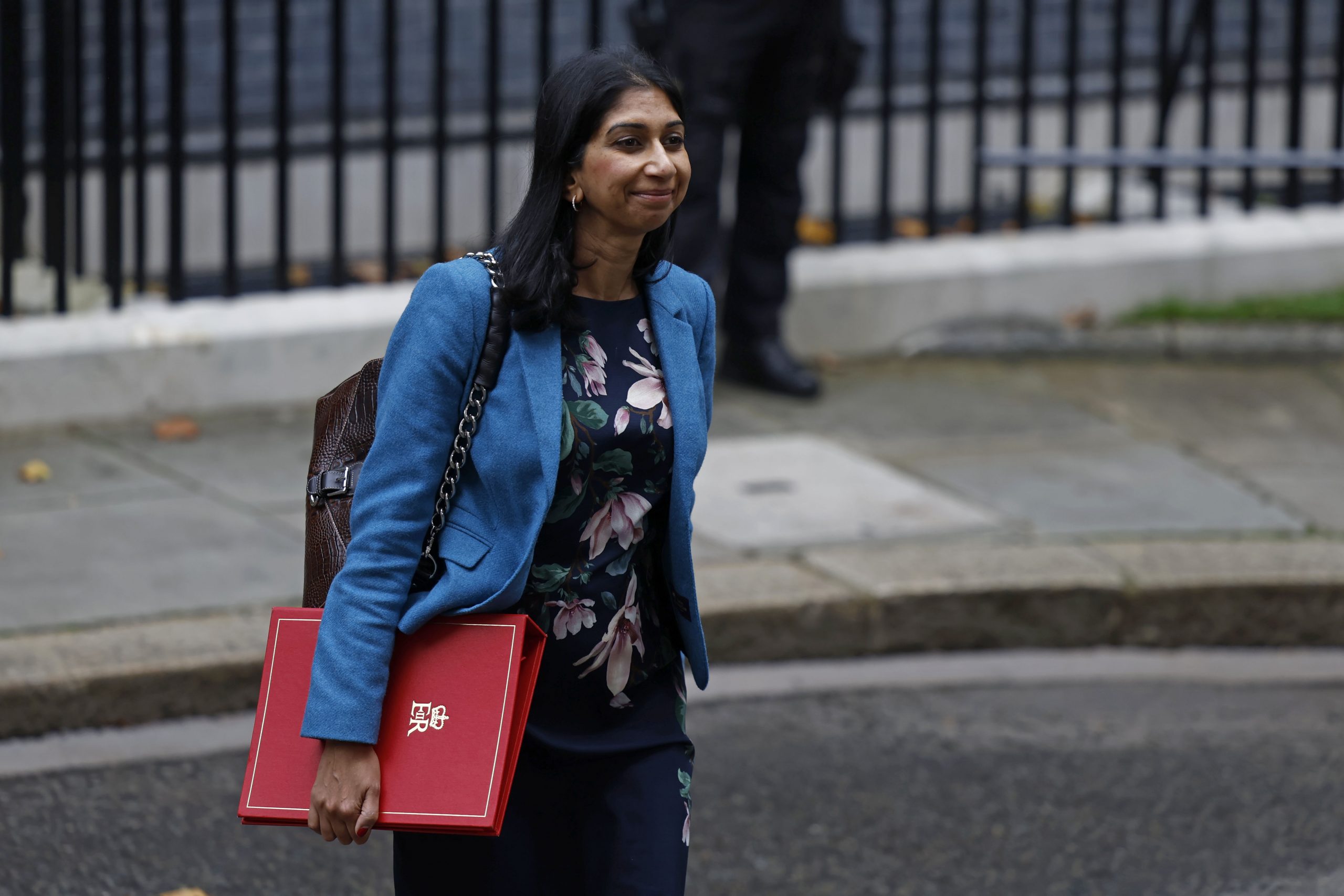 British home secretary Suella Braverman admitted Monday that she had used her personal phone for official documents six times – after being forced to resign over one lapse.

Braverman, who is in charge of policing and domestic intelligence, has been under mounting fire since Prime Minister Rishi Sunak controversially reinstated her to the cabinet on taking office last week.

She was due to speak in parliament later Monday for the first time since being forced out by then prime minister Liz Truss – as another scandal intensifies over the government’s treatment of cross-Channel migrants.

Conservative MP Roger Gale accused the Home Office of “deliberately” allowing squalid conditions including an outbreak of disease to fester at one overcrowded detention facility in Manston, southeast England.

Sunak’s official spokesman denied Gale’s allegation, which added to criticism that Braverman’s hardline rhetoric on illegal migrants is translating into cruelty on the ground.

The prime minister retains full confidence in Braverman, the spokesman added after she divulged new details about events leading up to her resignation on October 19 – the day before Truss announced her own resignation.

In a letter to the House of Commons home affairs committee, Braverman said she had sent government documents to her personal email address six times in total.

But she denied any of the documents were classified, and said on occasion she had been using her government phone for virtual meetings, so had used her personal phone to consult the documents at the same time.

The sixth lapse was when she sent the draft of a ministerial statement on illegal immigration to a close Conservative ally in the Commons, forcing her resignation for breaching the government’s “ministerial code”.

The timeline set out in the letter about the sixth lapse appeared to contradict Braverman’s claims that she “immediately” informed officials when she realised her error.

Opposition parties have accused Braverman of being a security risk — and raised questions about Sunak’s judgement in reappointing her, shortly after she vowed to back him in the Conservative party’s leadership contest.

Senior Liberal Democrat MP Wendy Chamberlain said the home secretary “has admitted breaking the rules on an industrial scale” and “must resign now”.