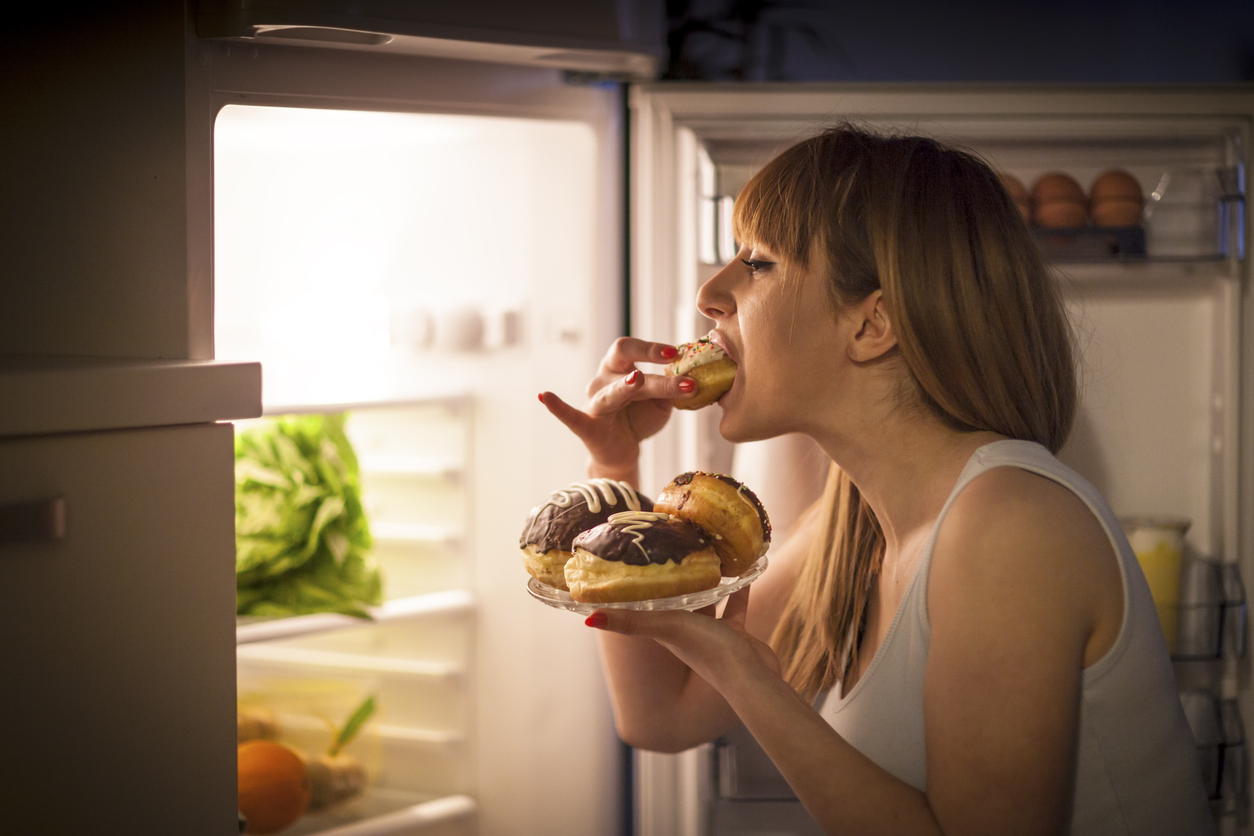 Close up image of a young woman with eating disorder, having a midnight snack – eating donuts, in front of the refrigerator.

Eating disorders are stereotypically associated with adolescents and young adults. Growing evidence, however, suggests that these conditions can occur at any time during a woman’s lifespan, including at midlife.

A new study finds that body dissatisfaction is a primary cause of eating disorders, especially during perimenopause. Study results are published online today in Menopause, the journal of The North American Menopause Society (NAMS). Eating disorders are serious mental health conditions characterized by disturbances in eating behavior and body image that occur in approximately 13.1 per cent of women across the lifespan. The prevalence of any eating disorder specifically for women aged older than 40 years is roughly 3.5 per cent, with specific symptoms such as dissatisfaction with eating patterns being documented as high as 29.3 per cent.

Serious complications such as high mortality and morbidity are associated with eating disorders. These adverse health events are likely to be magnified when present at older ages. However, few studies on eating disorders have included participants at midlife, including premenopause, perimenopause, and postmenopause.

There is some evidence that supports the idea that perimenopausal women have the highest rates of dysregulated eating behaviours (eg, weight-control behaviours such as regular counting of calories or consumption of diet foods) of any reproductive stage at midlife and are significantly different from premenopausal women with regard to body dissatisfaction and feelings of fatness. Although findings such as these remain scant; the association between eating disorders and symptoms of perimenopause (eg, negative mood, depression, and fatigue) confirm that perimenopause may be a particularly risky time for eating pathology.

In this new small study, which sought to investigate the structure of eating disorder symptoms specifically during perimenopause and early postmenopause, the researchers used network analysis statistical models to compare the structure and importance of specific eating disorder symptoms across reproductive stages. Although they admit that larger studies are necessary with this underrepresented female population, the researchers believe that the study confirms that dissatisfaction with body image is a key risk factor for eating disorders across the lifespan, especially at midlife.

Study results are published in the article “Network analysis of eating disorder symptoms in women in perimenopause and early postmenopause.”